Biggest Poker Losses in the History 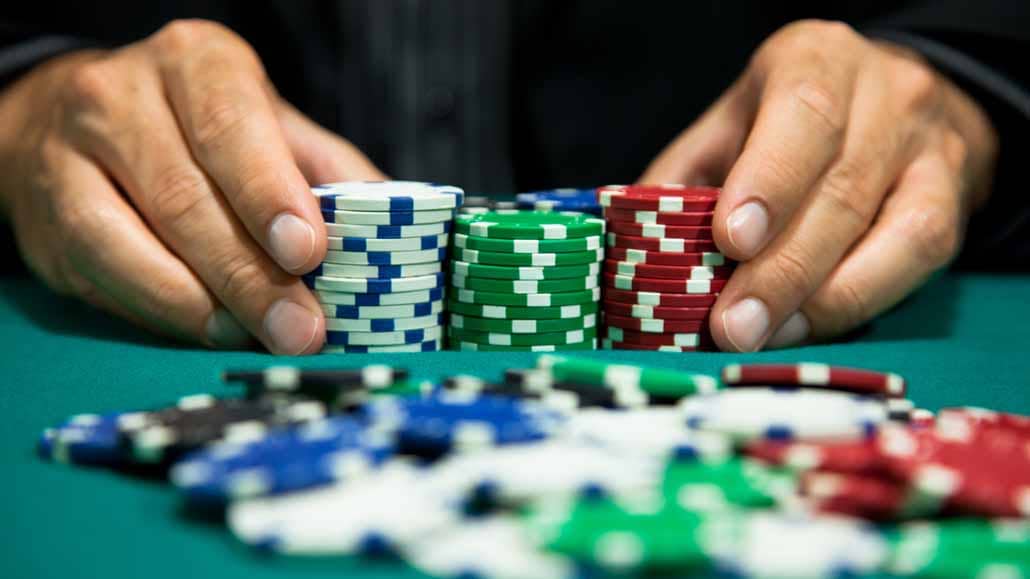 When you sit down to play some Texas Hold’em, you hope to win but also expect to lose. The poker world has seen some massive winning sessions over the years.

However, for someone to win big, someone else usually has to lose big as well. In this article, we’ll focus on some of the biggest poker losses on record that happened over the years, particularly on the virtual felt.

The Allure of High Stakes Games

The game of poker is played and enjoyed by friends sitting around a kitchen table and high-rollers risking hundreds of thousands in every single hand.

However, high stakes games have always had a special kind of allure to them. For some players, these games are about winning as much money as possible. For some, though, they’re more about the challenge and the adrenaline that comes with playing at such stakes. 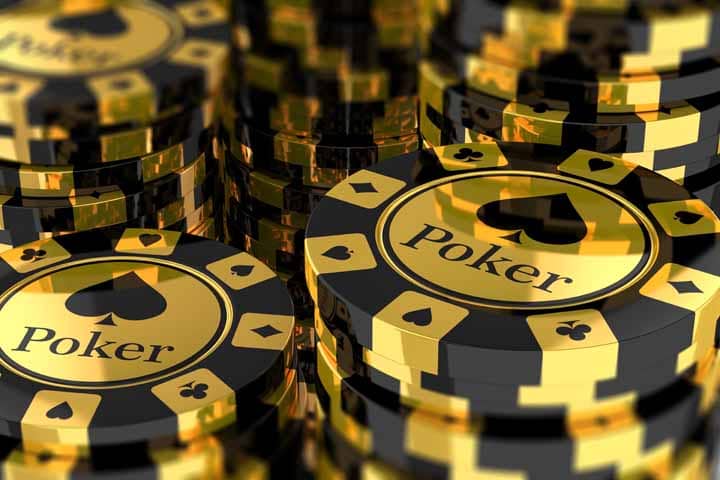 In recent history, we've had a chance to witness some insane games on the virtual felt. In the past, these types of high-stakes skirmishes would take place behind closed doors of a casino or in highly private settings.

Modern poker players aren't as concerned about keeping things on the low. They are always hungry for games, and they'll take them wherever they can find them. Of course, this comes with one caveat. If you have a bad day at the felt, many people will find out about it.

Biggest losses of poker in the history

We often hear of big poker wins when they happen. What we don’t hear about as much are the big losses the poker players go often go through.

That said, some massive downswings have certainly captured the attention of the poker public over the years.

Players who want to go for the glory and challenge the best will often stretch their bankrolls to the limits and beyond. Sometimes, this makes them heroes that everyone admires and looks up to. Sometimes, though, things take a completely different path.

It was a long time ago, but Brian Townsend’s massive downswing in 2010 is still one worth mentioning, especially because it happened over a very short period.

Townsend was coming into 2010 on a high, having won close to $2.5 million on Full Tilt in the previous year.

However, when the variance decided to show its ugly head, there was seemingly nothing the pro could do about it.

Over the first three months of 2010, he lost pretty much his entire profit from the year before, with February being a particularly brutal month that saw him drop $1.3 million.

Things continued to go downhill in the months to come, and, eventually, his ‘sbrugby’ moniker disappeared. Townsend didn’t quit poker, but he never came back to the same position he was in during those few years over a decade ago.

The Rise and Fall of Viktor ‘Isildur1’ Blom

Almost everyone in the poker world knows the story of Viktor ‘Isildur1’ Blom. He took the high stakes community by storm, taking up any opponent who’d give him action. And, for a while, Blom (whose identity wasn’t known at the time) was crushing the game.

His unusual style and the total absence of fear caught high stakes pros off guard.

But, every fairy tale comes to an end, and that's exactly what happened with Viktor. After winning around $7,000,000 in a relatively short period, his downswing started. He dropped all of it back (and then some) before disappearing for a while.

The bulk of his losses was caused by none other than Townsend, who teamed up with a couple of other players to break Blom’s games to pieces and come up with the most effective strategy against the Swedish phenom.

Unlike some others, ‘Isildur1’ didn’t give up. He built his bankroll again, and he was back playing high stakes in no time. He was never able to repeat his initial run, but, after everything, and despite the inglorious finish, he remains one of the biggest legends of online poker. 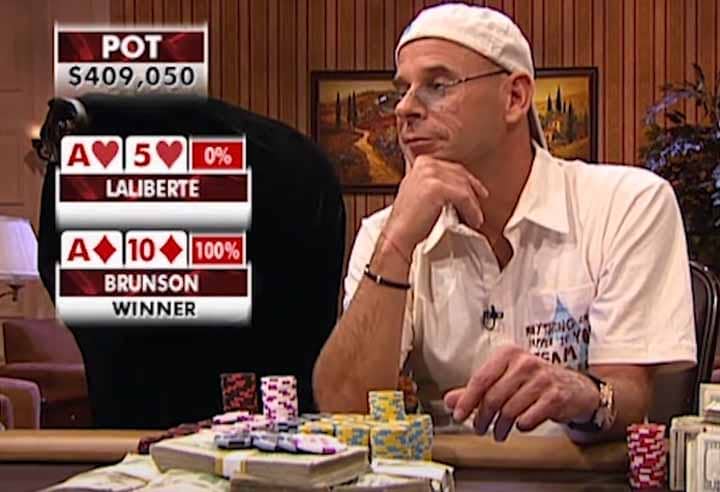 The player going under the alias ‘Notaima’ is one of the biggest losers on Full Tilt Poker, having lost more than $7,000,000 in just a few months of play during 2007.

Officially, the identity of the person behind this nickname is unknown.

Unofficially, it is believed that it was owned by Guy Laliberte, a rich businessman who used to be very active in the high stakes poker community with not much to show for it.

Laliberte is believed to have lost over $30,000,000 playing online under different aliases.

The whole experience turned Guy away from online poker, but he continued to be involved with the game and was the main driving force behind the first WSOP Big One for One Drop $1,000,000 event.

Despite his great track record on the live tournament circuit, Gus Hansen is one of the biggest losers in the online high stakes games, especially looking at pro players.

The Great Dane could never crack these games for some reason, but it took him a while to (sort of) give up trying.

By 2014, his losses on Full Tilt Poker reached the $20 million mark, resulting in a very ugly graph and a hard pill to swallow for the Dane.

He did finally throw in the towel on online poker and focused much more on live games and playing high-stakes backgammon with much more success. 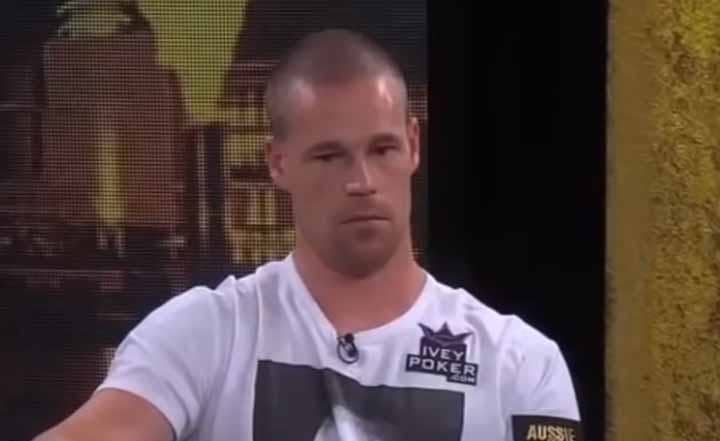 Patrik Antonius is another name you're probably familiar with if you've been keeping up with high stakes poker. He is easily one of the best-known and most successful players around.

Yet, he decided to call it quits on online poker specifically, after losing a million straight.

Losing $1,000,000 may seem like a huge amount, but it's actually not that big of a deal in the games Patrik is used to. His decision wasn’t based on the number of buy-ins he had lost.

Instead, the Finn realized that online poker has changed dramatically with the introduction of all sorts of poker software and that it was a whole different game.

He could have probably spent some time learning how to use trackers and solvers himself and keep up, but he decided he was better off leaving the virtual felt to others and focusing his energy on live games where it’s just you and your opponent staring you from across the table.

Tips On How To Play Poker & Avoid Epic Losses

What's clear from this article is that even the best players in the world aren't immune to losses. There is an element of luck in poker, and everyone can go on a bad stretch.

However, there are certain things you can (and should) do and avoid doing that can help you keep the effects of luck at the minimum.

There you have it. Now that you’ve seen some of these losses, perhaps that $100 you lost in your home game doesn’t feel as bad.

That said if you’re determined to get better and move up in the poker world, check out some more useful poker tips to keep improving your game.

Popular Games Among Poker Players – Which Is Your Favorite?
Scroll to top