Crushing The Biggest Online Poker Myths That You Might Believe 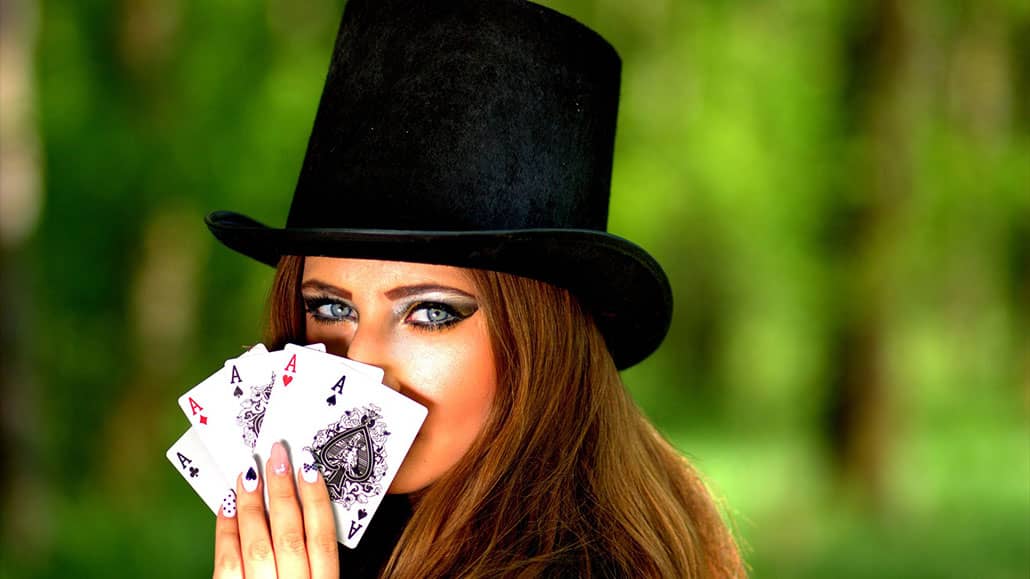 Some players choose to ignore online games just because of several myths floating around, and that can reduce possibilities to enjoy poker whenever you like.

There are both pros and cons to playing the world’s most loved card game online instead of sitting around a green baize with a group of people. And the best part is that you can pick either method based on what suits you best at a particular time.

Today, largely because of online poker, the game is played and enjoyed on every continent and every country on the planet. There are card schools in Nicaragua, poker in Norway, tournaments in New Zealand, the list is endless.

On the flip side, however, several myths have sprung up regarding the online version of the game, and for whatever reason, they’re stubbornly refusing to go away, despite them being blatantly untrue.

Myth 1: Poker is Purely a Game of Luck

This myth pertains to all versions of the game, but there is no better place to start. Anyone who has played poker some poker hands will have had this leveled at them.

Like all myths, there is a kernel of truth to it, but only because there is a certain amount of luck in practically every sport or game.

Overwhelmingly, however – and this is obvious to anyone who has spent any time playing poker – it is a game whose foundations are very much built upon the twin pillars of skill and strategy.

If that was not the case, you could not become a better player by practicing and developing a strategy. It brings to mind the famous quote, “the harder I practice, the luckier I get.”

After all, we see the same poker player at major final tables, so it is clear that it is more than just luck.

Myth 2: You Can Become a Good Player with Play Money 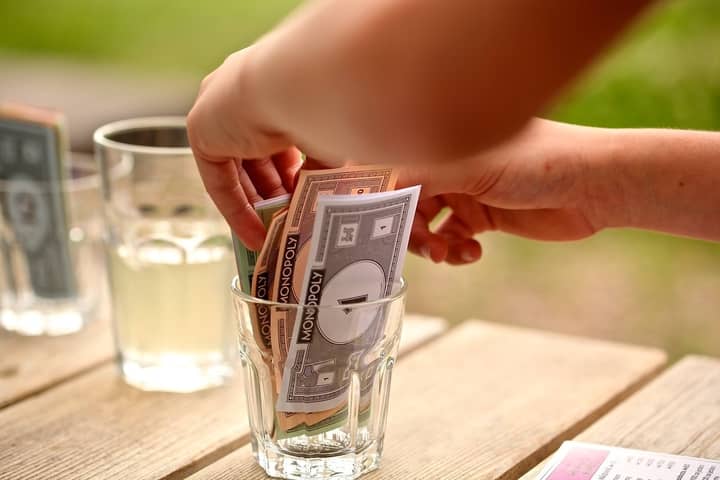 Playing poker with worthless tokens or play money will certainly allow you to learn the rules, but this is as far as it goes. You will see many players doing random bets and ridiculous sizings just because they can’t lose anything real in these games.

It is an entirely different animal compared to playing with real money when there are actual consequences to your actions and decisions.

Far too many times, people become “successful” at games with nothing at stake on sites like Replay poker and then found out they are far from understanding the game as soon as they sit down at the real money table.

So instead of practicing your skills with play money, invest a couple of $ and join real games so that you could learn something valuable.

Without being any clearer, we can categorically say that online poker is NOT rigged. Every online poker site uses a random number generator (RNG) to choose cards from a 52-card deck.

Anyone who says otherwise has merely been on the wrong end of variance or searching for someone to blame.

Of course, there have been many instances of poker cheaters over the years, and even some poker rooms played their part, but figuring out is online poker rigged goes far beyond that.

If there were any disparities in publicly available stats, players would be quick to figure it out using their databases, so it is pretty clear that the games run fair and square.

While there will always be people looking to take advantage of others when there is a lot of money on the line, it does not mean that poker is rigged. 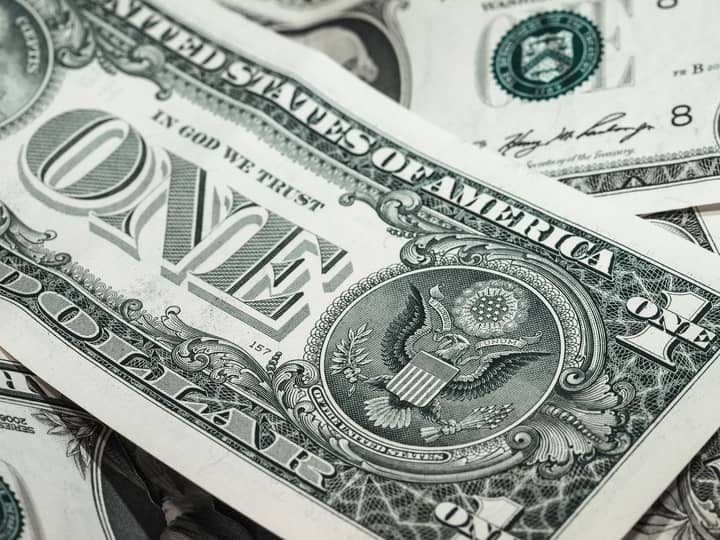 This goes hand in hand with the previous myth and revolves around the misconception that players’ hands are somehow manipulated by the app or company behind the online game.

This “cash out curse,” as it’s often referred to, states that players who withdraw relatively large amounts of money from their accounts are subjected to subsequent runs of bad luck.

This bad luck – so say the peddlers of such myths – is merely the corporation penalizing you for having the audacity to withdraw your funds. This is obvious nonsense.

The company behind the game does not benefit in any way if you have a losing run.

Do not forget that you are playing against the other card players, not the house in poker. Like it or not, the host does not care if any individual wins or loses, and there is no reason for them to cheat since they get their profits from the rake.

Like with the previous example, if that would be true, we would be very quick to see it through various stats.

Collusion is where two players at the same table communicate with each other away from the gameplay (for example, through WhatsApp or Zoom) to gain an unfair advantage.

Let’s be straight. Collusion does occur in online poker, just as it does in the traditional form of the game, where the methods are more subtle.

However, we can be quite certain that it is anything but rife.

To be honest, they do a pretty decent job with it, since if someone gets known as a place where people collude, they will lose a huge part of their business.

That said, there is a much higher risk in unregulated rooms like recent poker apps, so always carefully pick where you play.

Myth 6: There Are More Bad Beats in Online Poker 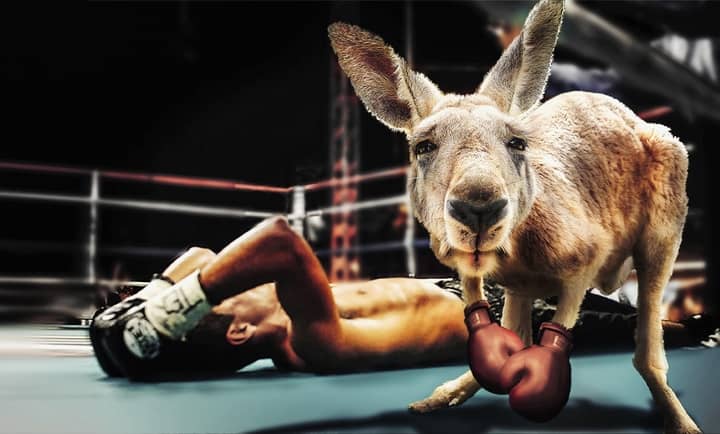 This is perhaps the most often repeated myth surrounding online poker. Once again, it plays into the belief that the deck or an individual’s hands are somehow being interfered with.

As we have already pointed out, this does not happen for several reasons, one of which being that it is in nobody’s best interest for it to happen, especially that of the online poker platform provider.

To manipulate a particular game company would need an enormous amount of effort and money and would involve a high risk of losing valuable customers.

On top of that, tools like Poker Tracker 4 would be quick to notice this, so we can bust this myth.

The major reason this is such a popular myth is that people tend to play more hands in an online game, so the naturally occurring bad beats appear to come round more often.

Myth 7: It is Pointless Playing Online Poker Because you can’t Read the Other Players

It’s true that when you play online poker, you cannot see and therefore read the behavior of your fellow players.

What is not true, though, is that the game now becomes pointless.

If anything, not being able to see your opponents' expressions and mannerisms means that you will focus more on the strategy part.

How quickly they raise or check, for example, or the aggressiveness or not of their raises and general play. This can only be an advantage when you then play the traditional format of the game.

Additionally, with the continual improvements in technology, it probably won’t be long before you will watch and study your opponents on the online version of the game as much as if you were sitting opposite them.