There are many wonderful card games in the world, and most of them are best enjoyed in the company of friends. There are few things more enjoyable than getting together with a group of friends, taking out a pack of cards, and playing a few rounds of your favorite games.

However, not everyone knows all the games played with cards, and that is a crying shame. This article aims to highlight a handful of the best games to play between friends so that you and your pals can try something new the next time you get together.

A little slower pace than the others in this list, go fish is the ideal game for a relaxed evening of chatting, joking, and some light drinking. Of course, there may be more exciting options, but this lovely game will keep you interested just enough that you will not get bored but let you focus entirely on catching up with your friends.

Go fish may not be the best option if you're into more competitive games as it doesn't involve too much (if any) strategy. But, not everything has to be about winning – sometimes you can just relax and enjoy yourself with your friends with a simple game of cards to make things more entertaining.

One of the old classics, rummy is a brilliant way to spend an evening playing cards with your friends and to have a great time doing it. The tactical nature of the game combined with the interaction with other players makes it a wonderful way to keep everyone talking, either about the game or whatever else you might want to chat with one another about. 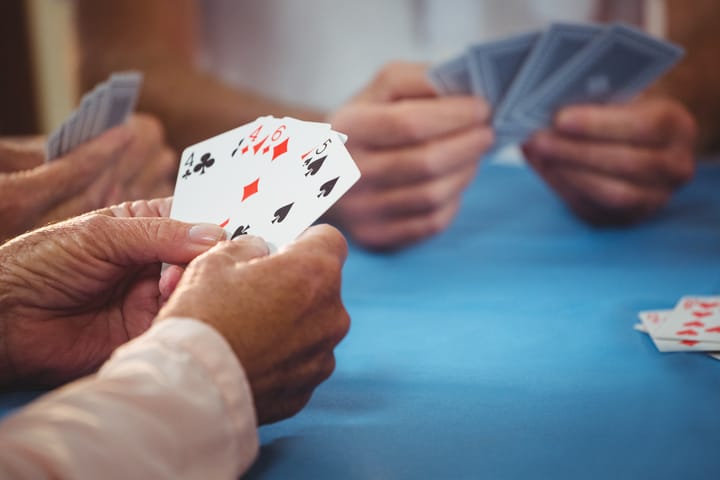 Plus, the rules are simple enough that once you learn them, you are not likely to forget them again. Rummy games tend to last a few hours, so this is a perfect pick if you and your friends are in no rush to go home.

Poker is one of those games that everyone loves playing. The tactical nature and quintessential card game-ness to it simply make the game irreplaceable in a good evening of cards. Of course, it is in many ways a game of skill, and those who really enjoy the game may even find themselves having fun playing poker online.

The best part about picking poker is that most of your friends are probably already familiar with the game.

Poker may have been an obscure activity some years ago, but in recent years, it's seen a huge surge in popularity. Most people have at least seen the game on TV, and many of them have tried their hand at playing as well. 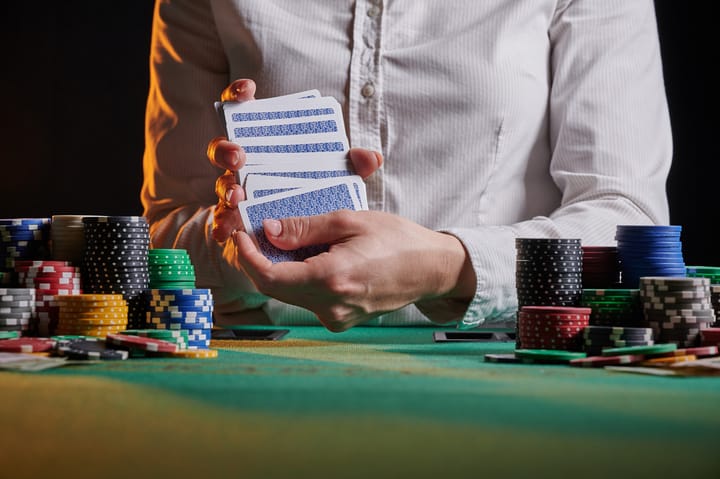 This classic family game can be a whole lot of fun regardless of who is playing. The tactical push-and-pull of trying to whittle down your hand of cards while also keeping from giving the win to your opponents is a truly invigorating experience.

Uno is a simple game, but if you are looking to up the antes, you can always introduce some interesting house rules to make it all the more fun. Remember that there are is no “wrong” way to play Uno. As long as you and your friends are having fun, you’re doing it right – and don’t let anyone tell you otherwise.

Depending on what generation you belong to, you might have a good idea of how to play hearts. It was one of the card games that came as a part of the package with Windows operating systems for a long time, and we’ve all at least tried playing it against the computer players.

As is often the case, the hearts game is much more interesting when played with friends, especially if you hang out with people who actually like a challenging game. There is quite a bit of strategy involved, which adds to the competitive element.

This fantastic game is a wonderful way to waste away a few hours while you wait for a meal or to keep a conversation going as you put down pint after pint. The simple rules of trumps, along with the game's competitive nature, make it a smash hit when everyone is getting smashed.

The game can be played in teams of two, which only adds to the fun element. Of course, after having a few drinks, you probably won’t be making the best decisions (and the game does involve making some decisions along the way), but it’s nothing to worry about. 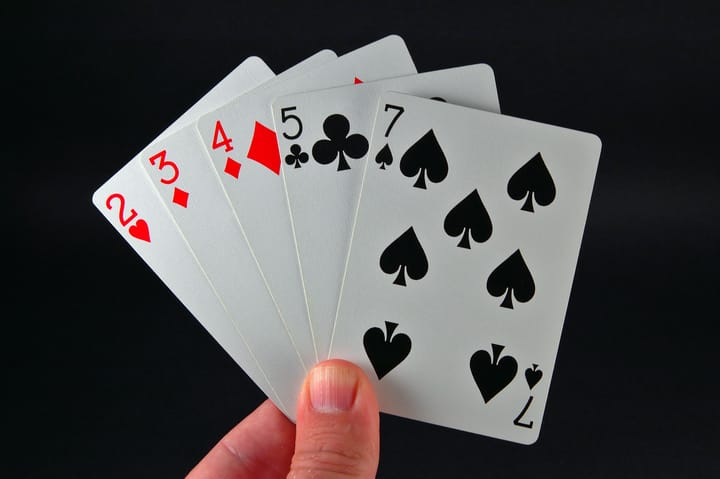 Again, as long as you’re all having fun, you’re doing it right! It’s not like any of you are getting ready for some big trumps’ tournament with a lot of money on the line.

Do not let the name throw you off. This game, while admittedly a little silly, is devilishly tactical and enormously fun to play with your friends. The objective is to play through the deck without drawing an exploding kitten. If you do, you lose.

However, there are cards in the game that can help you avoid drawing cards and force your opponents to play more. You can use these to your advantage and get other players to “explode” away, leaving you the last man standing.

The magic of gathering around an actual table to play some cards has been largely lost in recent years as people move more towards the virtual realm. But it’s never a bad idea to remembers some good, old habits and bring them back.

So, if you are out of ideas for your next friendly meet-up or feel like you need something new to do, why not give a game night go? Pick one of these card games, prepare drinks and some snacks, and you’re pretty much guaranteed to have a great time!