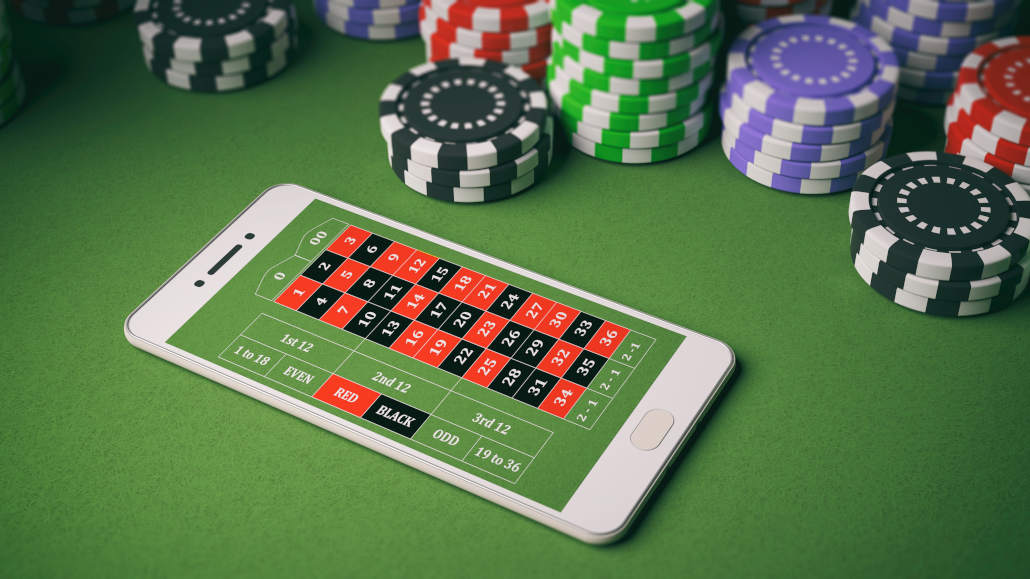 All players have different preferences when it comes to choosing an online casino. Some of them look for slots, where others prefer live dealer tables. Likewise, most claim bonuses, but you can find players that steer clear of wagering requirements altogether.

One of the biggest appeals of gambling online is the freedom that comes with it. Players can choose between multiple casinos and find hundreds and even thousands of games on a single site. From video slots to live dealer roulette and blackjack, gaming sites offer almost unlimited possibilities.

This is something their land-based counterparts simply can’t match. It’s for these reasons that more and more people are turning to online gambling. But, in all this, there is one important aspect to consider that stands above the rest.

Pretty much all gamblers agree that a reputable license is a must for every operator. But is it really enough for a casino to display a license seal? Or are there differences between multiple gambling regulatory authorities around the globe?

These questions are going to be answered in this article by exploring the various entities worldwide in charge of regulating and safeguarding the online casino industry.

Online casino licensing authorities are split into two big categories, one that gives operators access to several jurisdictions, and the other being local authorities that function in certain countries or territories.

While most casino players think the UKGC only handles online gambling in England, its area of activity includes Scotland and Wales as well.

The United Kingdom Gambling Commission is one of the most prestigious and reputable licensing authorities in the globe. It is an example that all other international and local authorities look up to.

Established in 2007, it brought some important changes in the UK's online gambling environment, making it mandatory for any UK-facing casinos to procure a valid license.

Obtaining this license is not as easy as it sounds. The UKGC is one of the most exigent and thorough licensing authorities around.

With a special focus on detailed KYC procedures like anti-money laundering and responsible gambling, any operator that wants to get a license from the UKGC is forced to follow some strict rules and have everything in order.

The United Kingdom Gambling Commission is the issuer of some record-breaking fines towards operators, some reaching up to 13 million. Overall, over 300 online casinos and bookmakers are licensed by the UKGC, while the total number of licenses issued rises over 3,000. 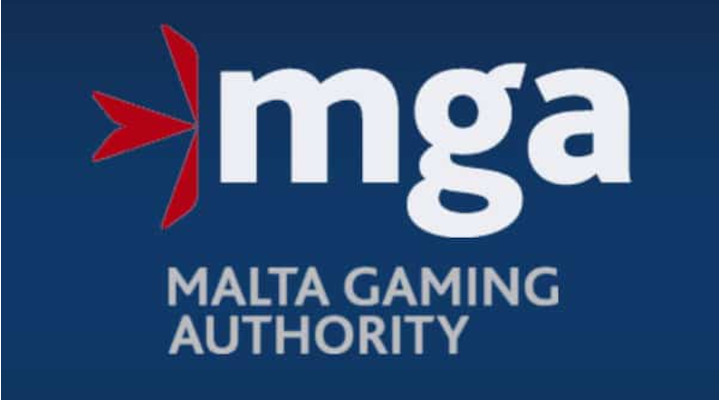 Malta is seen by most industry professionals as the Mecca of online gambling. It was one of the first countries to issue iGaming licenses.

This small Mediterranean country hosts some of the biggest names in the industry, thanks to its EU member status. Being a pioneer in online gambling licenses is one of the reasons why the MGA enjoys that much popularity. The low fees for operators are another important aspect for sure.

Initially, the authority was named LGA, and the name changed in 2015 in an effort to revamp the licensing authority and its practices.

In terms of strictness, the MGA is considered to be more relaxed compared to the UKGC. However, they also have clear KYC, anti-money laundering, and responsible gambling procedures in place.

Any casino equipped with an MGA license can operate in all European states that don't have a licensing authority of their own.

While more and more countries are passing gambling laws and establishing government agencies to oversee online gambling, an MGA license will still give casinos access to markets such as Finland, Canada, Norway, and many more.

Gibraltar followed the footsteps of Malta and its licensing authority, starting in 2005 and implementing legislation that’s very similar to the Maltese one.

They slowly managed to gain prominence in the industry, and the Gambling Acts had a major influence in making online gaming responsible for a record-breaking level of 40% of Gibraltar's GDP.

With more than 150 licenses issued, this licensing authority is certainly going to have an impact in the upcoming years. 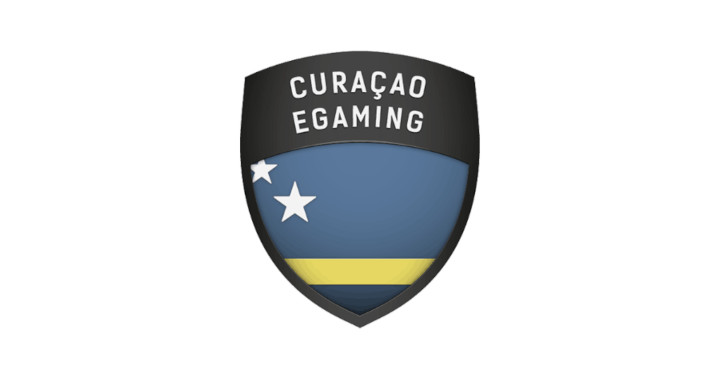 Curacao is another jurisdiction that issues online gambling licenses in several states. However, there’s a big difference in the reputation and popularity it has compared to the MGA or UKGC.

The reason for this is the way the Curacao licensing authority is organized. They first issued what is known as Master Licenses to four operators that were verified and had to comply with a list of regulations.

The problem is that the owner of a master license can issue a so-called “sublicense” or simply authorize other operators to function based on their master license. This led to a series of less reputable casinos using the Curacao license.

To be fair, this doesn't mean that all Curacao licensed casinos are not to be trusted or will deliver low-quality services. Although, a lack of regulations and thorough checks from licensing authorities makes it a lot easier for shady operators to exist and multiply.

Established in the Philippines, PAGCOR is the only notable gambling regulator in Asia that offers gambling licenses to operators. In reality, PAGCOR is the entity responsible for all land-based casino licenses.

FCLRC, the First Cagayan Leisure and Resort Corporation, is the authority handling e-gaming licenses. Both online and land-based gambling have made the Philippines very appealing to all casinos and bookmakers who want to get some traction in the area.

Operators that establish their headquarters here have the benefit of extensive tax credits. However, they’re are not allowed to offer their services to locals.

The Panama Gaming Control Board has been active since 2002. From the beginning, this regulatory authority licensed operators active inside the country and the rest of the world.

Thanks to its good relations with the USA and the rest of the American continent, the Panamese license was targeted by operators wanting to penetrate the US market. The Panama Gaming Control Board has clear requirements making them fairly trustworthy.

The Alderney Gambling Control Commission is located in the British Isles and has put a lot of effort into attracting operators looking for an online gambling license.

Eliminating percentual fees and agreeing to a fixed annual rate collected from each licensee and few restrictions when it comes to targeting various markets around the globe has helped AGCC to become rather appealing. Despite a few complaints every now and then, its reputation is very good.

The Gambling Supervision Commission is located in the Isle of Man and is one of the oldest around, as it has operated ever since 1962. It quickly adapted to online licenses as soon as the trend hit.

Offering long-term licenses and a low taxation system has made its services very appealing to operators. An Isle of Man license is very advantageous for operators of video slots and other casino games as it doesn’t come with any restrictions as to where they can offer services.

Even though the Antigua Division of Gaming is not as popular as the UKGC, MGA, or Curacao, this entity has earned its spot in iGaming history through being part of a significant dispute with the US.

The licensing authority in Antigua and Barbuda argued that the US was violating the General Agreement on Trade Services through its anti-online gambling stance. The World Trade Organization stepped in and ruled in Antigua's favor forcing the US to pay 3.4 million to Antigua back in 2007.

The licenses issued here are mostly trustworthy, but there are no real restrictions on where companies can offer their services.

After checking the entities issuing licenses that allow operators to function in various states, it’s time to focus on the European states that established their own gambling authorities.

As soon as it became clear that online gambling can be extremely profitable through taxation, several states hurried to pass specialized legislation and regulate iGaming internally. This made the international licenses mentioned above no longer enough for operators to access the markets.

Although it’s not the oldest local licensing authority, the list begins with this one because they revolutionized the way countries regulate online gambling. It gained the present powers in January 2019 when Sweden passed new gambling laws that opened up the market for private operators.

It’s considered one of the strictest licensing authorities in Europe, focusing on player protection. Many voices claim that the restrictions in place are too heavy and make Sweden an unappealing market for operators.

In 2014, Comision Nacional del Juego was appointed as a regulator and overseer to the recently regulated online gambling. Like many European jurisdictions, Spain chose to go with a very cautious and restrictive approach.

The iGaming market, including online poker, became self-contained, with players unable to interact with the international competitors. A long list of operators applied for a license issued by the Spanish gaming Commission despite its high taxation rates, and things seem to improve year by year. 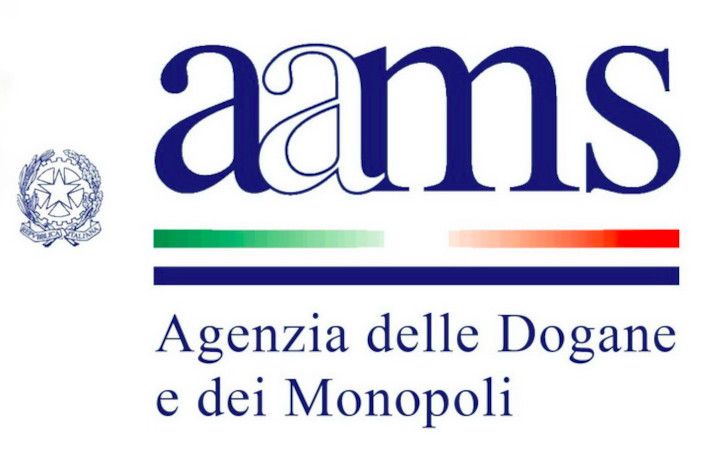 The AAMS is the online gaming regulator in Italy representing the Italian authorities’ efforts to modernize their gambling laws to comply with European Commission directives. It offers licenses to all kinds of operators that want to address the Italian market.

The 20% tax on Gross Gaming Revenue means that only the top operators could be successful in the Italian market.

Online gambling was regulated in 2010 in France. The law established the Autorite de Regulation des Jeux en Ligne as the overseer of this new industry. This entity issues licenses to operators wanting to deliver their gambling services in the country.

With France being one of the largest betting markets in Europe, it needed a proper set of rules and a solid framework. However, the way ARJEL handles online gambling was criticized mainly due to the high tax rates. Many operators claimed the high fees left them unable to run competitive promotions and services.

KSA in the Netherlands

After a prolonged period with no proper gambling legislation, Netherlands put everything together for a “fresh start.” The country asked all operators to withdraw from the market until the appropriate framework for licensing was put into place.

The KSA, ready to start handling online gambling licenses, received twenty-eight license applications on the 19th of April. The 1st of October 2021 is the start date for the new licenses, and fees are quite steep. A Gross Gambling Revenue tax of 29% and a problem betting levy of 1.75% are included in the gambling laws.

There are two kinds of licenses, the first being for online betting and the second for all other online games of chance, such as slots, keno, blackjack, roulette, etc.

The price for an online betting license is set at 3 million, while the other one costs only 2 million. Each license holder needs to pay a 35% Gross Gaming Revenue tax, and only players aged 21 or over can play.

The list of European countries that established individual online gambling authorities is a long one. Although, the regulations in place are similar as the nations seem to get inspired from the same sources.

The online gambling environment is always changing, and many jurisdictions are still trying to find the best way to regulate this industry. So, it's a work in progress, and it will probably continue to be so for the foreseeable future. 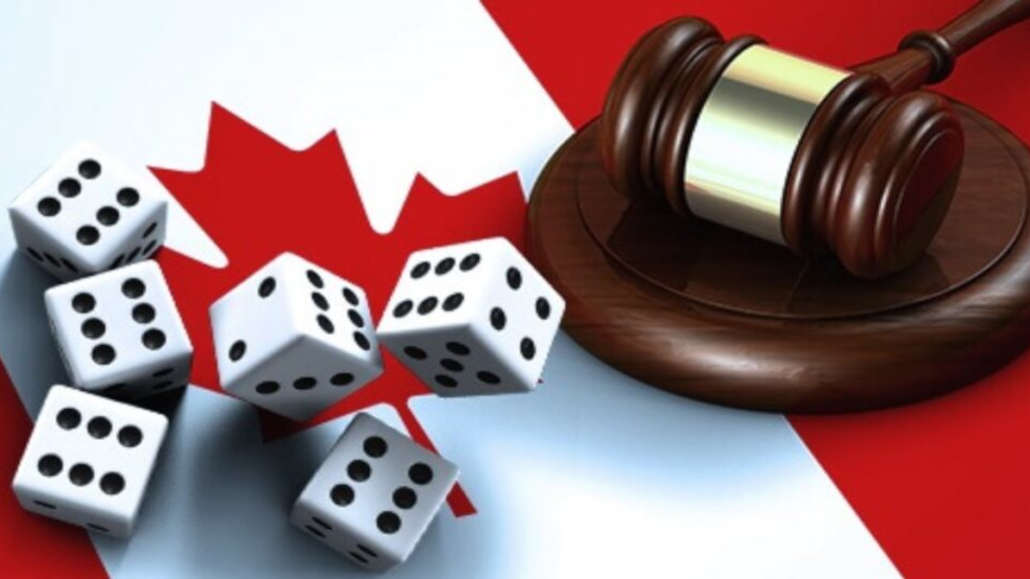 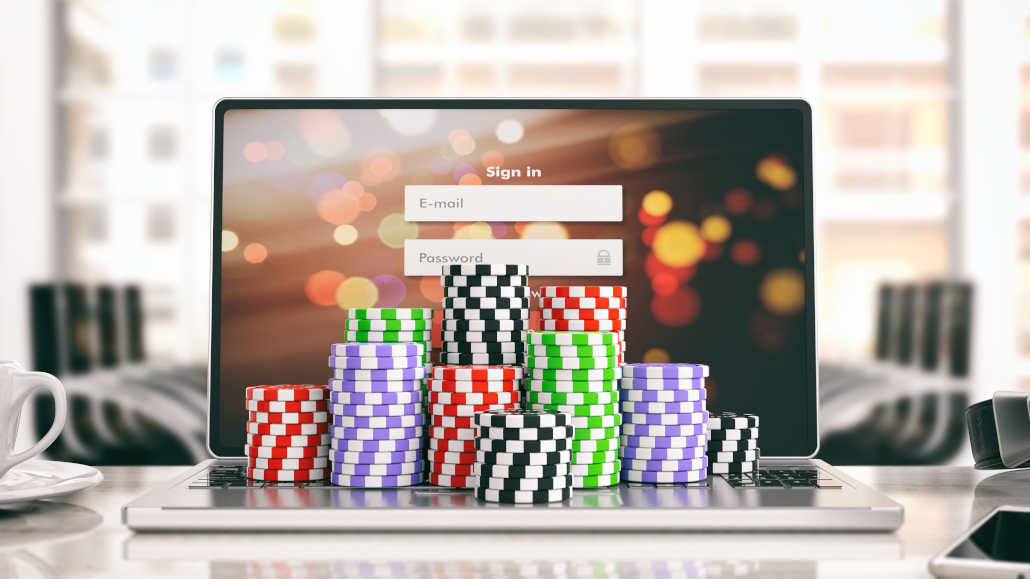 Poker Online – How to Play a Successful Game? 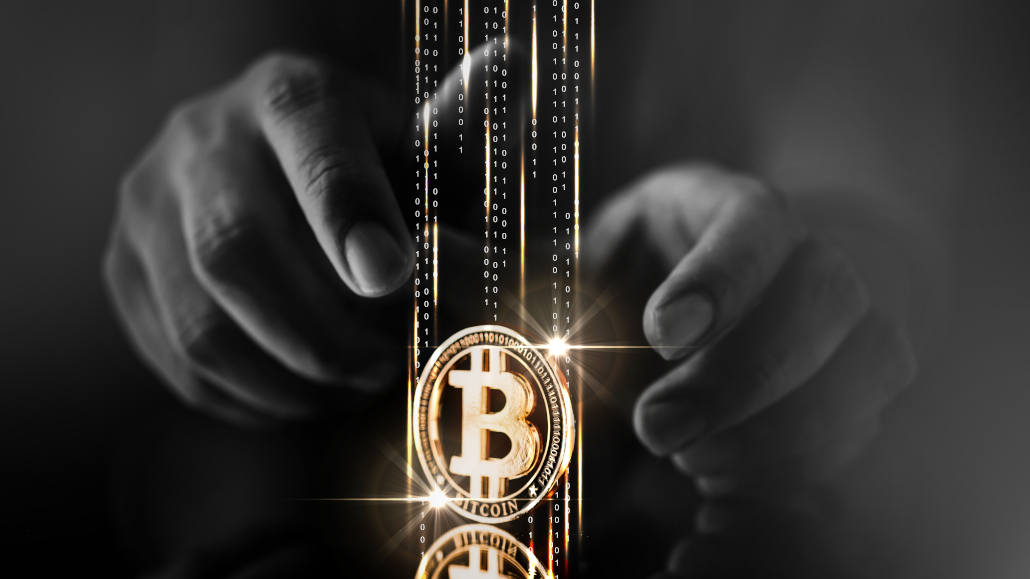 Blockchain-Based Poker – How Is It Changing the Game? 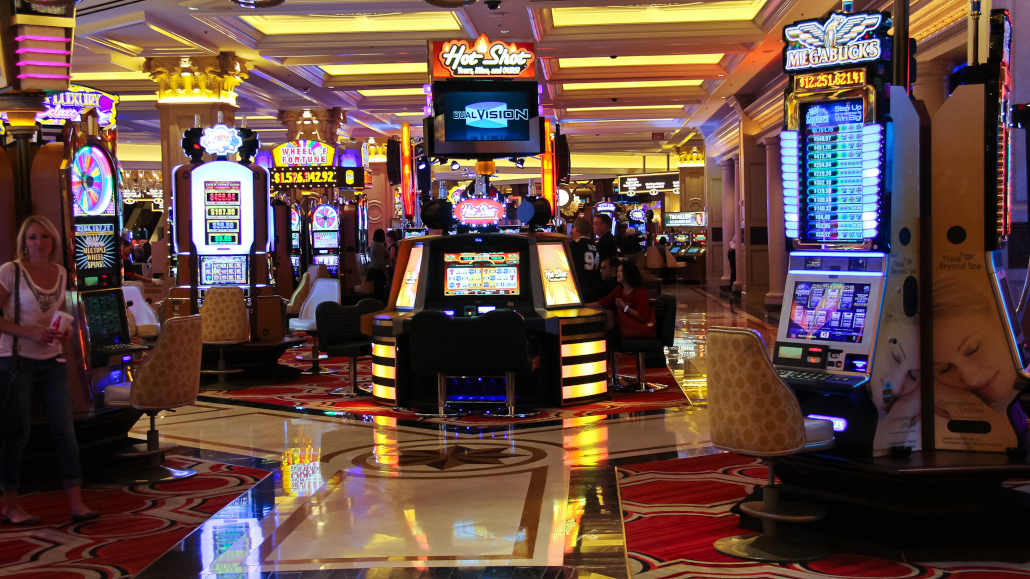 Top Things Every Beginner Should Try at the Casino