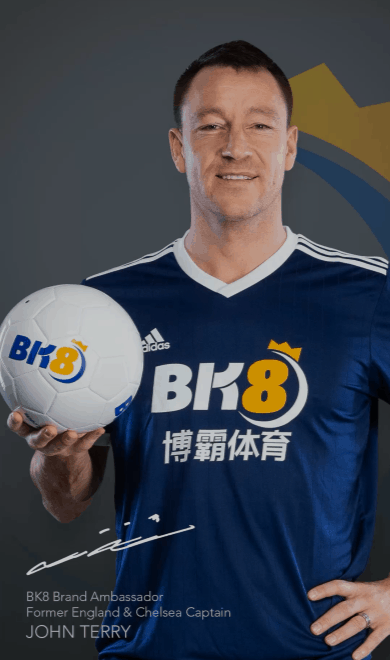 The deal and appointment were announced in February 2019, and we already can see some results kicking in.

In an interview upon his appointment as BK8.com’s brand ambassador, he said:

“I’m excited to begin this partnership with BK8.com! They share my great passion for football and I’m looking forward to playing a role in their many future plans to promote the brand to new and existing players throughout Asia.”

Now, BK8.com owns the authority and rights to use John Terry’s image in all kinds of marketing campaigns and advertising platforms regarding BK8’s businesses all across Asia, and they will try to get the most of this deal.

So how it is working out?

Throughout the past three months, John Terry has been a part of several BK8’s marketing campaigns. For example, Chinese New Year Ang Pao and BK8 Thailand Songkran campaigns, with great success.

It was proven that his appointment has significantly helped BK8.com to grow its brand visibility. In the recent Songkran campaign that was targeted to regions in Thailand, BK8 gained a significant number of traffic to their site.

We can easily assume that with the addition of John Terry, BK8 will have even more room to grow and develop as the best online casino in Asia.

Does it worth to have an ambassador for a gambling site?

BK8.com is one of Asia’s biggest and most trusted online casino brand that have attracted millions of players to join and play even before signing in John Terry. They not only have Texas Holdem poker games but offer many other playing options as well.

His appearance in marketing campaigns have substantially boosted the traffic, and many new players have signed up, which is the ultimate goal.

So from the first look of this deal, we can guess that this collaboration will pay for itself and we can see more brand ambassadors joining various sites in the near future if this ends up being true.

If you want to dig deeper into advanced poker strategy, learn more about playing draws, check-raising, bluffing and other vital concepts, you can always check out my complete training program “Poker Formula For Success” and make your life even easier at the tables!

How Strategic Thinking Can Improve Your Poker Game
Scroll to top