Win a WSOP Trip for Just One Cent at 888poker 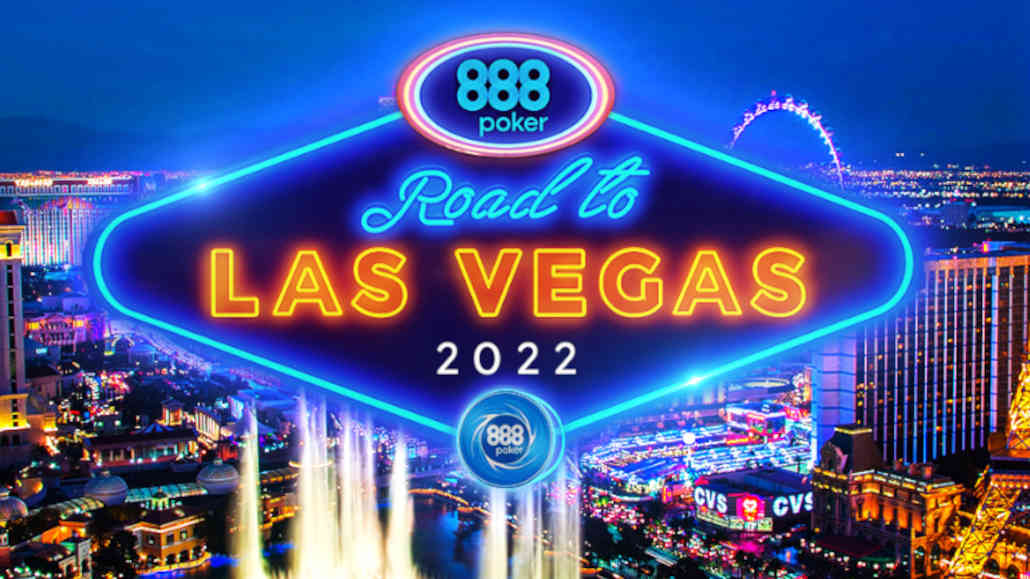 The World Series of Poker (WSOP) 2022 if fast approaching, with the first cards set to be up in the air on May 31st at the brand new location on the Strip.

With this in mind, players around the world are looking for ways to get to Vegas this summer and take at least one shot at the biggest poker festival in the world.

Like every year, online poker sites are offering plenty of opportunities to get there, with 888poker being one of the operators sending players to Vegas.

Even though GGPoker is the official partner of the WSOP, other poker sites are allowed to offer satellites to WSOP in some form, and 888poker’s Road to Las Vegas promotion is one of the most exciting opportunities this year.

If you are looking for a way to play in this year’s WSOP, keep reading and find out the details of the Road to Las Vegas promotion, which may allow you to win your seat at the Series for as little as $0.01.

Road to Las Vegas is a promotion hosted by 888poker that allows players to compete in tournaments at the site and win their trip to the 2022 WSOP.

These packages are given away through $1,050 satellite tournaments, which are hosted at 888poker on Sundays, but seats into these can be won for a lot less.

In fact, the first steps of the Road to Las Vegas promotion start as low as $0.01, which means literally anyone who plays poker can compete for a chance to win a seat at the WSOP this year.

You won’t need a big bankroll to win a Road to Las Vegas package, but rather a whole lot of patience and some serious poker skills to beat the large fields of players competing in these low buyin events.

Of course, you can also skip the lowest buyin satellites and jump into any of the steps along the way. Or, you can simply buyin straight into the $1,050 qualifiers if you have the bankroll to fight for WSOP seats in these.

The opportunities to win a Road to Las Vegas package will keep going in the coming weeks, but with WSOP just over a month away, the time to win your package is now.

Knock Out Chris Eubank Jr for a Vegas Package

The satellites for the Road to Las Vegas package are not the only way to win either. 888poker is also offering a chance to win a package in the $160 Event #22 of The Knockout Games Series on May 1.

This series is also yet another opportunity to build up your bankroll ahead of the WSOP. Grinding hard on 888poker this May could be a great way to prepare for the WSOP both mentally and in terms of your tournament poker sharpness!