Canasta Rules – Learn How To Play This Fun Card Game 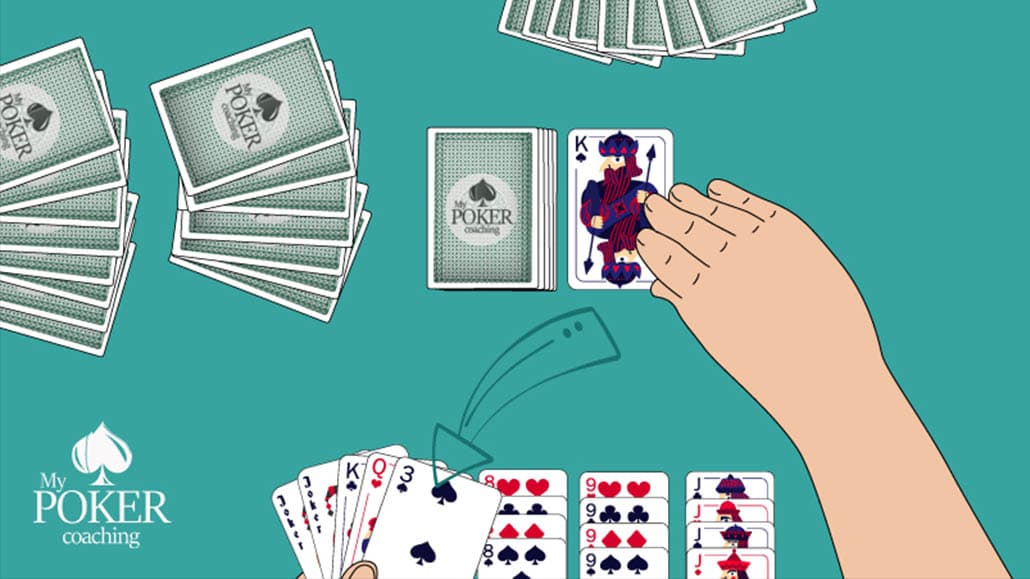 Canasta Rules – Learn How To Play This Fun Card Game

If you're looking for a simple card game that you can learn and start playing in a matter of minutes, this one is probably not for you. You'll have a much better time learning even poker rules as canasta just wasn't made with simplicity in mind.

This isn't to say that the game can't be a lot of fun once you get the hang of it and figure it out.

Canasta rules are quite complicated, primarily because there are many moving parts you'll have to worry about during any individual hand.

Like with most card games, once you learn how to play canasta and have played a few times, it will all become much easier.

You'll still make some mistakes here and there, but these will become fewer in numbers with each new hand you play.

If you're looking to learn the rules of the canasta card game, you've come to the right place. This article will teach you everything from start to finish, but you'll need to pay attention and read it carefully. 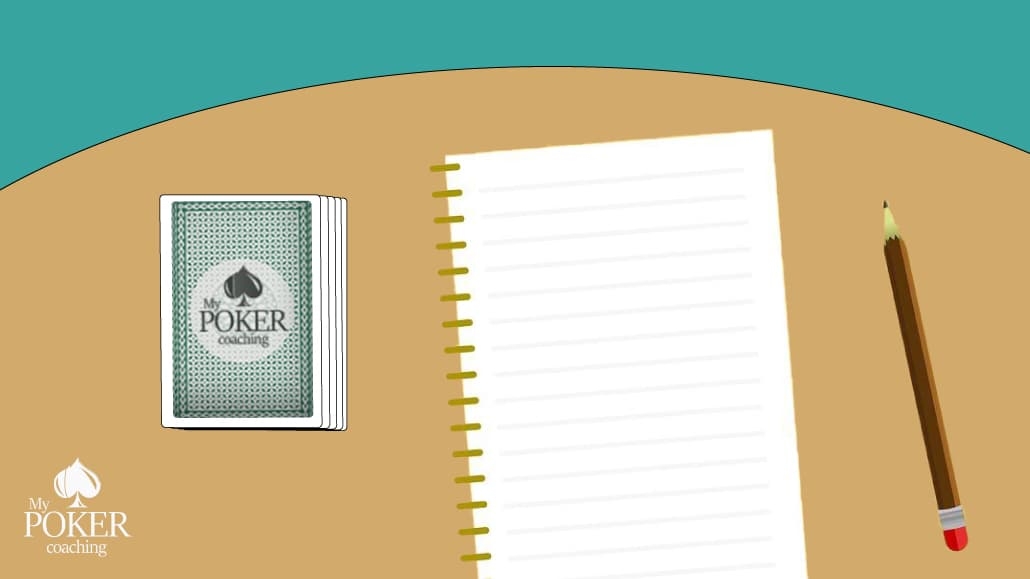 Canasta is a team game usually played by four players in two teams. During the game, you'll need to cooperate with your partner to some degree to score the most points possible.

That's pretty much all there is to it as far as logistics go.

The final thing required to play canasta is a pen and a simple piece of paper to track the score.

So, while the Canasta card game is quite complicated, you at least won't need to go shopping for any special items like in the Cribbage game to get started.

If you're into card games in general, you probably already have everything that's needed kicking about your house. 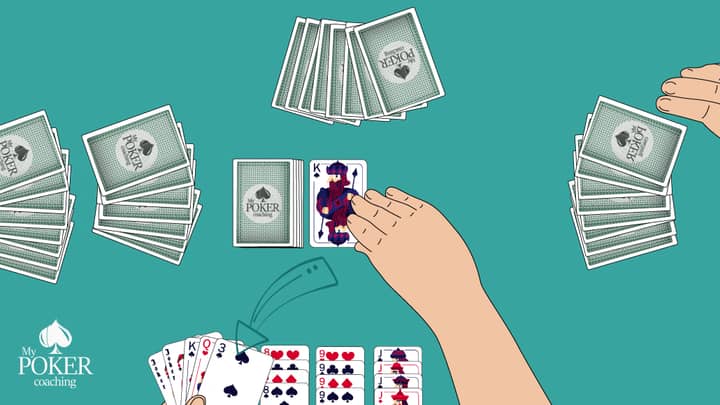 In some ways, canasta rules are similar to those of rummy, but they aren't as simple or as easy to learn.

If you do have a rummy background, though, it should be much easier to figure this game as you'll already have an idea about the concept of melds and trying to go out by getting rid of all the cards in your hand.

The goal of canasta is to reach the accumulative total of 5000 points between you and your partner. To get to this goal, you'll need to play at least a few hands.

The first team to get to 5000 points wins the game.

The main way to earn points in Canasta is by forming melds and placing them on the table. Melds can only be formed with cards of the same rank and wild cards (jokers and deuces). You can't use sequences to make melds. 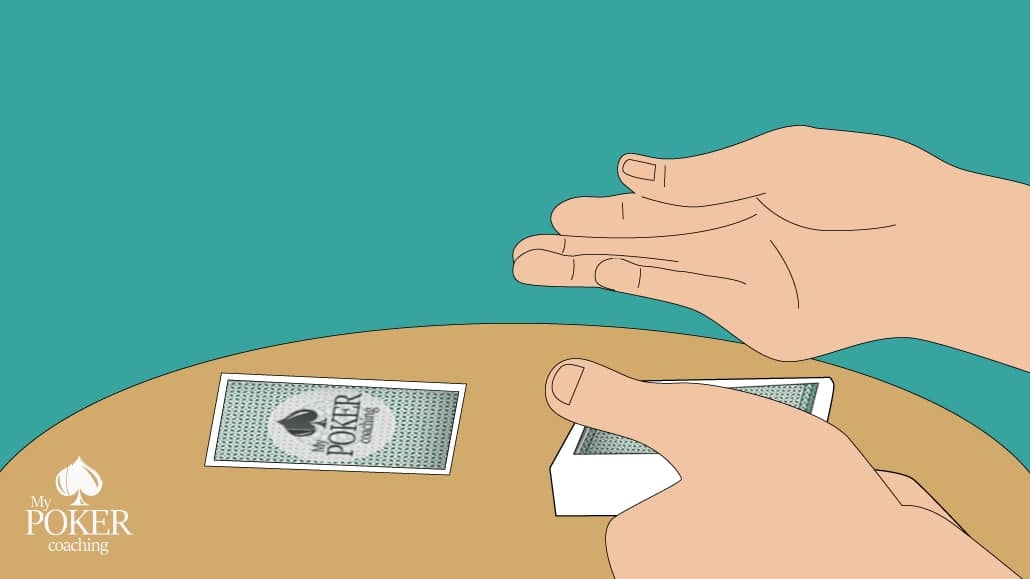 At the start of the round, all players are dealt 11 cards each, face down. The dealer starts with the first player to the left and hands them one card, and continues the process, moving clockwise.

Once all players have 11 cards in their hands, the rest of the deck is placed in the middle of the table to serve as the stock.

With this, the dealing part is done, and the game can begin. You'll find out more about how to play canasta in just a moment, but there are first a few more things that need to be explained.

As already mentioned, your team's goal in canasta is to reach 5000 points. This is a big number, which suggests that scoring in canasta is quite complex.

Points are always calculated at the end of a hand once one side successfully goes out.

The first order of business is looking at the melds on the table and adding up values, according to these rules:

According to the above rules, when one player goes out, all remaining players will also receive negative points for any cards left in their hand.

If you end up with a King and a 7 in your hand when the round completes, your partnership will get -15 points.

Natural canastas contain no wild cards, while mixed canastas are those containing at least one wild card.

The additional bonus of 100 points is awarded to the team that goes out, i.e., when one player gets rid of all cards in their hand.

If the player going out has no cards in front of them (except for tabled red threes), the going out bonus is doubled to 200 points. 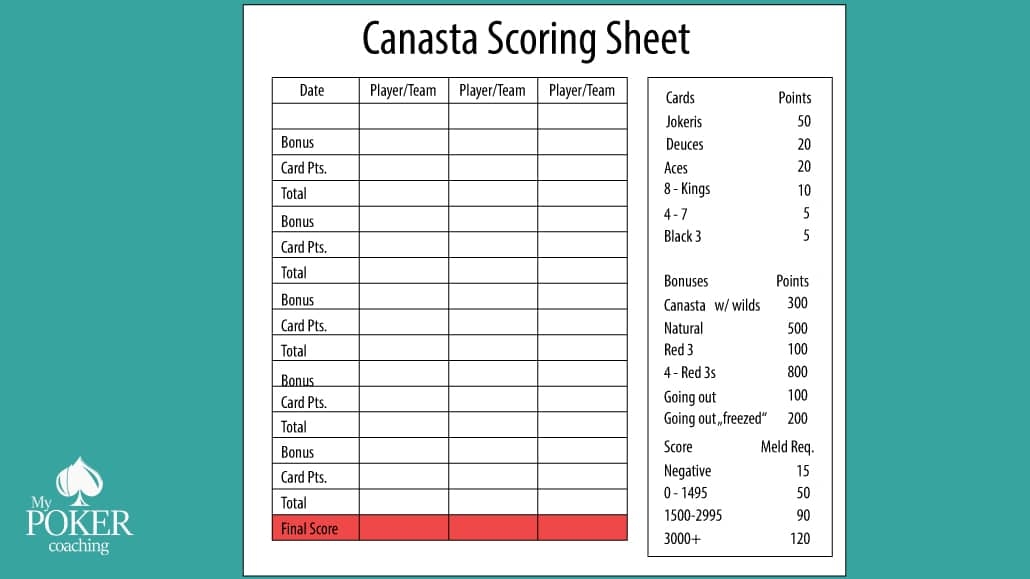 Power of Red Threes in Canasta

While deuces are wild in Canasta and can be used to form or extend melds, red threes play a different special role in this game.

Namely, these cards are never used to form melds. Instead, a player will table a red three as soon as they get it and draw another card.

Each tabled red three is worth 100 points at the end of the round. If one team manages to table all four red threes in a round, their score is doubled for a total of 800 points.

For new players, remembering all this information can be difficult. Luckily, we created canasta cards where all the scoring information is readily available at a glance, and you can download it by clicking here.

You'll definitely want to have this canasta card handy for the first few games you play.

How to Play Canasta Card Game 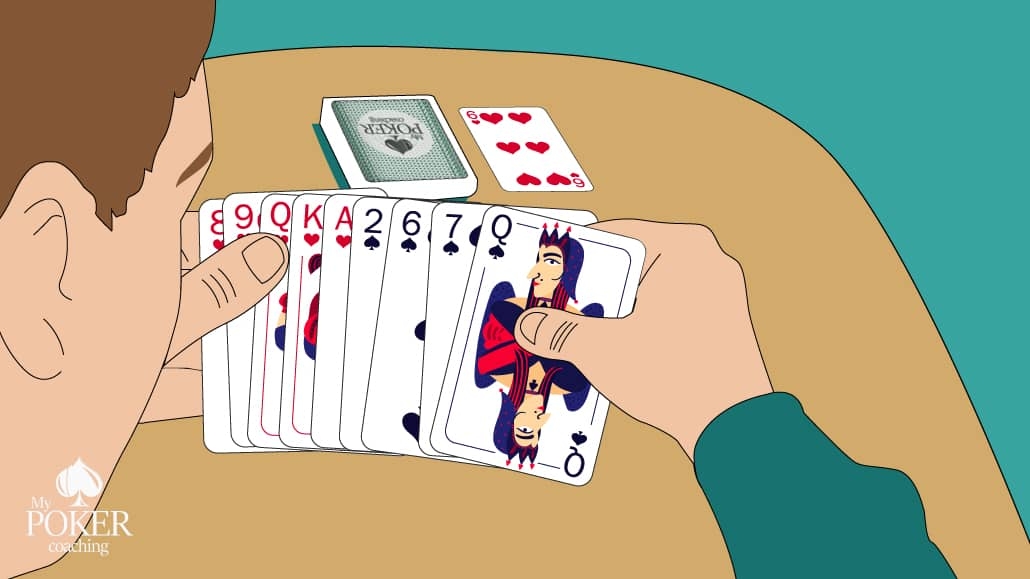 Now that the boring part is out of the way, you can actually get down to business and learn how to play canasta.

The playing part is quite complicated as well, and you shouldn't expect the gameplay to be as simple as in Go Fish, but it gets easier with time.

Playing a hand of canasta

Once all players have their 11 cards as described earlier, the rest of the deck is played in the middle to serve as the stock.

The dealer then turns over the first card from the stock and place it next to it, face-up, to start the discard pile.

When a discard pile contains a deuce, whether from the initial draw or because one of the players decided to discard it, it is blocked, and special rules apply. These rules will be explained in a minute.

Once the discard pile is started according to canasta rules, the action begins with the first player to the dealer's left.

If the first player to act has any red threes in their hand, they'll place them onto the table in front of them, face-up. Then, they'll proceed to draw the card.

You have two options when it comes to drawing a card:

Before passing on the action, the player has an option to place completed melds onto the table and add cards to any existing melds placed by them or their partner. 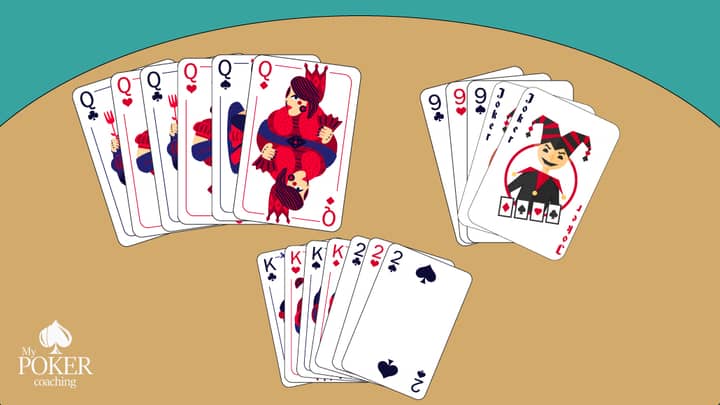 In canasta, melds can only be formed with cards of the same rank, for example, Kings or Fives, and wild cards (jokers and deuces).

You can have as many cards as you want in a meld, but there are a few important rules to keep in mind:

Melds containing seven or more cards are called canastas and bring additional points, as explained in the canasta scoring section.

You don't get any special bonuses for canastas containing eight, nine, or more cards. You'll get the canasta bonus and points for the card values, but canasta is only worth 300 or 500 points, regardless of the total number of cards it contains.

Finally, rules pertaining to the initial melds' total depend on how many points your partnership has. Depending on your points' total, these are requirements for the first melds of a round: 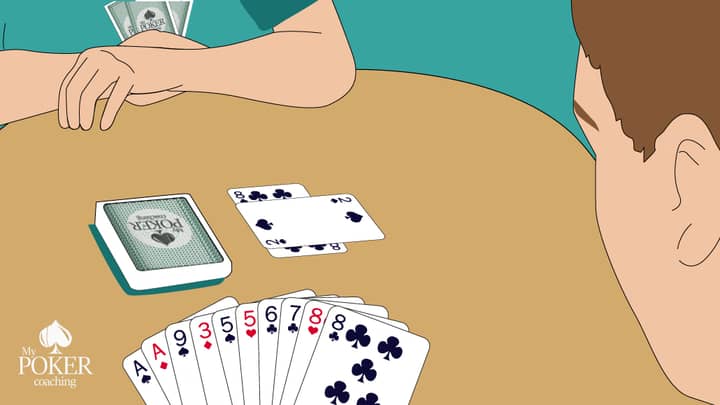 There are two ways you can block the discard pile in the canasta game. The first one is by playing any black three when you're done with your move.

Discarding a black three will prevent the opponent from acting after you by taking a card from the discard pile.

The other way to block the discard pile is by throwing away any deuce.

When you discard a deuce, it will be placed sideways onto the pile and will block all players from taking cards from the pile until they're able to use the discarded card to form a meld of their own.

If a deuce is played, you can't take a discard to add it to any existing melds, limiting your options.

Going Out in Canasta

The play in canasta will continue until one player manages to get rid of all of the cards in their hand. However, you can't do this whenever you want, even if you have the melds to do it.

To go out, you'll need to have at least one canasta completed between you and your partner.

When there is a canasta on the table, you're allowed to go out by getting rid of the remaining cards in your hand (by melding them or adding them to existing melds) and throwing away your last card onto the discard pile.

Canasta rules allow you to verbally communicate with your partner.

If you're ready to go out, you can ask the partner if they think you should do it. Depending on what cards they're holding at the moment, they might tell you to go ahead and do it or ask you to wait.

Once a player goes out, the round is over, and points are added up according to the canasta scoring rules described earlier.

Final scores are then recorded, and the new hand of canasta can begin! The game will continue until one team reaches the 5,000 points mark. 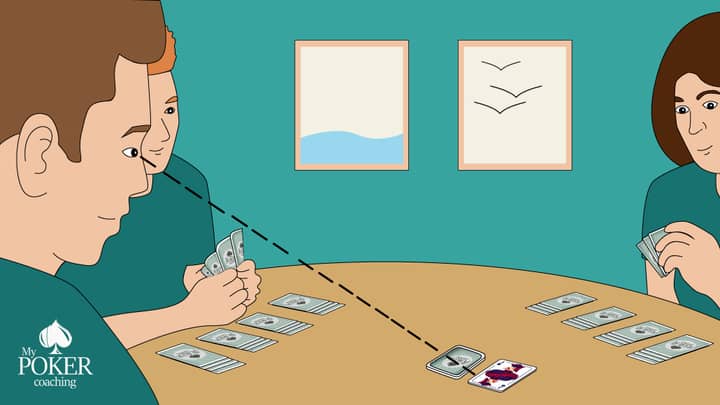 While the number of canasta tips and guides is not nearly as big as that of poker tips you can find online, the game does involve some strategy.

Learning at least some basics should help you quickly improve your results.

One of the most important things you'll want to focus on when playing canasta is keeping track of the discard pile.

Knowing what cards you can find there can be of great value and help you figure out the right moment to claim the pile and achieve the maximum number of points.

You want to keep your deuces for as long as possible as these are very powerful cards that open up your options.

However, always be careful not to hold on to them for too long as you don't want to end up with one or more of them in your hand when the opponent goes out.

Locking the pack with a deuce can be a valid strategy, but it doesn't make much sense if no one has put out any melds yet. So, don't do it just for the sake of doing it.

Finally, try to hold on to your black threes for as long as possible.

These can come in handy in some situations to make the game harder on your opponents, and you're in no rush to throw them away.

If you have three or more, you can always meld them when the time comes to go out.

Canasta: A Complicated but Fun Game

After reading this rather extensive article, you should know all there is to know to start playing canasta.

Don't worry about making some mistakes initially, as this is bound to happen in a game with so many rules and exceptions. After all, it just a card game, and you're in no rush.

And, if this article didn't give you enough to think about, feel free to check out our article on poker GTO strategy. After reading that, canasta may not feel that complicated after all.