5 Card Stud Poker Rules – Learn How to Beat This Game

Today, when you say the word “poker,” most people presume you’re talking about Texas Hold’em. This is, after all, the most popular type of poker in existence today.

However, before Hold’em, there were many other poker variations, and 5 card stud used to be among the more popular ones.

Today, you won't find many casinos spreading this old game, but a good poker player knows they should be ready for anything. You never know where you might come across a juicy game that includes something other than Hold'em or PLO.

In this article, I’ll teach you how to play 5 card stud, just in case you happen to need it. The good news is that this isn’t a particularly hard game to learn, at least as far as 5 card stud rules are concerned.

The other side of the coin is that this game, just like any other poker variation out there, will require you to learn some new strategy tricks to beat your opponents and make money in the long run.

Let's start by learning the basic 5 card stud rules. These are quite straightforward, so you should have no problems memorizing them. Plus, if you have experience with other stud games like 7 card stud, these things will come naturally to you. 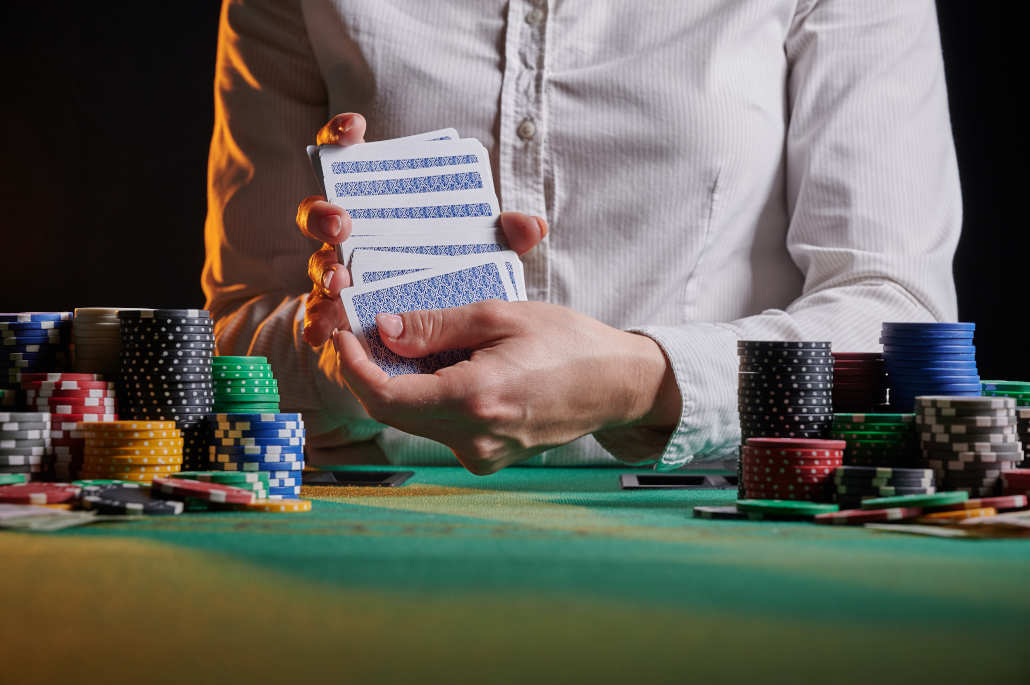 Five card stud uses a betting structure that’s standard for stud variations. Instead of blinds, all players are required to post an ante before the first card is dealt. Everyone puts in the same prearranged amount into the pot.

Then, the deal begins.

The dealer will start with the first player to the left of them and deal each player one card face down, moving clockwise.

After that, they'll repeat the process, with each player receiving another card, this time face up.

At this point, the player showing the lowest card will have to post the “bring in.” This is usually a quarter of the big bet.

The first betting round starts with the bring-in player and continues around the table. Once it completes, the dealer will deal another card face up to all still active players in the hand, followed by another betting round.

The fourth card is then dealt face up, and there is another round of betting, followed by another face-up card and the final betting round.

So, to sum up the dealing part, all players start with two cards, the first face down and the second face up. After that, the remaining three cards are all dealt face up.

In most cases, five card stud is played as a limit game. This means there is a fixed betting structure that players can’t deviate from. 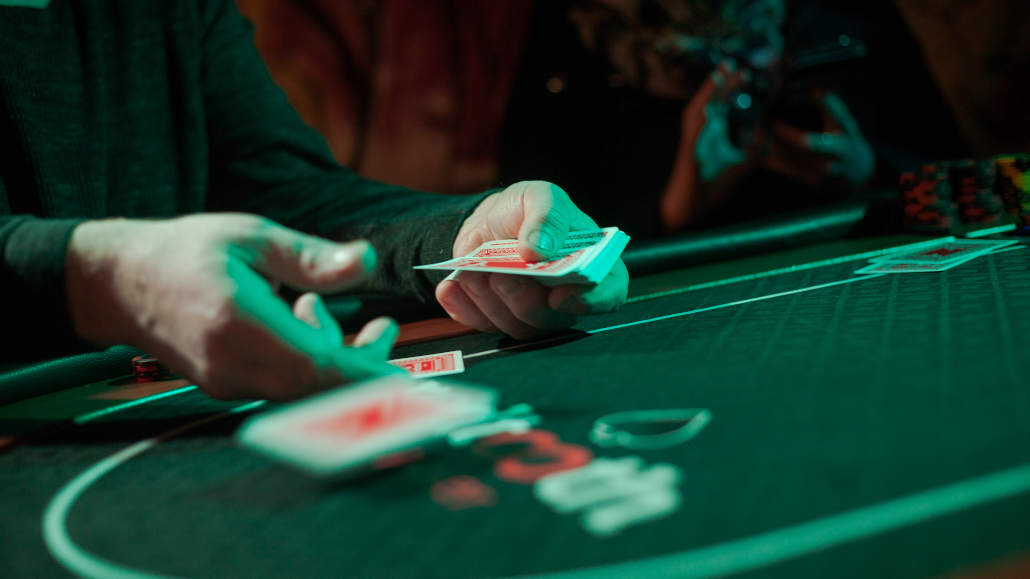 First Round of Betting

The betting starts with the player posting the bring in. They have the option to just post the minimum amount or, if they so choose, they can also complete it, making it the full small bet.

The next player to act has three options:

The action continues around the table, with all players having these options. However, the number of raises is capped at three in most limit games, and 5 card stud is no exception unless players agree specifically to waive this rule.

Completing the bring-in doesn't count as a raise, so in this example, the action could go something like this:

With the final raise, the action is capped, which means there can be no more raising. Once the cap is reached, players left to act can only call or fold, after which the dealer will pull all poker chips into the pot and proceed to deal the next street.

When all players have received their third card (dealt face up), also known as the third street, the next round of betting can begin.

The first player to act is the person showing the highest card or a pair. If two or more players are showing a pair, the one with the highest pair goes first. 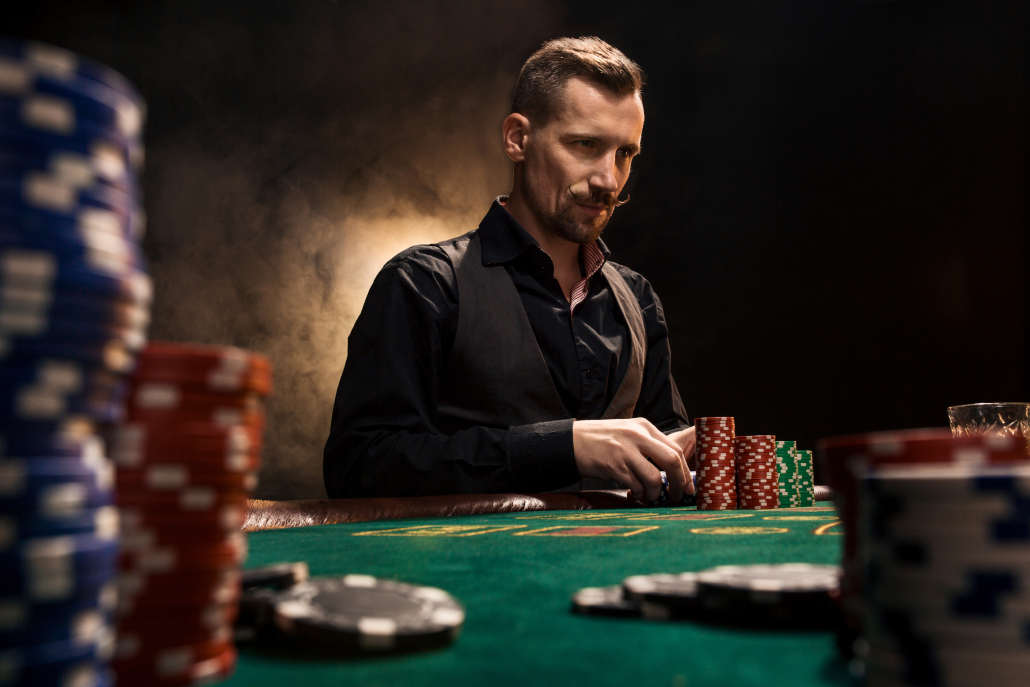 The third street is a small bet round, which means the first player to act can either check or bet the small bet amount ($2 using our example). However, if a player is showing a pair, they can start the action with the big bet ($4).

Of course, the player showing the strongest hand can also elect to check and pass the action to the next player. If everyone checks, the fourth street is dealt.

The action follows the same rules as for the first betting round, i.e., there is a maximum of three raises, and players can only raise in increments of the small or the big bet, depending on how the action started.

All betting rules explained up to this point apply to fourth and fifth streets. The action always begins with the player showing the strongest combination and moves clockwise.

The only difference is that these two streets are big bet streets, so the minimum wager is always the big bet amount.

If two or more players survive the final round of betting (i.e. don’t fold), the winner will be determined through the showdown.

Players will turn over their face-down cards to see who has the strongest combination. Five card stud rules use standard poker hand rankings for high games, so there is no mystery here.

The lowest possible hand you can have is a high card, while the best possible combination is a royal flush. Straights beat trips, flushes beat straights, and full houses are stronger than flushes.

Having read through these rules, you now know how to play 5 card stud, at least from the technical standpoint.

I may have made the explanations a bit longer than necessary, but for the players with no background in limit games, they’ll come in handy. But, anyone can learn 5 card stud rules. The more important question is, how do you win in this game? 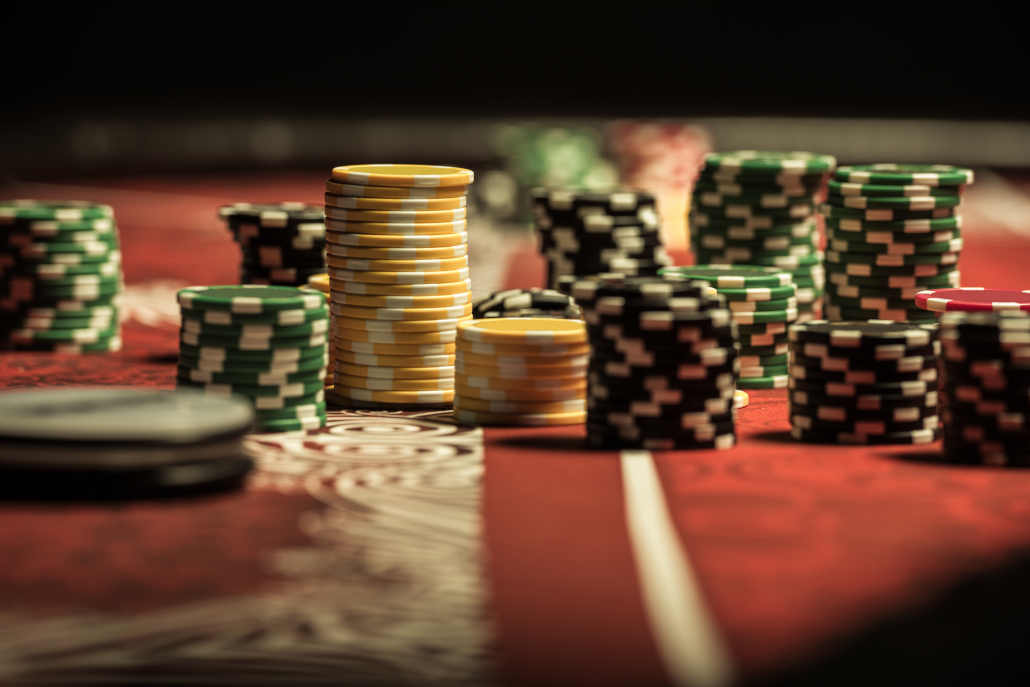 If you're coming from a community cards game like Texas Hold'em, strategy for stud games doesn't necessarily come naturally. It takes some adjustments to become proficient in this format, and 5 card stud is perhaps the simplest but most intriguing variation from this group.

You have almost all the information right in front of your eyes. Four out of five cards are dealt face up. There is just one card that you need to worry about.

It sounds simpler than it is, but I’ll share with you some advice that comes from my (admittedly limited) experience with this game.

In almost all stud games, the main thing you need to improve is focus. In Hold'em, there is not much merit to staring at your opponents' cards unless you have X-ray vision.

In five card stud, though, this should be the first order of business.

As cards are dealt face up, you can get so much invaluable information just by paying attention. You can know that certain key cards have been folded, which can put you in a great spot.

Here’s a simple example to prove the point.

Let's say you saw a player muck a King early on, and you started the hand with a pair of kings (a very strong holding). Your opponent doesn't know this, as they only see one king.

In this scenario, you can raise with confidence, knowing that the only way they can have you beat is if they have one of the remaining two tens as their face-down card. It’s impossible for them to have better two pair.

This is just one example. As you get better at keeping track of folded cards, you’ll be able to make some very good decisions based on the information you have and your general knowledge of poker odds.

Another example is where it is clear someone is drawing to a spade flush, but you know that four spades were folded on earlier streets. You can put the maximum pressure on them by betting and raising, knowing their odds of improving are much lower than what they might think (if they aren’t paying attention).

Don’t Get Too Fancy

While bluffing is an essential part of five card draw poker, don’t take things to the extreme. There is no need to get fancy and try to bluff people off of strong hands just for the sake of it.

One of the first lessons of how to play 5 card stud is:

If you can’t beat what they’re showing, fold!

This doesn’t apply in 100% of the cases, but for the most part, you don’t want to be drawing against someone who you know has you beat. Sometimes pot odds will dictate it’s right to go another street, but don’t get stubborn trying to improve and take down their trips.

Also, don’t raise with your drawing hands against their made hands.

It simply won’t work because they can see you’re drawing. If you’re showing three disjointed hearts and they have a pair of kings up, there is zero value in raising. You’re just building the pot in hopes of outdrawing, which is never a good poker strategy.

I’m definitely no expert in this game, so I can’t give you an extensive guide on how to pick the best starting hands in five card stud poker.

That said, the logic of stud games still applies here, which means that split pairs will be good starting hands. Of course, the higher – the better. Split pocket aces through jacks are monsters in this game as they’ll often win even unimproved. 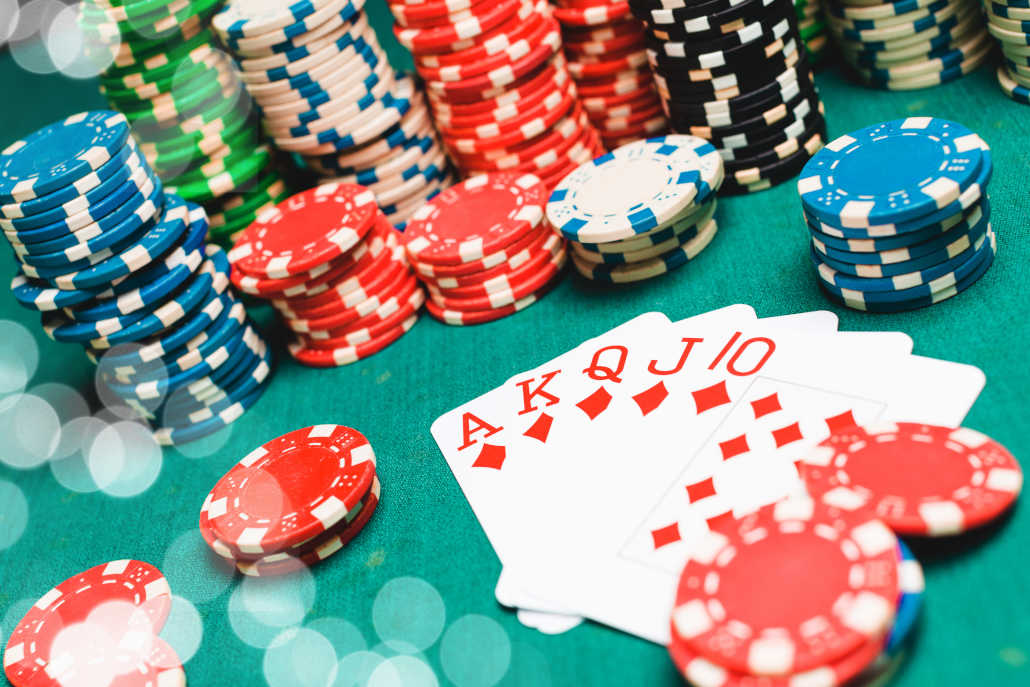 Suited aces and broadway cards are also good candidates. These are open-ended hands that give you some flexibility. You can catch quite a few cards to improve.

Even non-suited hands like KQ and KJ are solid starters.

Smaller suited connectors aren’t very powerful as you won’t be making that many straights and flushes in this game. Remember, there are only five cards in total you can use, which severely limits your options.

Learning How to Play 5 Card Stud: Is It Worth It?

The final question to answer in this article is: is it even worth it to learn 5 card stud rules and strategies these days? After all, it's not a very popular variation, and you won't even find it in mixed games tournaments these days.

The answer is, surprise – surprise, it depends!

If you're only concerned about your EV and making money from poker, I guess it doesn't make much sense to spend time learning this game. It's very niche, and it might not be worth your trouble.

On the other hand, it can be a great addition to your home poker game. It is easy to learn, fun to play, and it'll add some spice to the proceedings.

And, to sum it up, the skills you pick up playing five card stud transition very well to other stud formats like 7 card stud or razz, so your efforts will not be in vain.