Doug Polk Lays Down Second Nuts on the Flop – Is This the Greatest Fold in Televised Poker? 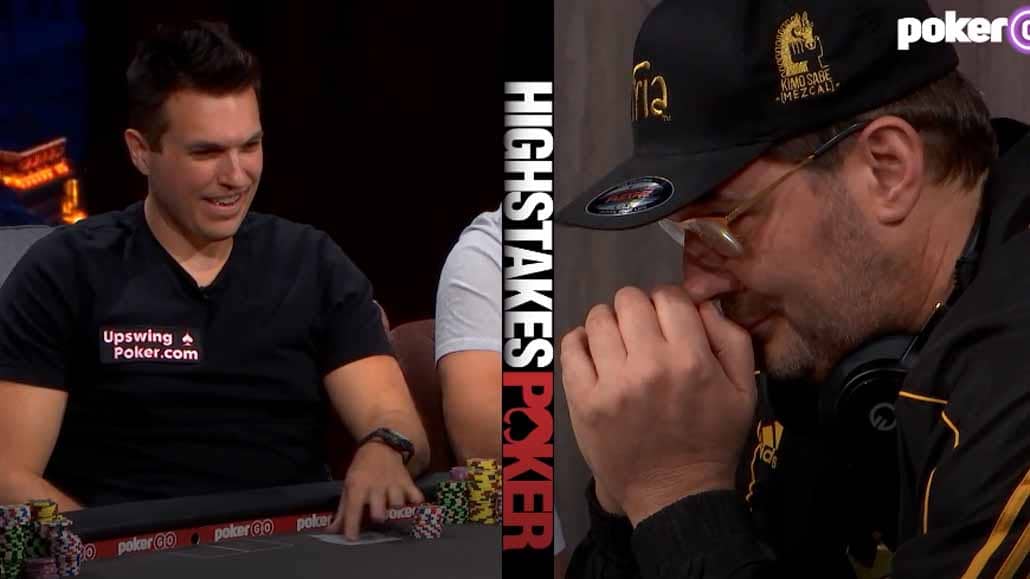 There are a few better feelings than entering a pot with a speculative hand and then seeing the flop that matches your two cards almost perfectly. The first thought that goes through your head is – how much money am I about to win?

Very few people ever consider folding in these spots, let alone actually do it, which makes Doug Polk’s laydown on the most recent episode of High Stakes Poker that much more impressive.

Polk found himself in a three-way pot with T-7 and flopped the second nut straight. But instead of losing his entire stack to Phil Hellmuth, who flopped the absolute nuts, Polk managed to find a fold and only lose a few big blinds.

The Hand in Question

The poker hand that shocked the commentators and fans alike was the last one featured on episode 12 of the show. It started with Hellmuth opening from the hijack position with Q-T off.

This isn’t the kind of hand Phil would typically raise, but he was struggling to get anything going during the session, so he went for it.

James Bord flatted from the button to try and get lucky with his pair of deuces. Polk, who was in the straddle, looked down at T-7 and had to only add $700 to see the flop, so he was happy to oblige.

Unknown to players, poker gods were in a mood to have some fun.

As always, the dealer proceeded to spread out the flop, and, lo and behold, the board came J 9 9 with two spades. Both Doug and Phil flopped the straight, but Phil’s was slightly better.

Doug played it in flow and checked to the original raiser. Holding the absolute nuts, Hellmuth decided to skip on the continuation bet and passed the action to Bord.

Although he was holding two napkins at this point, Bord decided to take a stab. He bet $2,000 to try and win the smallish pot. Polk responded with a raise to $7,000, and the action came back to Hellmuth.

Doug Polk Between the Rock and the Hard Place

Hellmuth was really having a difficult day, with things not going his way at all. Finally, poker gods decided it was the time he found himself on the right side of an epic cooler.

Phil was about to win a big pot – until he wasn’t.

There are many ways to play the nuts, and you can find the pros and cons of all these different approaches. But, in all of them, your goal is to keep your “customers” involved. 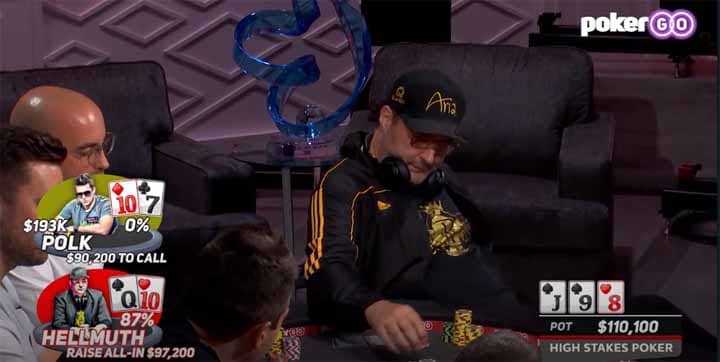 Of course, Bord got out of the way immediately, leaving Doug Polk in a really weird spot. In absolute terms, he has a very strong hand. In relative terms, though, what hand can he be up against when the action goes this way, especially against Hellmuth, who is notorious for playing super nitty and waiting spots to trap his opponents?

As soon as the action got back to Doug, he cracked a smile, asking Phil how much the all-in was for. Polk immediately realized that this wasn’t a snap call by any stretch of the imagination.

Given Phil’s general playing style, Doug knew that he was against a very tight range of hands. At best, he might have been against a top set or a monster combo-draw like As10s or Ks10s.

I was interested to see what the evaluation looks like even if Phil has all the sets and these combo-draws in his range, and it turns out Doug is a pretty heavy underdog against that specific range. 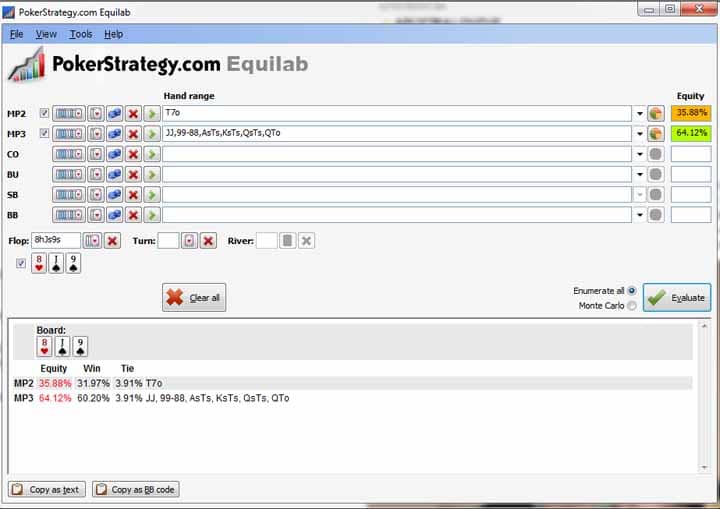 Polk probably did the math on the spot and figured all this out. And, with only a few thousand invested in the pot, there was simply no reason to continue. And, given Hellmuth’s tendencies, he’ll always be more weighted towards nuts in these spots where he makes a massive overbet.

This hand wasn’t interesting just because Polk folded the monster. When it became clear that his hand would hit the muck any second, Hellmuth broke out of his silent posture and tried to convince Doug to pay him off.

Phil started mentioning all the hands he could have that Polk is ahead of, and when he did this, the jig was up.

Even if Polk had any doubts up to this point, it was pretty obvious that Hellmuth was begging for a call – and you only do that if you have the absolute nuts. 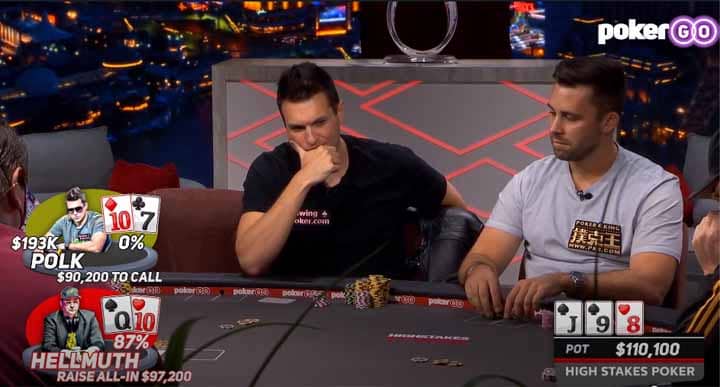 Maybe, just maybe, if he managed to stay silent for a few more moments, Polk would put chips in the middle, although his mind was pretty much made up. But Phil definitely helped him get away from the disaster.

Was It the Greatest Fold Ever?

Polk’s fold was really impressive, there is no doubt about that. But looking at the numbers and knowing that Phil's range is very narrow, maybe it's not as difficult as it seems at first glance.

Then again, that’s only if you actually know all these numbers and are composed and collected enough to evaluate the situation with a cool head and make the most +EV play.

We've all been there – in a tough spot, against a tight player, where you know they have it, but you put in the chips in the end. If they have it, what can you do? It's just bad luck and variance, right?

T7 fold on J98 vs Hellmuths QT on tonight's ep of high stakes poker is my favorite fold I've made in my entire career.

Well, apparently, you can fold and do it face up to tilt your opponents even more. Was it the greatest fold ever? I don’t know, but it’s certainly pretty high up there!