Last night was a particularly exciting one at the Rio, as the final three players came back to finish what they’d started the day before. One of them was guaranteed to become the new Main Event champion and go home $8,000,000 and one prestigious title richer.

When it was all said and done, it was Koray Aldemir standing tall, defeating George Holmes in the final skirmish.

Aldemir came into the final table as a big chip leader and the most experienced player in the group. Over the course of two days, he never let go of the chip lead and managed to close the deal in style.

This is the first WSOP bracelet for Koray, but it probably won’t be the last. With over $20 million in live tournament winnings (including the Main Event win), the young pro has a bright future ahead and many more titles to claim. 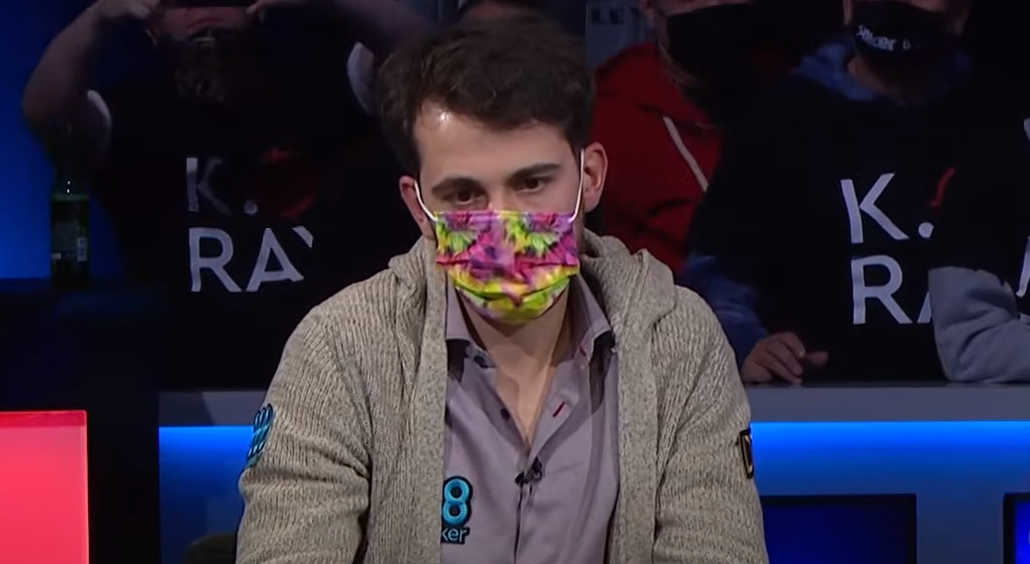 From Nine to Three

The WSOP 2021 Main Event table kicked off on Tuesday, with nine players coming back to Rio’s big stage to find the winner. Aldemir had 140,000,000 chips to start the play and was far ahead of the rest of the field.

There were no surprises to start the day. Chase Bianchi and Jareth East were the two shortest stacks, and they were the first ones to hit the rail. Chase finished in 9th, bagging $1,000,000 for his efforts, followed by East, who is now $1.1 million richer.

The 2021 @WSOP Main Event will crown a brand new gold bracelet winner after the last one standing hits the rail. @Chase_Bianchi falls in ninth place for $1,000,000.

After that, no one was in a particular rush to go out. While Aldemir retained his big lead, the rest of the stacks evened out, with four of the seven remaining players having almost identical chip counts at one point.

But it wasn't one of these players to get eliminated next. Instead, it was Alejandro Lococo, who was second in chips to start the hand.

The Argentinian called Aldemir’s bets on the flop, turn, and river, with the board reading J J 9 8 3. The final bet was for his tournament life, and his pocket 10s were no match for Aldemir’s pocket 9s for a flopped full house.

Lococo cashed for over $1.2 million, while Koray Aldemir added another 67 million poker chips to his stack, increasing the gap between him and the rest of the field.

How does this hand make you feel?

The next one to hit the rail was Hye Park, whose pocket 7s couldn't hold against Aldemir’s AQ in a blind vs. blind confrontation.

The hand sent Park to the rail with $1.4 million for his efforts, while Koray’s stack increased to 230 million, almost three times that of George Holmes sitting second in chip counts.

Turkey’s Ozgur Secilmis was sitting on the short stack for a long time, but he managed to outlast both Lococo and Park. Then, he found a few much-needed double-ups, and it looked like his luck was turning around.

However, in the end, it wasn't meant to be for Secilmis as he, too, fell at the hands of Koray Aldemir, finishing in fourth and taking home $1,800,000.

The last player to bust for the day was Joshua Remitio, who was sent packing by Jack Oliver. For his impressive performance in the Main Event, Remitio earned $2.3 million.

At this point, the play was stopped for the day, and the final three players would come back tomorrow to battle it out to the winner.

The writing was on the wall, though, as Aldemir built on his chip lead and ended the day with 264 million – twice the amount the other two players (Jack Oliver and George Holmes) had combined.

The final day saw Aldemir continuing to dominate the play, using his big stack and his experience to maintain his lead and make life difficult on the remaining two. Oliver and Holmes battled it out between each other, each winning a couple of significant pots along the way.

A big moment happened when Jack Oliver, who was now short-stacked with just 35 million, shoved from the small blind with JsQs and was called by A8 of George Holmes.

Holmes paired his eight on the flop, but Oliver caught a Jack on the turn to propel him into the lead. The river was a cruel one for the young Brit, though, as it brought another eight, giving Holmes trips and sending him home in third spot, good for $3,000,000.

With Oliver’s exist the stage was set for the final skirmish.

Aldemir started the heads-up play with a nice chip lead of 125 million, but there was still plenty of poker to be played.

Up to this point, Koray Aldemir was pretty much on cruise control for the entire final table. However, Holmes managed to catch some cards and pull some bluffs. He even took over the chip lead at one point.

But, in the end, Aldemir managed to masterfully claim the big victory.

It happened in a dramatic hand that saw Koray check the river in an already bloated pot, with the board reading 10, 7, 2, K, 9, with no flushes possible.

Holmes decided to move in for 133 million, a massive bet that put Aldemir deep into a tank.

It took the German almost three minutes to decide what to do, but he eventually settled on a call holding T7 for flopped two pair. This was enough to beat Holmes’ KQ for turned top pair, and, just like that, it was all over!

Koray Aldemir became the new Main Event champion, taking home the bracelet and $8,000,000-even for his well-deserved victory. Holmes earned $4.3 million for his runner-up finish.