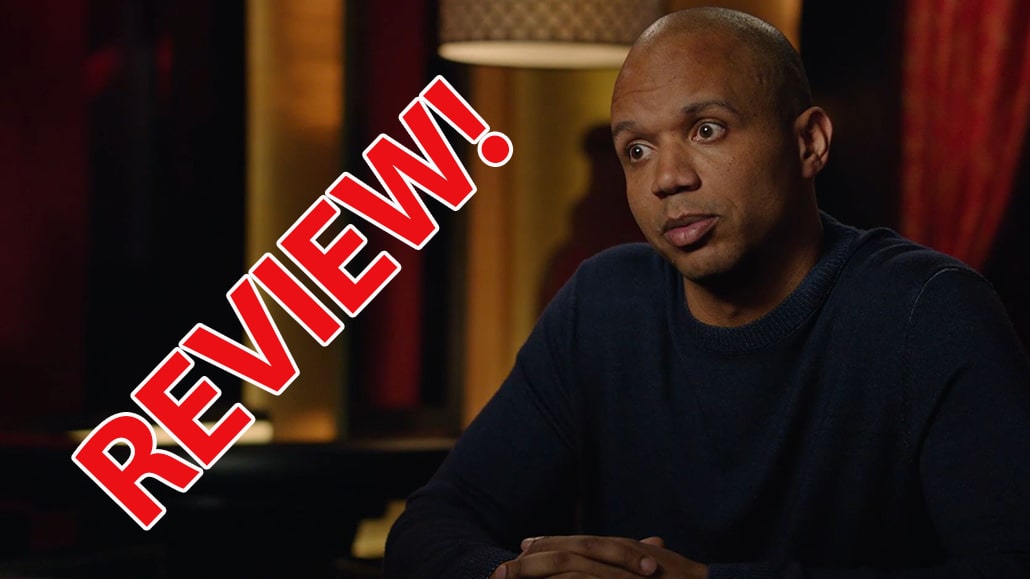 **mypokercoaching.com is supported by our audience and when you purchase through our links we might get an affiliate commission. That said, this does not impact our reviews and recommendations, so you can always trust it.

There are different poker courses out there targeting players of different levels of knowledge and experience. The one I’ll be looking into is Phil Ivey MasterClass, a relatively short and basic course, but the one worth watching.

If you know anything about the MasterClass site, you know they’re not poker-specific. The site offers a variety of courses from different walks of life, and poker makes up just a small fragment of the overall offering.

That said, they did a good job with it, kicking things off with Daniel Negreanu’s MasterClass, followed by one by none other than Phil Ivey.

Widely considered one of the best poker players alive, Ivey is recognized by almost every poker fan out there.

The Phil Ivey MasterClass is pretty much what you’d expect. It’s a good introductory course for those relatively new to the game, but it includes a few hidden gems that even more experienced players will appreciate.

It may not be as extensive or as detailed as many other poker courses out there, but it has two things going for it:

In this Phil Ivey MasterClass review, you’ll learn about the structure of the course, what type of knowledge you can expect to find inside, and, finally, I’ll try to give you an honest opinion about how good it really is and whether it’s worth your time and money. 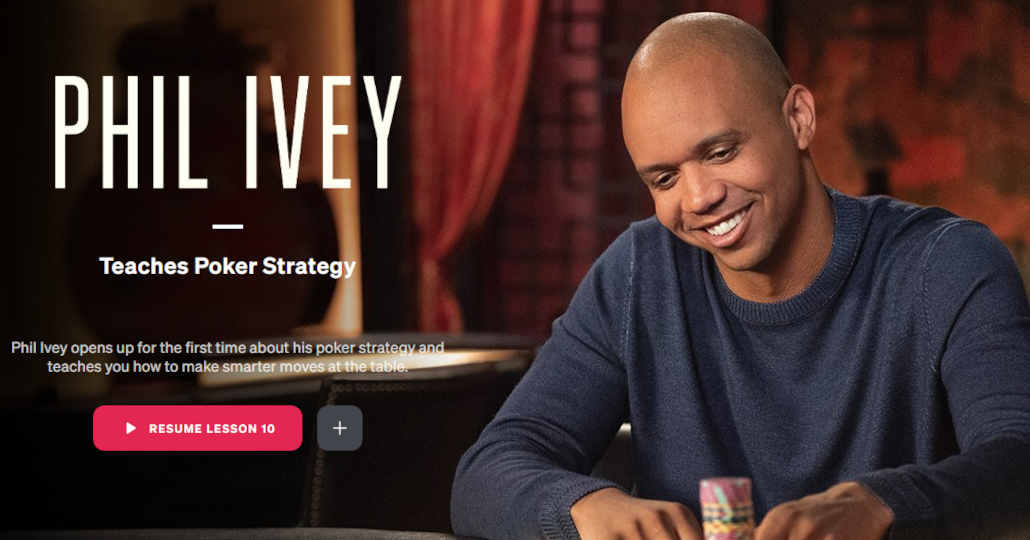 Phil Ivey MasterClass at a Glance

The MasterClass consists of 12 lessons in total. Eleven of them are about Texas Hold’em, while the 12th one is actually a bonus and explains the fundamentals of Seven Card Stud, another poker variation that Ivey excels in.

A majority of lessons last between 10 and 20 minutes, and there is around 3.5 hours worth of video materials included in the course.

Like all other courses on the site, Phil Ivey MasterClass features a top-quality production, so videos are really enjoyable to watch. The graphics are great, and the sound is great, which makes watching lessons that much more enjoyable.

Although lessons come one after another, without any special division, I would say the whole MasterClass is, in fact, divided into four main areas:

Of course, with just 3.5 hours in total, these topics aren’t covered extensively. Still, if you’re new to the game of poker, Ivey provides some very good tips and advice to get you started in the right direction and give you an idea of how to continue to develop as a player.

In the first lesson, Phil talks about the importance of understanding the preflop play and mastering these fundamentals before anything else.

The first few minutes of this section focus on the importance of position in poker and explaining the differences between early and late positions at the table. 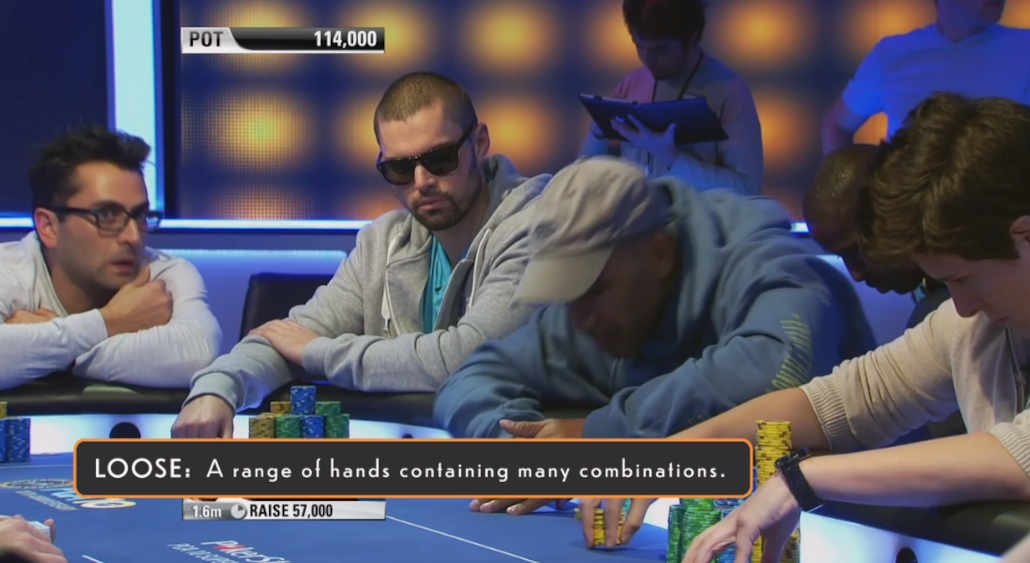 After this, Ivey broadly covers the types of starting hands you’ll want to get involved in and what your options are in different scenarios (calling, 3-betting, etc.).

Some of these concepts are further explained on an example of his own hand, defending from the big blind.

All the concepts covered in this video are very basic, and if you’re not a complete beginner, you’ll probably already have at least a solid understanding of them. But, if you are just picking up poker, who better to introduce you to the game than Phil Ivey?

The next couple of videos in Phil Ivey MasterClass is all about the importance of betting and extracting value from your opponents.

While Phil does introduce some more advanced concepts in these lessons, he’s actually focused on keeping things as simple and as understandable as possible.

The entire course is designed for beginners, so it is clear that sometimes, it’s not easy for him to get down to that basic level, but, overall, he does a pretty good job of it.

In these couple of videos, Ivey introduces and talks about concepts such as:

Once again, he uses some of his own televised hands to bring these ideas closer to viewers.

This is a pretty good way of explaining things, as beginners will better understand what’s being discussed when they see actual examples instead of just dry theory they might have a hard time keeping up with.

He also explains the importance of bluffing and underlines the fact that if you want to be a good player, you have to get bluffed sometimes, and you have to get caught bluffing every now and again.

When talking about bluffs, Phil covers some key ideas, such as the importance of blockers, being aware of stack sizes at all times, etc.

He doesn’t go too deep into explaining these ideas, but he provides a very solid overview that you can use for future studying, and that will certainly help you win more often in your home games or in low-stakes local tournaments.

One interesting and slightly more advanced concept that is covered in the bluffing video is that of people not bluffing enough in spots where they should.

Using another hand example, Ivey explains how you shouldn’t always be content to just show down your hand on the river when things get dicey. Instead, look for opportunities to turn your holdings into a bluff and win some pots that don’t “belong” to you.

After covering the preflop hand selection and some general basics of betting and bluffing, Phil Ivey moves on to the preflop strategy.

In a couple of videos on this topic, Phil talks about things such as:

The second video focuses on another important aspect that many beginners struggle with, and that’s knowing when to fold and give up.

Another topic covered here is when to check back on the river and when to go for a thin value. Phil brings up a few very interesting points that all players should be able to relate to, even if they have very limited experience.

One 15-minute video is dedicated to deep stack play, going over some important strategy adjustments when playing with a lot of big blinds in your stack.

The most important point Phil makes here is that there is a big difference between hand strengths when playing with 50 to 100 big blinds and when playing super-deep.

In the first instance, you’ll happily go broke with a hand like set or two pair. But if you have hundreds of big blinds in front of you, you’ll want to be much more careful about playing any non-nut hands.

The final three videos in Phil Ivey MasterClass deal with what’s best described as meta game, i.e. aspects of the game that aren’t related to math and strategy but rather with outside factors like emotions and instincts.

These video lessons are:

The first of the three, The Mental Game, talks about the role of emotions in poker and the importance of being able to remove emotional decisions from your play.

Phil explains that many things that happen at the table are out of your control, and you can’t allow these things to influence you.

In the same vein, he emphasizes that the ability to put other players on tilt and get them to make mistakes against you can be a great asset.

Talking about table image and tells, Ivey shares some of his rich experience about the importance of these things.

One very good point he makes here is that you want to be very careful about profiling players too quickly.

You want to avoid making an opinion of a player on the fly. You need to wait and gather enough actionable information before you make any strategic adjustments. 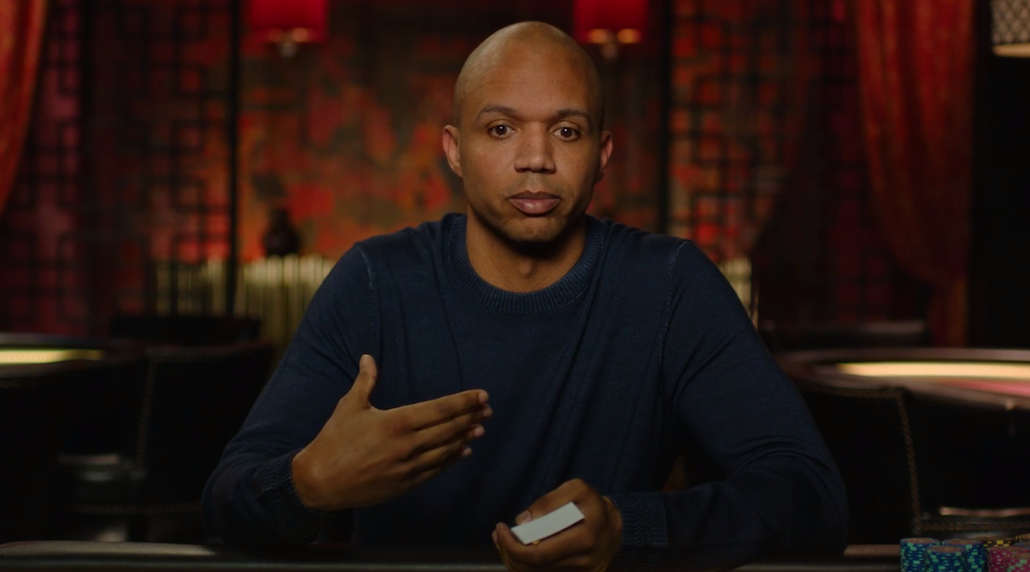 He also brings some examples of physical tells to pay attention to and talks briefly about your table image, emphasizing that you don’t really need to plan for what your image will be ahead of time.

You just need to be aware of what it is based on your overall play during the session.

The last video offers a quick overview of strategies that Phil Ivey learned over the years and gives you a plan on how you can proceed with your career.

These quick tips are just some things you should look to introduce to your poker routine. Ivey doesn’t go into detail on what’s the best way to go about it, but he offers some useful pointers to nudge you in the right direction.

There is no doubt that Phil Ivey is one of the best players in the world with a vast amount of poker knowledge. But this course only showcases a very small fragment of that knowledge.

The Phil Ivey MasterClass is intended for absolute beginners and those who have very little experience in the game.

If you are above the first level, you’ll already know about pretty much everything covered in these lessons. It’s still fun to watch and listen to Phil Ivey talk poker, of course, but you’ll hardly learn any new strategies you haven’t heard about before.

As a beginner’s course, though, this one is pretty decent.

It is short enough that even the most casual of players will find time to watch it in a few sittings. And with the tips coming from such an authority, they will be likelier to accept and implement them.

To sum it up, I’d say the Phil Ivey MasterClass is a great pick for someone just starting and looking for an introductory course.

It is entertaining, not too long, and brings some very solid basic tips to help you go from a total beginner to someone playing a reasonable game. 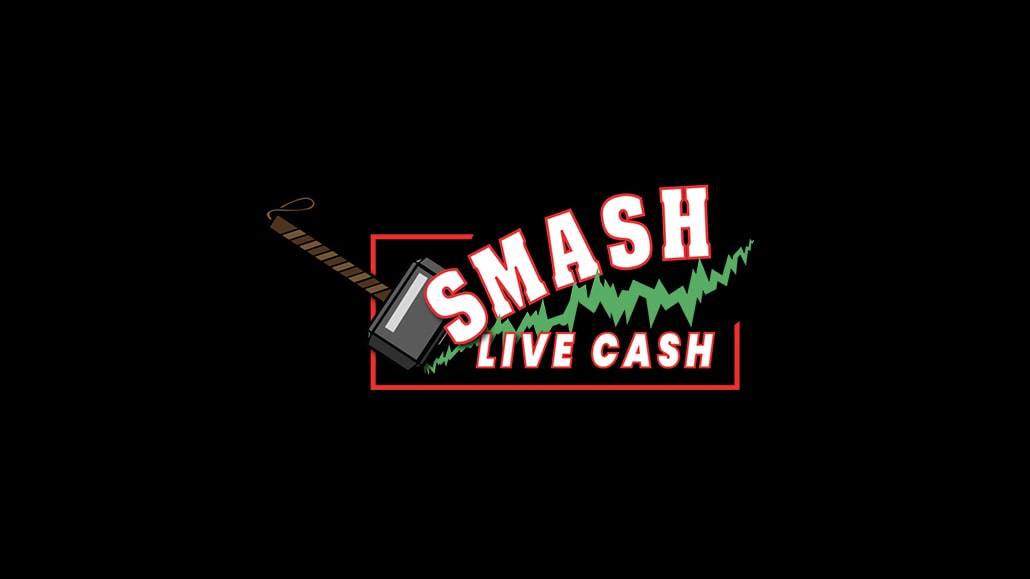 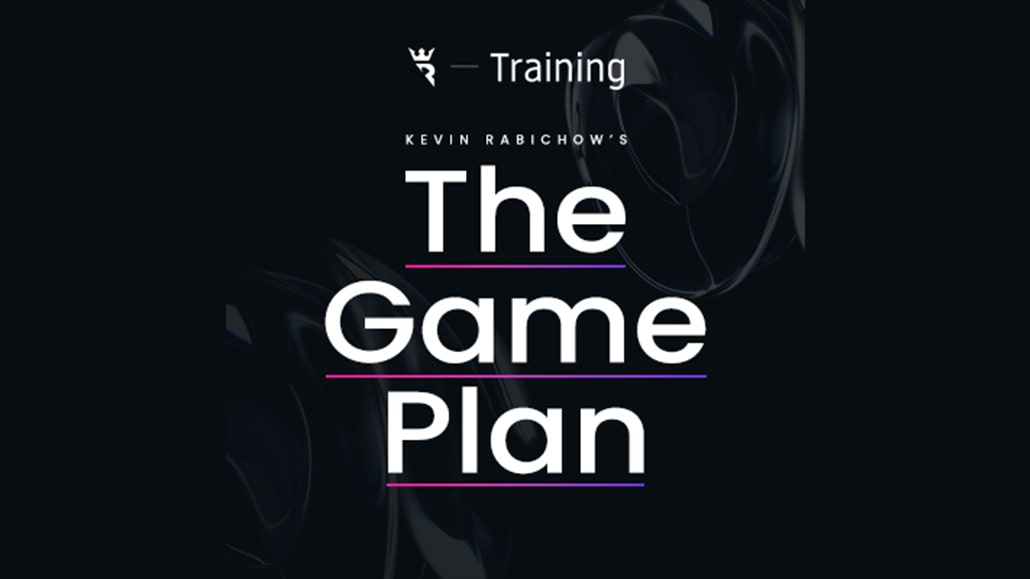 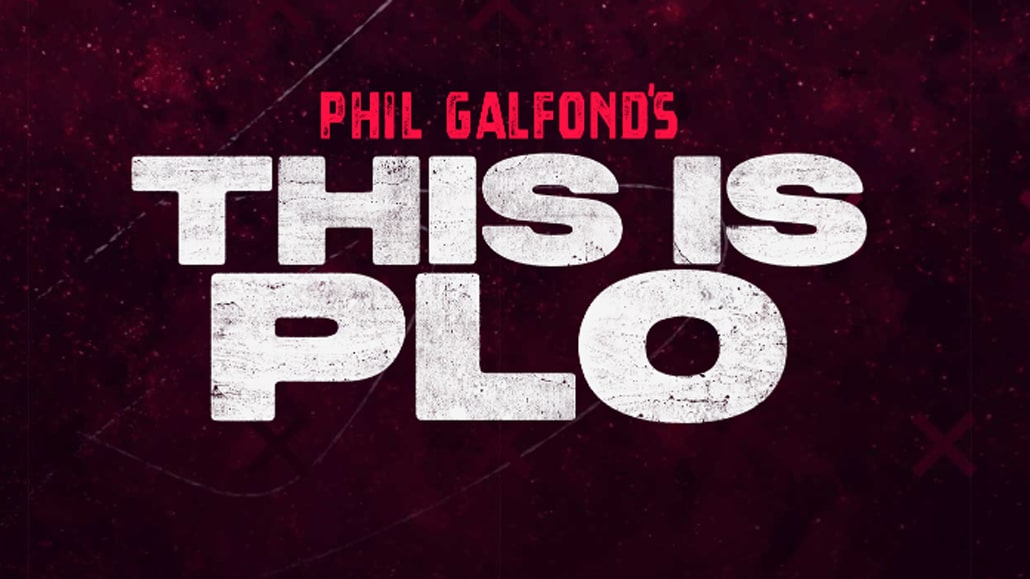