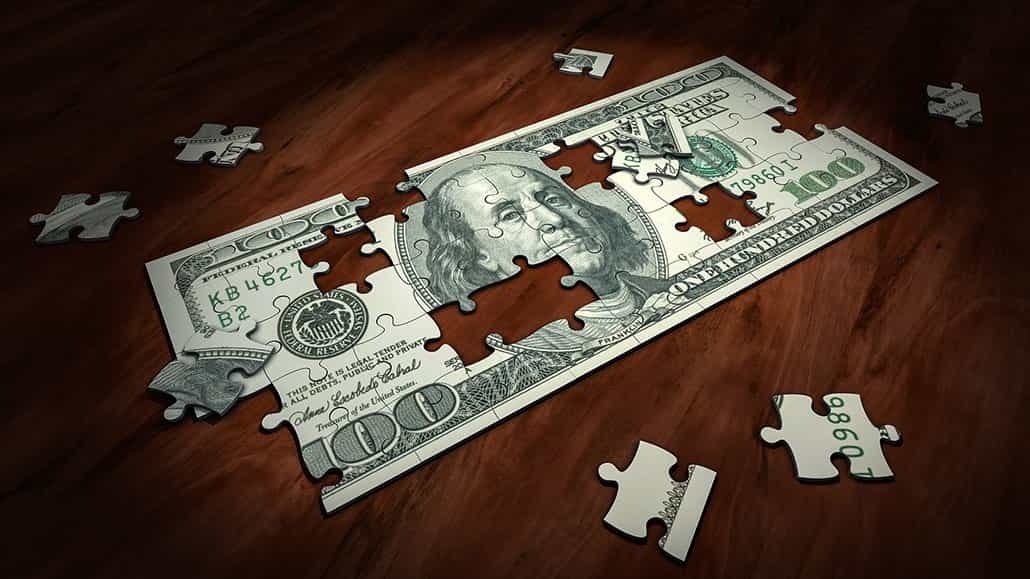 Poker rake is a standard part of the game and is something all players have to deal with in one way or another.

If you’re just starting and have no idea what I’m talking about, rake in poker is a fee that the room or the casino takes as compensation for providing their services and organizing games.

Have you ever wondered how it is that a $100 tournament with 100 entries has the prize pool of only $8,500? Rake is the answer! Unless you’re playing exclusively in home games with your friends, you’ll have to deal with and adjust for the rake.

In this article, I will try to explain everything you need to know about rake poker nuances, share some tips, and adjustments you should be making to maximize your profitability.

While many amateur and recreational players tend to disregard rake completely, you might be surprised at just how important it can be for your bottom line.

What Is Rake in Poker?

In general, rake in poker is simply a fee or compensation that the poker room takes from players in exchange for organizing the game.

How a certain casino goes about taking a rake differs from one place to another, though. Here’s the list of some of the most common methods:

As you can see, there are quite a few different rake poker systems. I’ll now briefly explain every one of them so that you know what you’re getting into if you ever come to a new casino, and they use a different system for taking a rake than the place you usually play.

Every time you enter a tournament (some rare exceptions notwithstanding), you’ll have to pay a fee.

The fee is calculated as a percentage of the buy-in, and it is deducted from every player entering the event.

A casino is free to set the fee as high or as low as they like, but it is usually between 10% and 20%, with lower buy-in tournaments usually raked higher.

In most cash games, poker rake is paid as a percentage of the pot. Once the hand is over and before shipping the pot to the winner, the dealer will take the fee (usually 3% to 10%) and only then give you your hard-earned cash.

Most casinos have a rake cap, i.e., the maximum amount that can be taken out of a single pot, simply because it would be crazy to take $100 from a huge $2,000 pot at $1/$2. However, some rooms are quite liberal with their caps, and some places don’t employ them at all!

Games with an uncapped rake can be very expensive, so you should avoid it as a rule of thumb unless your competition is exceptionally weak players.

If you play online, you’ll mostly encounter these two rake poker systems – % rake from the pot in cash games and standard tournament fees.

The rest of them are mostly used in live casinos where the staff has more freedom to arrange things the way they see fit and potentially talk to the players about what method they’d prefer.

As you could guess from the name, this method of taking a rake in poker is based on the time rather than the amount of money in the pot.

At certain time intervals (usually an hour or 30 minutes), all players at the table will have to pay a fixed fee.

Unlike the pot rake, where the winner is effectively “punished,” in this format, all players contribute evenly no matter how much they play, so you should be looking to open more poker hands, and widen your ranges.

Although somewhat uncommon and only present in live games (like the timed collection method explained above), the dead drop is sometimes used by certain poker rooms.

With this system, a player on the button will pay a fixed agreed amount before each hand, but it is a rare occasion.

Finally, some casinos will employ a fixed rake method for their higher stakes cash games. Even the low 3% rake would be insane in a $100/$200 game, for example, where $10,000+ pots happen all the time, and players would likely not be happy with the dealer taking hundreds out of every pot they win. So, instead, a fixed amount is taken out of each pot regardless of the size.

Now that you know what is a rake in poker and all these different systems you might encounter, the question still remains: how does this concern you, and what does this mean for you as a player??

Raking the Poker Rake: How to Maximize Your Profits

It doesn’t take a math wizard to understand that every time the house takes $10 from the pot you win, you effectively “lose” that $10.

You were fighting for a pot of $200 but only got $190 – so no matter how you think about it, you are $10 lighter. And this number tends to grow quite substantial over a big number of pots or tournaments you play. 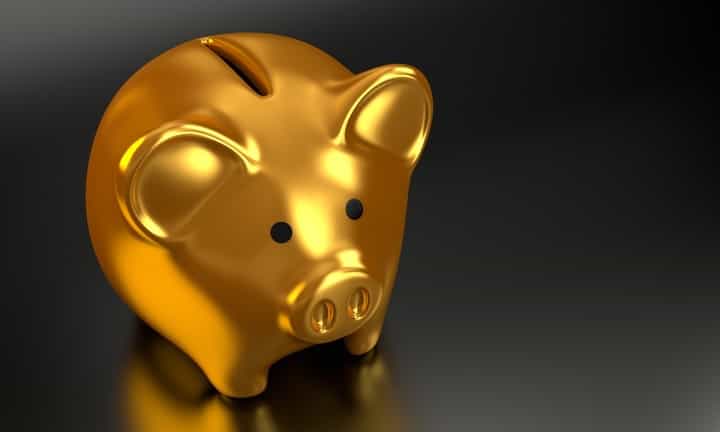 Now, the idea of this article isn’t to slander the practice of taking a rake in poker. That would be a completely different topic and the one that I could talk about until the cows come home and it still wouldn’t change a thing. I’d still have to pay rake the next time I sit to play.

Instead, I rather focus on what it is that I can do to lessen the blow.

When thinking about ways to reduce the impact of rake on your results, there is a big difference between online and live games.

Online poker provides you with opportunities that aren’t there in a live setting. Of course, I’m talking about poker rakeback, which can go a long way in making your bankroll healthier.

What Is a Rakeback in Poker?

Even if you’re completely new to the online poker scene, you’ve must have heard the term poker rakeback at least a few times. So, what is rakeback in poker, and how can you use it to your advantage?

In the simplest of words, it is a way for you to get back a portion of the fees you paid to the room.

Just like different systems for taking a rake, not all poker rakeback systems work the same. Some of them are better than others, not only because of the amount of money you get back but also because of how that money is given to you, i.e.

If at all possible, you’ll want to get a poker rakeback deal where the room (or an affiliate) gives you a percentage of your cashback.

That way, you’ll know exactly what to expect at the end of each day, week, or month. Certain poker software solutions can help you with tracking the rake paid so you can have a pretty good idea of where you’re at in terms of rake paid for a particular period.

Other systems are a bit more volatile. If your rakeback is paid in tournament tickets or through points, you don’t get anything immediately. Instead, you have to keep playing to realize your rakeback percentage, which adds some variance to the equation.

In terms of what you can expect to get, there is a wide array of options. During the early days of online poker, you could get as much as 70% or 80% rakeback paid in cash.

Unfortunately, these days are behind us now, but you can still find rooms where you’ll receive around 30% – 40%, which is quite decent.

…while “good” in some sense for less recreational players, removing software and removing rakeback do neither of such things.

The main point is, if you aren’t a fully recreational player who only plays a few tournaments a month, you’ll be doing yourself a disservice by playing on a site where you don’t get any poker rakeback.

Even if you stick to the smallest of stakes but put in a decent volume of hands, you can expect to get a few buy-ins back every month, so why would you pass on that opportunity?

Taking a Rake: Other Adjustments You Should Consider

Now that you know what is a rakeback in poker, you should try and get it if you are playing online. Of course, this won’t always be possible, and if you prefer to play live, rakeback isn’t an option. So, what other things should you keep in mind with regards to poker rake?

Most casinos will try to be reasonable with their rake poker takings. However, some will take any opportunity to milk their players as much as possible.

Before you even sit down to play, you should inform yourself about the rake percentage and the maximum cap.

However, some places will keep their cap much higher, like $20+, and some will even go as far as to offer “no cap” games.

This is hardly sustainable long-term, so if you’re serious about building your bankroll or making some side income from poker, you need to stay away from these high cap places.

While there are differing opinions about the timed rake poker model, one thing is a fact: once you pay your fee, you get to keep every single chip you win in that time slot.

This means that timed games favor a looser approach where you want to see more flops and potentially build more big pots.

I’m not saying you should go crazy and play every hand because pots aren’t raked but you can consider expanding your starting hand selection, especially from the later positions, and you should defend more from the big blind.

Avoid smaller stakes live tournaments (if you can)

I know this is easier said than done as not everyone lives in a place where they have five different rooms and three tournaments to choose from every night.

But, the fact is, smaller stakes live tournaments tend to have a higher rake that is usually around 20% to 25% of the buy-in. As you move up, this number drops significantly, first to 10%, and then even lower for $5,000+ events.

This isn’t to say you shouldn’t play in your small local tournaments. After all, you have to get your experience somewhere, and if you’re a good player, you can still beat the rake.

But your ROI will be affected by the high rake percentage so you should be looking to move up as soon as you can, or select better games if you have such an option.

Look for venues with leaderboards & competitions

Although poker rakeback isn’t a thing in live poker, some rooms will offer certain perks for their regular players.

For example, in some venues, there will be a monthly leaderboard for those who spend the most hours at the table. At the end of the month, these players are awarded some money or get to participate in a special freeroll tournament.

While purely recreational players won’t benefit from this too much, if you play a few times a week, these types of competitions can be a nice way to offset your rake expenditures.

While there is no way to avoid rake in poker altogether, there are methods you can employ to mitigate its influence on your bottom line.

Some of them, primarily poker rakeback, have been detailed in this article, and you should take them seriously. As much as it is important to play sound strategy and learn poker, it is equally as important to reduce your costs in every way possible.

Doing your best to avoid paying extra fees and staying away from games with insane rake caps will help you have better results.

When it is all said and done, properly managing the rake can even help turn a break-even or a marginal loser into a winning player, so take some time to learn about it and give your win rate an immediate boost! 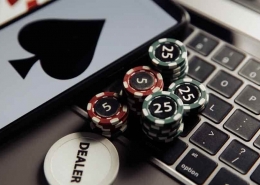 Can Crypto Conquer Online Poker and Casinos?
Scroll to top