As we wrote previously, Hellmuth faced off against Scott Seiver, a challenger who stepped in for Tom Dwan, who had to cancel his participation on High Stakes Duel III due to scheduling issues.

Seiver gladly stepped into the ring for Round 4 and ponied up the $400,000 buyin to face off against Hellmuth, with both players famous for their table talk and antics.

Having lost the match, Seiver can now choose to accept a rematch and play Round 5, where he would need to come up with a $800,000 buyin to compete for a prize pool of $1.6 million.

Considering the fact Seiver is no stranger to super-high stakes poker, it would not be surprising to see him take this challenge and play against Phil in the largest High Stakes Duel match so far.

The match between the two heavyweights kicked off with both players having 400,000 in chips and the blinds set at 600/1,200.

Phil entered the match full of confidence after getting the best of the likes of Antonio Esfandiari, Daniel Negreanu, and Tom Dwan.

That confidence probably helped him play a fairly aggressive style of poker in this match, with some unorthodox lines and betting patterns that we have grown accustomed to from Hellmuth.

The early stages of the match saw the two test each other in a series of small pots, before a swing in momentum saw Phil take the chip lead without any extremely big hands.

The blinds started to go up and after a few levels Scott managed to get back in the driver’s seat when he got the better of Phil in a preflop QQ vs JJ cooler situation.

Scott would extend his lead to 3:1 after flopping top pair on a A♥9♦4♠ board with his A♠10♣ against Phil’s 10♦9♠, with both turn and river being bricks for both players and Phil actually being the one to bet the river into Seiver. 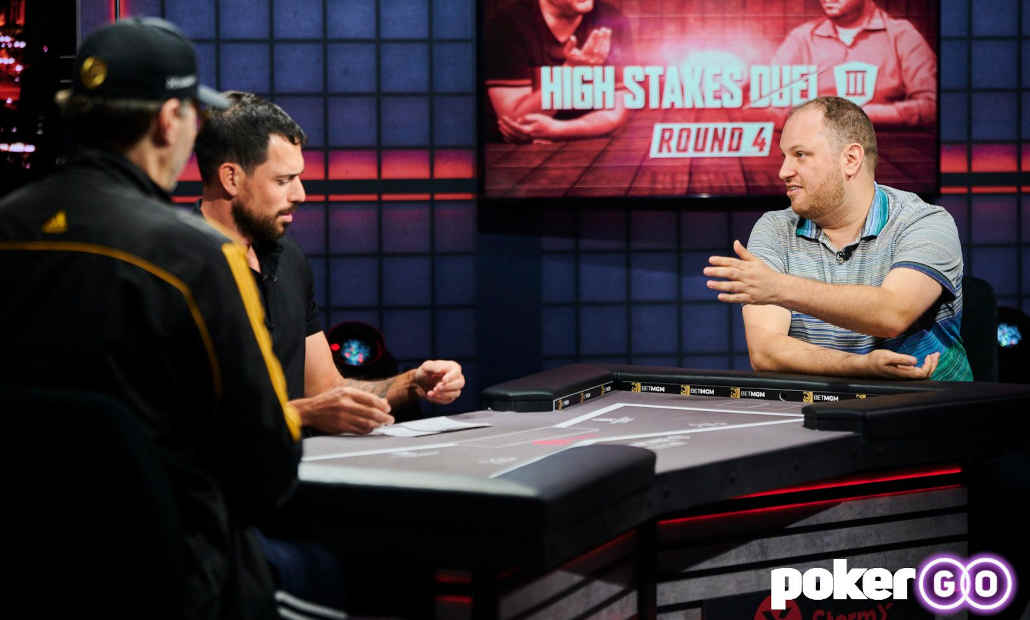 Yet, the nature of HSD matches is such that anything can happen, and with the blinds escalating Hellmuth was able to regain the chip lead after winning a series of small to medium size pots.

With both players quite short, the flop of 10♣3♠2♠ would see Hellmuth outflop Seiver’s 10♦6♥ with his 3♠2♥ in a situation where neither player could really fold.

With all the money going in on the flop, the board bricked out for Scott when Q♠  and 5♠ hit the turn and river, making Hellmuth the champion once again.

Immediately after the match was finished Hellmuth praised Scott and told him he loved the way he handles himself at the table.

A match that we expected would include a lot of trash talking actually ended up being quite tame with both players holding their punches and remaining polite for the entire duration. 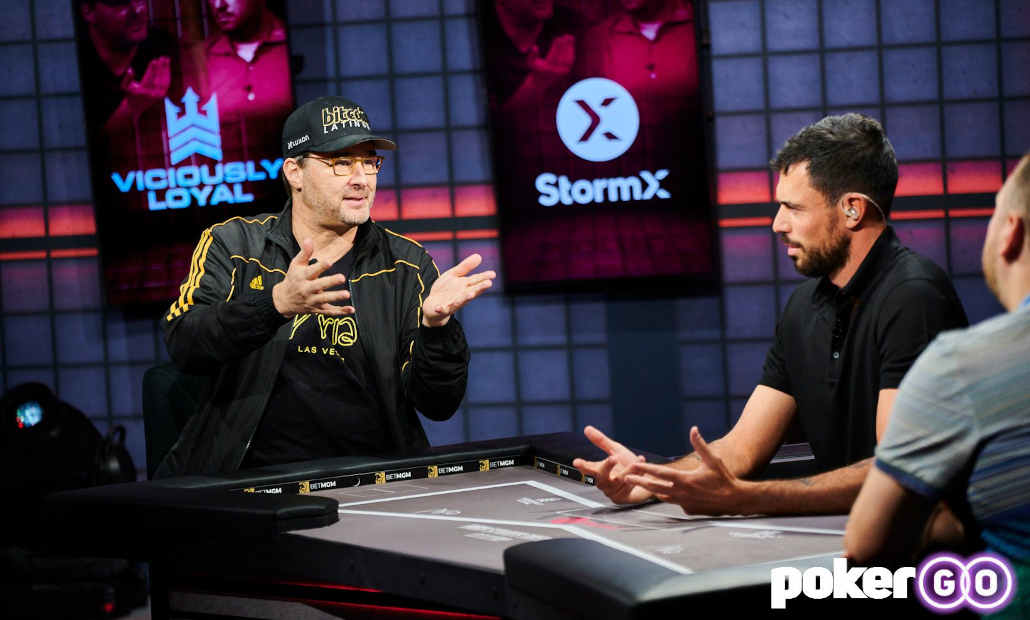 Phil went on to praise Seiver even more in the post-match interview for the results he’s managed to amass over the years.

Only time will tell if Hellmuth will remain as calm and polite if he happens to lose a potential rematch that the two will play in Round 5 of High Stakes Duel III if Seiver chooses to accept the challenge.