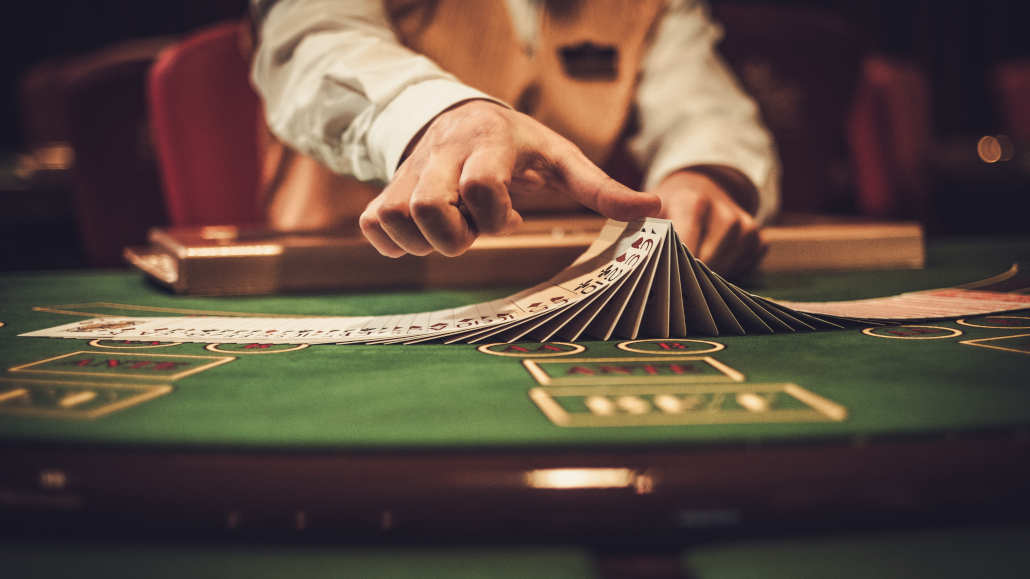 If you’re not an experienced casino goer, you might not have heard about Mississippi Stud Poker. This is understandable, as this relatively young poker game isn’t nearly as widespread as some other formats.

Moreover, Mississippi Stud Poker is a unique poker variation with a lot of quirky aspects that you won’t find in other games.

It’s designed to be a favorable game variant aimed at the younger generation of gambling enthusiasts.

If you want to learn how to play Mississippi Stud Poker, you’ve come to the right place. We’ve prepared everything you need to know about this exciting and potentially very rewarding game.

Read on if you want to become a pro at Mississippi Stud Poker!

What is Mississippi Stud Poker?

Mississippi Stud Poker is a house-banked game, meaning that you’re not competing against other players, as you would be in other poker variations. Instead, the casino takes a small percentage of your bets to ensure profitability. 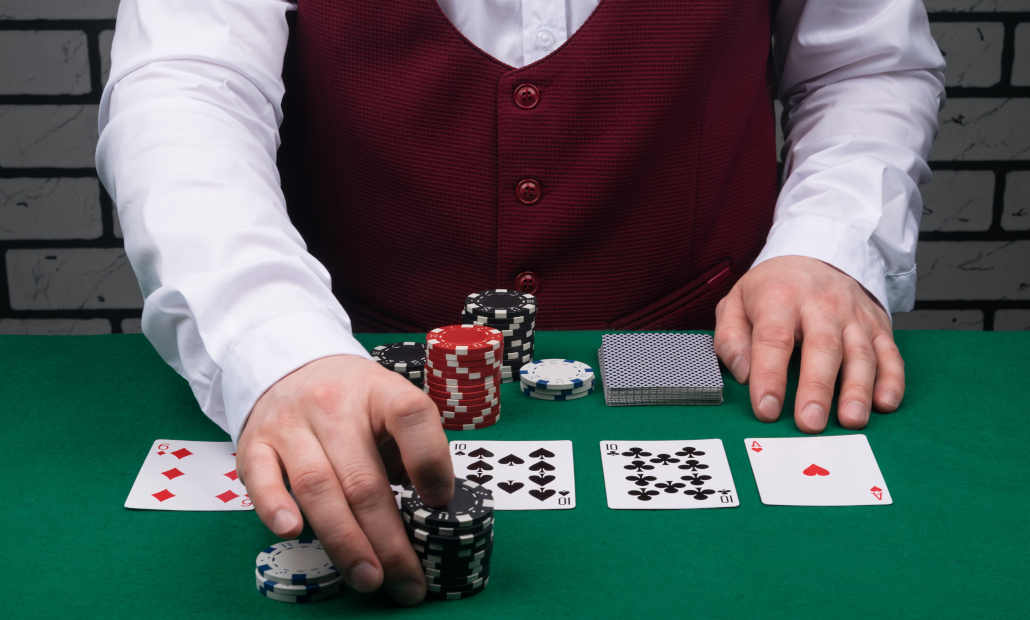 As this game was introduced relatively recently and was made by a gambling company that licenses it, Mississippi Stud Poker isn’t widely available.

You won’t find it in many land-based or online casinos. More specifically, if you find a Mississippi Stud Poker variation not made by Scientific Game, the game will likely be under a different name.

Regardless of what name you find it under, Mississippi Stud is well worth giving a try if you come across it.

For starters, the payouts can be very rewarding, as the game uses a fixed paytable that rewards you proportionally based on the strength of your hand.

Mississippi Stud Payouts – How Much Can You Win?

Understanding the basic Mississippi Stud rules and gameplay principles is undoubtedly crucial, but it’s equally important to know how much money you can expect to win depending on the hand.

Keeping this in mind, here’s a complete rundown of the payouts for each hand in Mississippi Stud Poker:

To elaborate a bit more on the table, a push is a result in which you don’t win anything but get to keep your initial bet. This is when you get any pair between 6s and Ts.

Additionally, every other poker hand that‘s valued lower than a pair of 6s isn’t listed in the table above, as it results in an automatic loss.

It’s also important to remember that your hand is only evaluated against the payout table we’ve previously discussed.

In other words, you don’t actually have to beat the dealer like you would have to do in other house-banked games. This makes Mississippi Stud Poker a variant closer to video poker than Ultimate Texas Hold’em.

What is the House Edge in Mississippi Stud Poker?

As Mississippi Stud Poker pits the player against the casino, it also includes the house edge. This is a small percentage of all of your bets that the casino takes over time to ensure its profitability.

With fairly basic strategies, like those that we’ll get to later in this guide, the house edge in Mississippi Stud Poker is 4.91%. 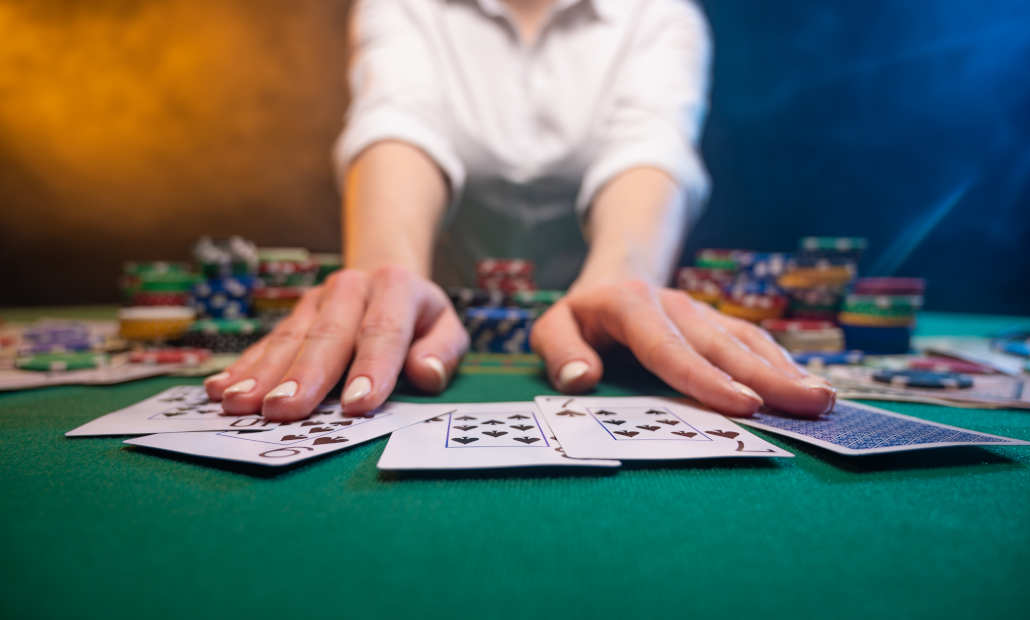 Looking at this number, you can say that the casino’s edge is a bit high, especially considering that this is not solely a luck-based game.

If you want to play a casino game that combines skill and luck, blackjack might seem like a more favorable choice. After all, it has a house edge of just 2%, and you can get this number down even more with a proper blackjack strategy.

However, what makes Mississippi Stud Poker different from other casino games with a house edge, including blackjack, is that this poker variation includes an “element of risk” that’s important to factor in.

Looking at the bigger picture, an average Mississippi Stud Poker player will bet 3.59 their ante each hand.

To get a more precise number of what the “element of risk” is in the long run, we should divide the house edge by the average bet size.

To put it differently, it is the ratio of the expected loss compared to the overall bet size. This means that the effective house edge for Mississippi Stud Poker is just 1.37%.

This makes it a much more favorable game to focus on for the long term.

How to Play Mississippi Stud – A Step-by-Step Guide

The game is played with a standard 52-card poker deck. Like in blackjack, you and the other players will be seated on one side of the table, while the dealer will be on the other side.

As we’ve mentioned before, you’re not actually playing against other players or the dealer. Here’s a step-by-step guide on how to play Mississippi Stud Poker:

As it carries the noun “poker” in its title, you might assume that Mississippi Stud Poker isn’t a luck-based game like most other casino games, but instead involves at least some level of skill. And, you’d be right to think this.

While Mississippi Stud certainly isn’t as complex or strategy-oriented as Texas Hold’em or Omaha, it still includes a degree of skill. If you want to play Mississippi Stud Poker for the long run and be profitable, you can’t leave your chances up to luck.

With that in mind, when playing Mississippi Stud Poker, your strategy will solely revolve based on what point of the game you find yourself in.

In other words, you will have to adapt your strategy based on the street you find yourself in.

Depending on where you look, you might find differing strategic tips. To make this a bit easier to follow, we’ll focus on basic strategies that are simple to follow and often equally profitable as more advanced tactics.

With that in mind, let’s go over the optimal strategies for the 3rd, 4th, and 5th streets in Mississippi Stud.

If your hole cards make up a pair of sixes or better, you should consider betting 3x your ante every time. The logic behind this is that you’ve already ensured that you’ll at least get your money back.

So, you have the freedom to try and bet the maximum on every street in hopes of lining up a better-paying hand.

Additionally, if you have a suited 5-6 hand or better, you can bet 1x, as this hand still holds a possibility for a number of winning combinations. Anything else warrants a fold.

After the dealer reveals the first community card, you’ll already have some feel of where your hand might be heading. A good rule of thumb during for the 4th Street is to avoid folding or making any bets that are worth 2x your ante.

Instead, you should only narrow down your choices to two options. These are 1x and 3x your ante.

If you have any paying hand, you should 3x your ante. Moreover, if you have three cards with no gaps to a Straight Flush or have any three parts of a Royal Flush, you should bet the same amount.

In contrast, if you have any other three suited cards, you should just bet 1x your ante. The same goes for a straight with no gaps.

If your hand doesn’t fall under any of these benchmarks, you should still consider playing and not folding, as the game is in its early stages.

After the second community card is revealed, you should maintain the strategy of betting 3x your ante for any paying hand you might have. 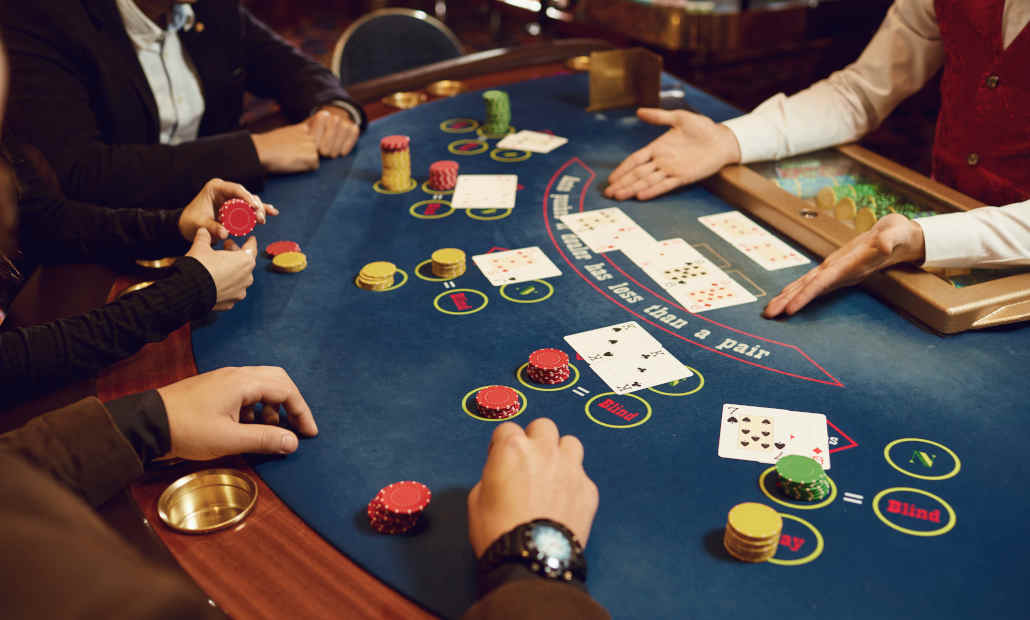 If you have a low pair, you should bet just 1x your ante. Again, there’s no reason to 2x any hand, although you might consider folding if you have a non-winning hand that doesn’t promise to be either a straight or a flush.

The Mississippi Stud strategies we’ve summarized above are some general guidelines that you should try to stick with to ensure you’re making optimal decisions in each situation.

We want to share some additional tips that will help you rake in more wins. Here are a handful of tips for playing Mississippi Stud Poker:

Mississippi Stud Poker is easy to pick up, but it still requires quite a bit of practice if you want to be proficient and win consistently.

Still, the game isn’t as high-pressure as most other poker variations, as you’re not playing against other players or against the dealer. All you have to focus on is having a strong hand that will get you paid.

With the tips and how-to pointers we’ve discussed in this detailed guide, you’re well-equipped to start your Mississippi Stud Poker experience. So, remember our advice, bet responsibly, and enjoy! 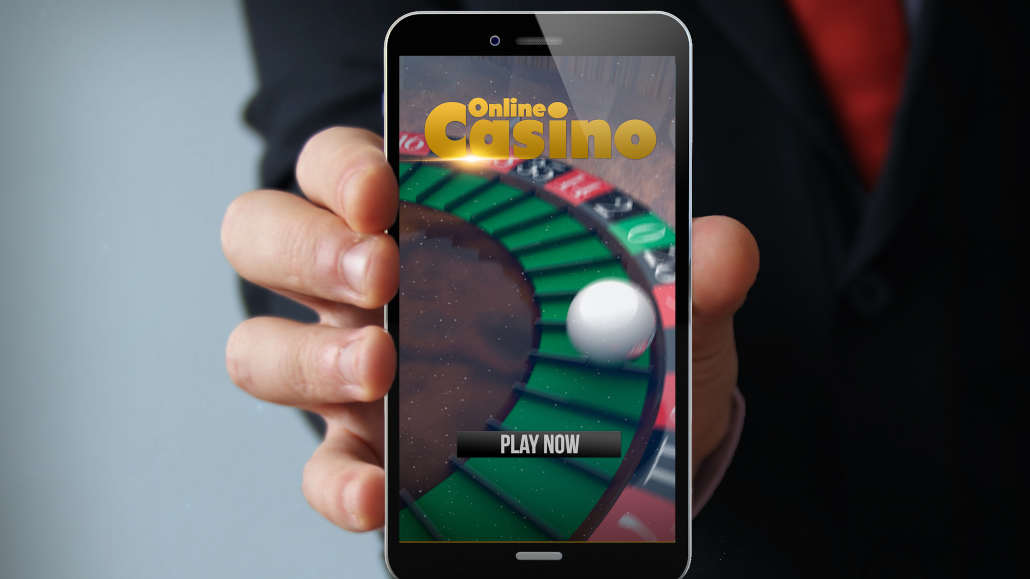 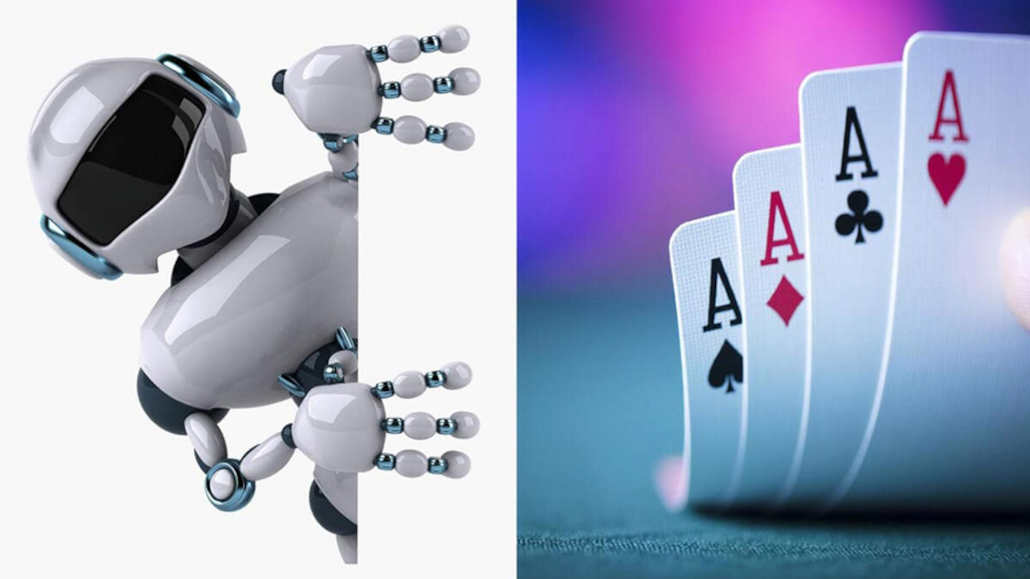 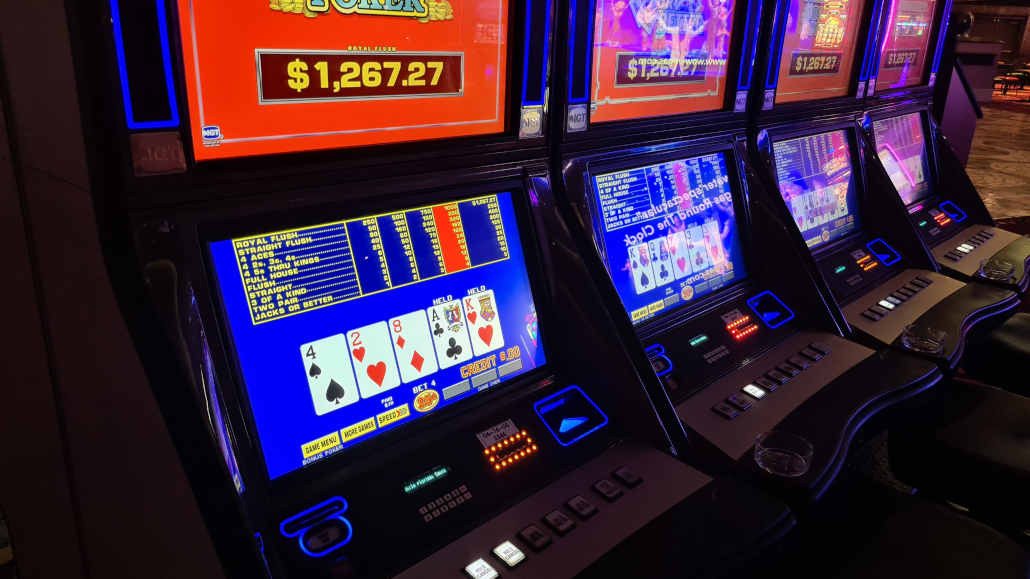 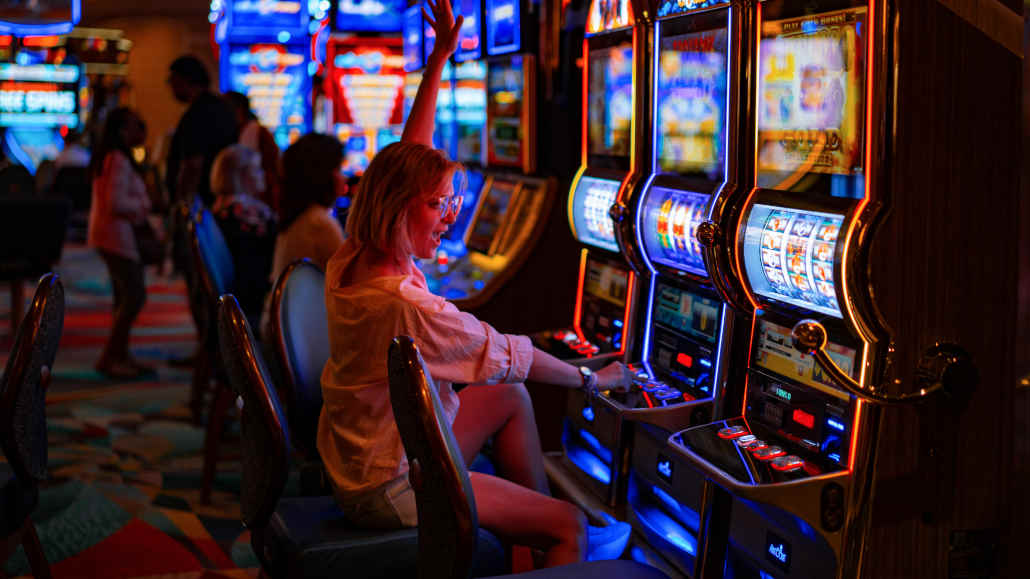