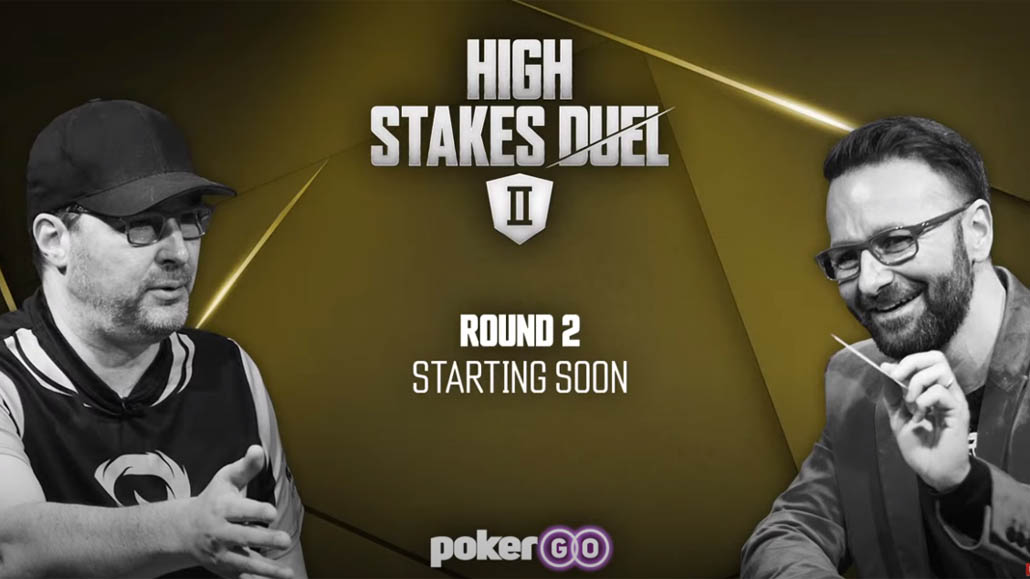 Last night saw the long-awaited and hyped-up rematch of Poker GO’s High Stakes Duel featuring Phil Hellmuth and Daniel Negreanu. As you might know, Phil claimed the victory in the first match, pocketing the $100,000 prize, but “KidPoker” immediately announced there would be a rematch.

This time around, the stakes were higher, as dictated by the challenge rules. The buy-in is doubled every time, so last night, both players had to put $100,000 on the line.

Negreanu was coming into the match ready to throw some punches and justify his role as the favorite. But Phil Hellmuth resorted to his “White Magic” once again to win the skirmish, taking a 2-0 lead and banking $200,000.

Warming Up With a Pre-match Interview

Before the action got underway last night, the two had an opportunity to share their thoughts about the last match, setting the stage for the battle that was about to come. 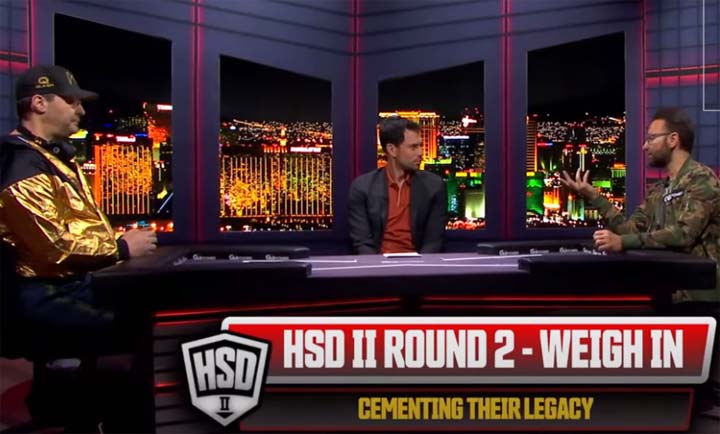 Negreanu wasn’t shy to express his opinion that he was the dominant player in the first round, but Phil managed to get lucky and turn things around. He also pointed out that Hellmuth is a great player, but he’s refusing to learn new things and take his game to the next level.

Hellmuth was being Hellmuth. He didn’t deny that there are some great young players out there and that there is some merit to the new GTO approach.

However, referring back to his track record in tournaments over the years, he simply didn’t feel the need to change anything.

The interview, or the chat between the two (however you want to look at it), was mostly respectful as you'd expect. After all, these are two people that have been good friends for decades. But those watching things live didn't tune in for chitchat. They were there to see the chips flying around and root for their favorite.

If there is one thing characteristic of the “Poker Brat's” style, it's the safe and calm approach. Hellmuth doesn't usually take big risks or run crazy bluffs.

Usually – but last night was different.

Phil came ready to fight for the win, and he wasn't going to let Negreanu push him around. He kept on firing on all cylinders, fighting in spots where you'd usually see him give up. Was his selection of poker hands to do it with in line with GTO charts? Probably not, but it still worked out in the end.

For the first half of the match, DNegs was still able to maintain the lead, chipping away at Hellmuth. But Phil kept on fighting and waiting for his opportunity.

The match was pretty equal for the best part of almost five hours it took to find the winner. It was during the last few minutes that Phil managed to find a spot for a three-barrel bluff and get Negreanu to fold the winner on the river in a massive pot.

Hellmuth picked up the Brunson in the big blind and decided his 10-2 in diamonds was the right hand to 3-bet Negreanu’s button open. “KidPoker” called with 7-9 of diamonds, and the two saw a flop containing a King and two sixes, one of them of the diamond variety.

Phil fired a small continuation bet, and Negreanu called with his backdoors.

The turn brought an action card as the dealer peeled off the eight of diamonds. Both players picked up flush draws, but Daniel also had an open-ended straight draw to go with it. So, naturally, when Hellmuth continued barreling on the turn, he called.

The river came a nine of spades, a card giving DNegs the best hand, but also completing the other flush draw that came on the flop. Hellmuth moved all-in with his 10-high, and the Canadian didn't take too much time mucking his hand.

Only a few minutes later, the rest of Negreanu’s chips ended up in the middle as he picked up pocket eights with about 25 big blinds. Hellmuth pressed the issue with A-4, and Daniel was happy to oblige.

Phil couldn't find an ace, but the board ran out with four hearts, giving him the A-high flush to win the pot and the match.

Will There Be Negreanu vs. Hellmuth Round 3?

As soon as the final card hit the felt, Negreanu got up from his chair and extended his hand to congratulate Phil on his victory. He even commended his play in the match, saying he played better than in the first match.

Hellmuth, on his part, acknowledged he got lucky in the final hand as Daniel was the favorite to win the pot.

But that’s just the nature of tournament poker, whether in the HU or any other format.

No matter who you support in this match, the good news is that we will get to see the High Stakes Duel Round 3. Negreanu has immediately extended the challenge to Phil, as is his prerogative according to the rules. 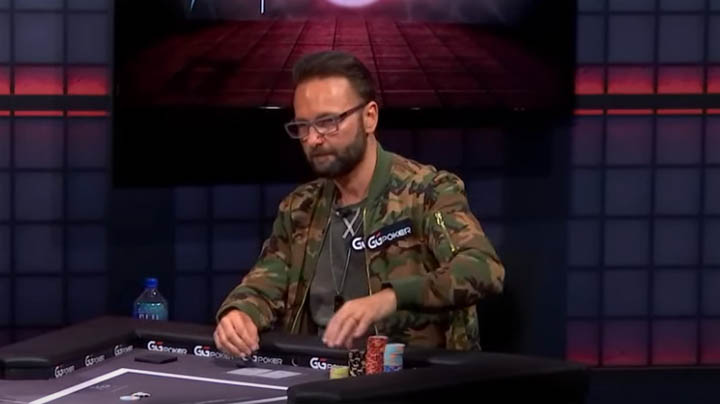 This is something that all poker fans are going to look forward to as we're getting into the serious money territory now, and DNegs will be extra motivated to try and win. And with the new season of High Stakes Poker now over, the timing of these matches couldn’t be better!