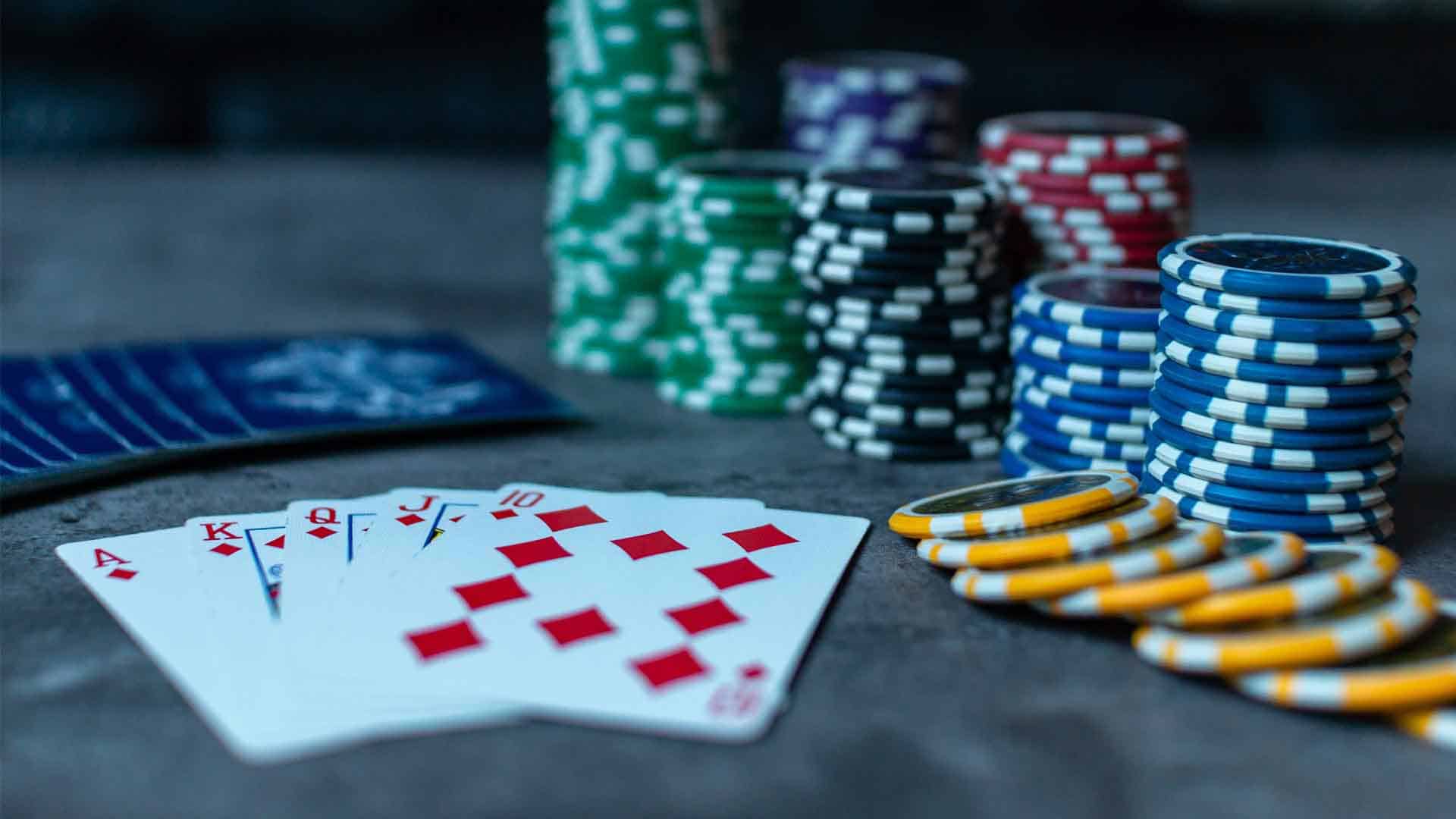 Few feelings beat that of flopping a huge hand in Texas Hold'em. It may be a bit of a cliché, but when you smash the flop, the first thing that comes to your mind is the proverbial „Vegas and f*ing mirage.“ For an experienced player, though, this is a feeling that lasts a split of a second. Immediately after comes the important part: what to do to get most chips out of your opponent?

Making a big hand isn't enough to get you paid. The other player(s) in the pot must also be willing to continue putting chips in the pot while behind. There are numerous strategy approaches to consider in these spots but the one we'll focus on today is slow-playing.

The last thing you want when you make a big hand is to push everybody else out by being overly aggressive. By playing your hand slowly, you let your opponents hang themselves as they believe their hand is stronger than what you have or that their bluff might work.

Slow-playing is definitely a legitimate strategy that can and should be applied in certain spots, do not confuse it with slow roll poker moves.

However, not all situations where you have a big hand warrant the slow-playing approach. In this article, we'll look behind the logic of slow-play and consider some situations where it may or may not be the best way to go about.

SLOW IT DOWN WHEN YOU HAVE THE LOCK ON THE HAND

One of the most obvious spots where slow-playing your hand makes more sense than any other approach is when you pretty much have a lock on the hand. If you're in a situation where your hand is virtually invulnerable and there aren't much your opponents could have to call with, taking things slowly is pretty much the only approach that makes sense. 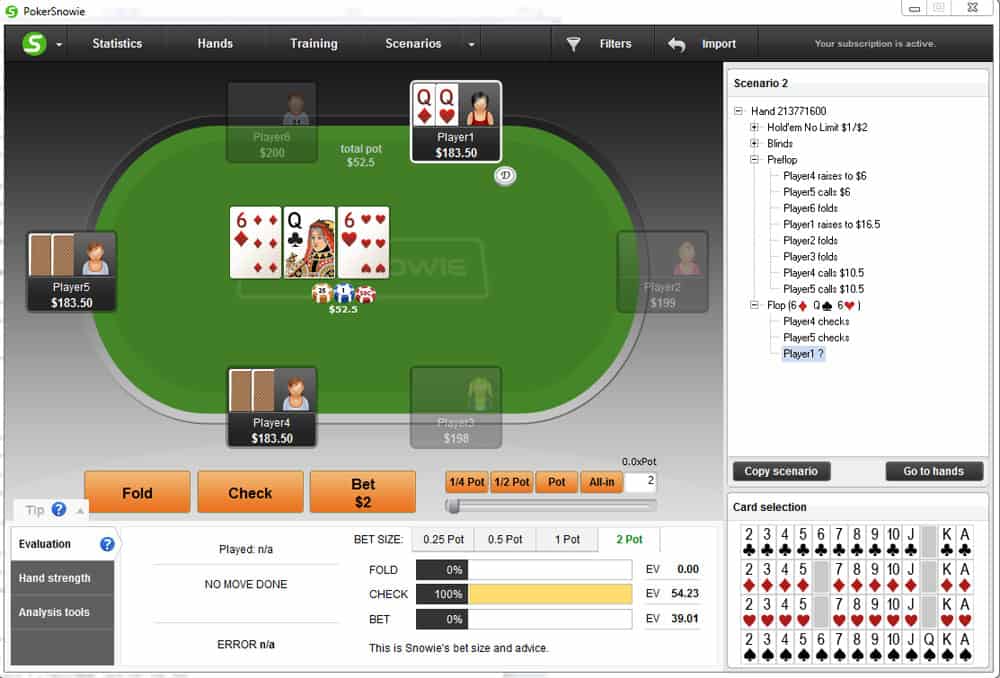 Here, for example, we 3-bet from the button, and both players ended up calling. When they check to us on the flop, PokerSnowie suggests that checking back has a much higher EV than betting.

While one of them may have a hand they ‘re willing to call one bet with, we’d rather keep both opponents in and let them see another card. If they have a small pocket pair, for example, and boat up on the turn, we’ll likely take their entire stack.

In spots such as these, you need to give your opponents as much time as you can to let them catch up. Since they can basically never end up with a hand that is going to beat you, you want them to improve as much as possible.

Since you gave no indication about the strength of your hand, they might end up calling you off relatively light, especially if they believe you’re someone who’s capable of bluffing in these types of spots.

Not all situations where you flop big are appropriate for slow-playing. On wet boards where there are many potential draws and your opponents can have many made hands with re-draws, you’ll want to play your big hands fast.

Unlike the previous example, there is a range of poker hands you can expect to get called by when you raise so you aren’t nearly as afraid of losing value.

At the same time, by betting and raising, you’re protecting your hand and building the pot. By playing your hand aggressively on the flop, you’ll put yourself in a great spot on the turn to really put pressure on your opponent if a favorable card hits the felt. 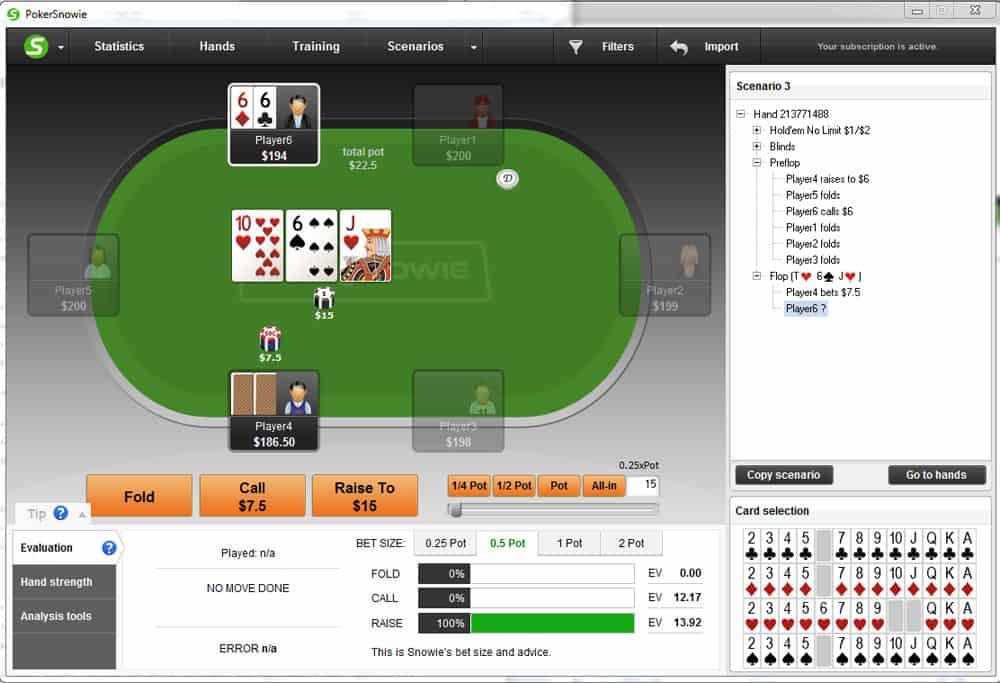 In this example, we’ve decided to set mine against a UTG raiser and flopped our set. The board texture is such, however, that PokerSnowie suggests raising the continuation bet immediately as there are so many bad turn cards for our hand.

We want to deny our opponent equity and we’re perfectly happy to get chips in the middle right now before things get any more complicated. If a blank hits on the turn and they check to us, we need to continue betting 100% of the time. 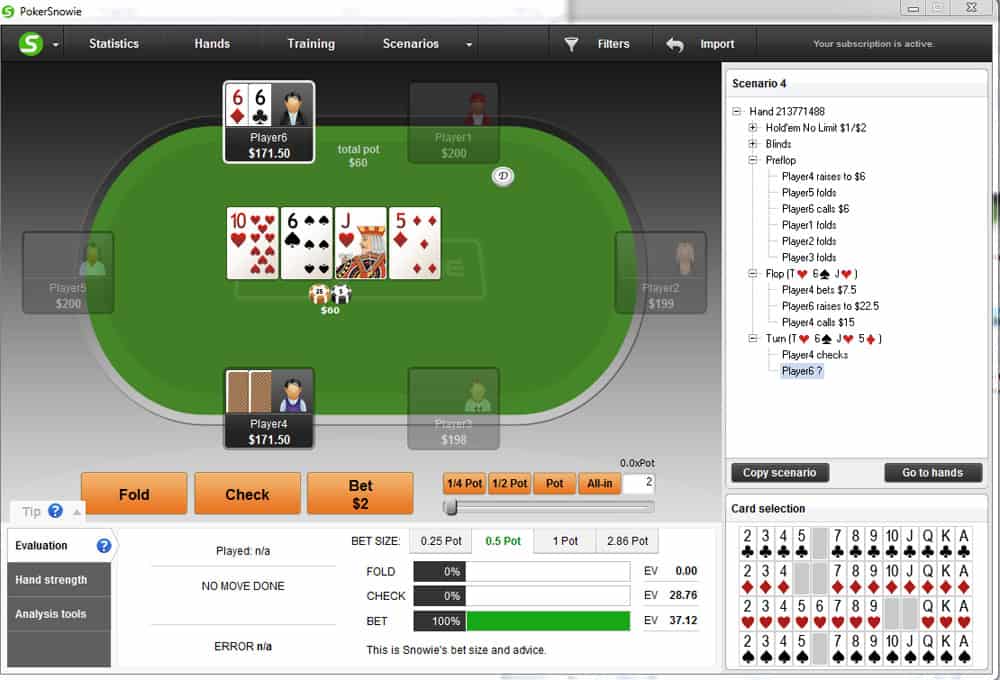 Wet boards such as the one from the example are where many inexperienced players make most mistakes. They flop a big hand in relative terms and completely disregard the fact that there are many hands in their opponent’s range that can actually catch up and run them down.

Always try to think about your hand in relative terms, i.e. consider how (un)likely is your opponent to actually end up with a better hand by the river. Analyze their perceived range of hands and figure out if there are enough combos in there to merit a raise.

If the answer is “yes,” you should gear up and start building that pot for value and for protection.

To put yourself in many favorable situations, you should carefully select hands that you are going to play. You can get my FREE poker hand cheat sheets here:

In many spots, we’ll end up flopping a hand that’s relatively strong but isn’t the nuts. Depending on the board texture and our opponent’s actions, we may want to slow-play these hands for a couple of reasons:

This is best demonstrated through an example: 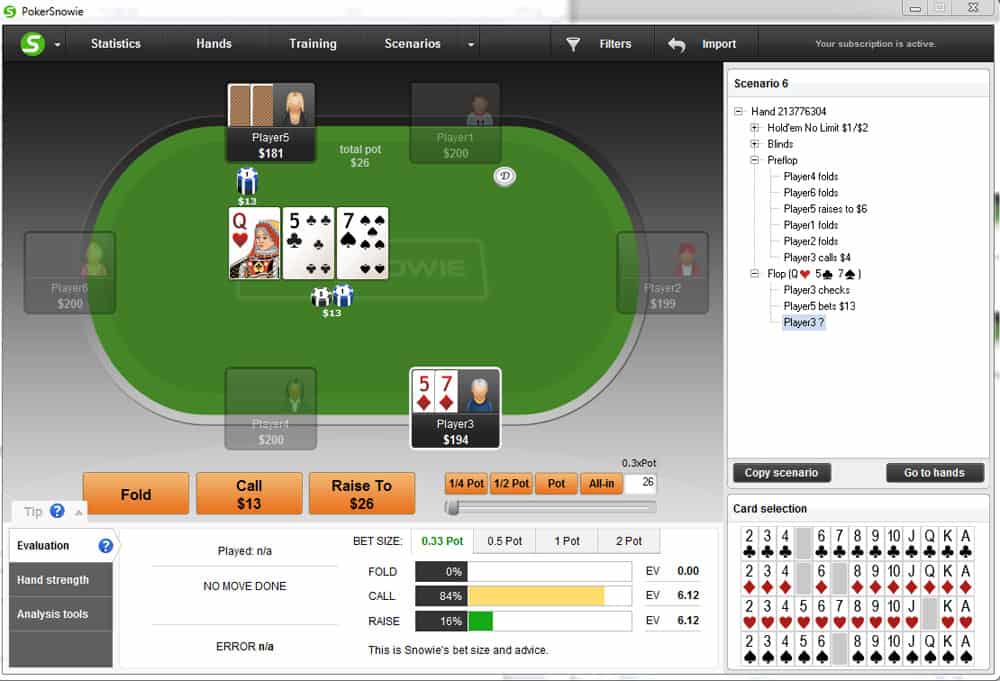 Here, we’ve flopped a big hand but our opponent is clearly happy to bet big. By doing so, they’re representing a very strong range of hands, but also the one that is currently behind. We don’t achieve much by raising here as any observant player will be very careful about someone 3-betting their pot-sized continuation bet.

PokerSnowie prefers just calling, although we can still raise some percentage of the time. In general, though, and as clear from the percentages, calling should be your preferred option given the situation and the bet size.

If they do happen to be bluffing, we’ll deny them the opportunity to continue their aggression. If they have a big hand, we’re more likely to get their chips if we let them do the betting. By doing that, we’re under-representing our hand to look more like a decent Queen. Depending on the runout, many aggressive players will go for three streets of value in these spots.

There is something to be said about protecting our hand in these spots as well.

If we put the opponent on a strong range of that consists mostly of over-pairs, they stand to catch up and come out ahead some of the time (especially by the board paring one of the other two cards).

When this does happen in these spots, you’ll need to find your brakes and give up. Turning what was once a strong hand into a weak bluff catcher in the face of heavy aggression is not the best strategy most of the time.

Use Your Reads and Stats

As with everything else in poker, you should factor in any reads or relevant stats from your Hold’em Manager when deciding on whether to slow-play or not. Against players with stats that indicate they hate folding you can afford to play your big hands faster than you would ordinarily.

On the other hand, against someone who folds to flop raises a majority of the time, you should be more inclined to take a riskier approach and just call even if the board isn’t super-safe.

The more information you have on your opponent, the better.

This will allow you to make slight adjustments to your strategy and come up with creative lines and some out-of-the-box thinking that should produce better results than just going into the auto-pilot mode.

Additionally, occasional deviations from your usual patterns will keep observant players on their toes as they’ll have difficulties figuring out what to do against you in certain spots, which is exactly what you want. Thus, make sure to take full advantage of all top poker tools available for you.

Stay Sharp and Think Every Situation Through

The key to success in poker is staying sharp and observant at all times, thinking about your decisions, and making sure you understand the reasons for doing what you’re doing. Hopefully, the advice in this article will help you get a better grasp of when you should and shouldn’t slow play your big hands.

The key takeaway from this strategy discussion is that you should never think just about your hand. Always consider your hand as it stacks up against the range of hands of other players involved and how that entire range corresponds with the board. Something you should study, maybe, by even joining one of the poker training sites.

Of course, this is easier said than done, especially in multi-way pots, but as you practice more, you’ll become better at this and it will become much easier to recognize spots where playing your hand fast, for example, will produce much better results in the long run, even if you are sitting there holding the nuts at the moment. 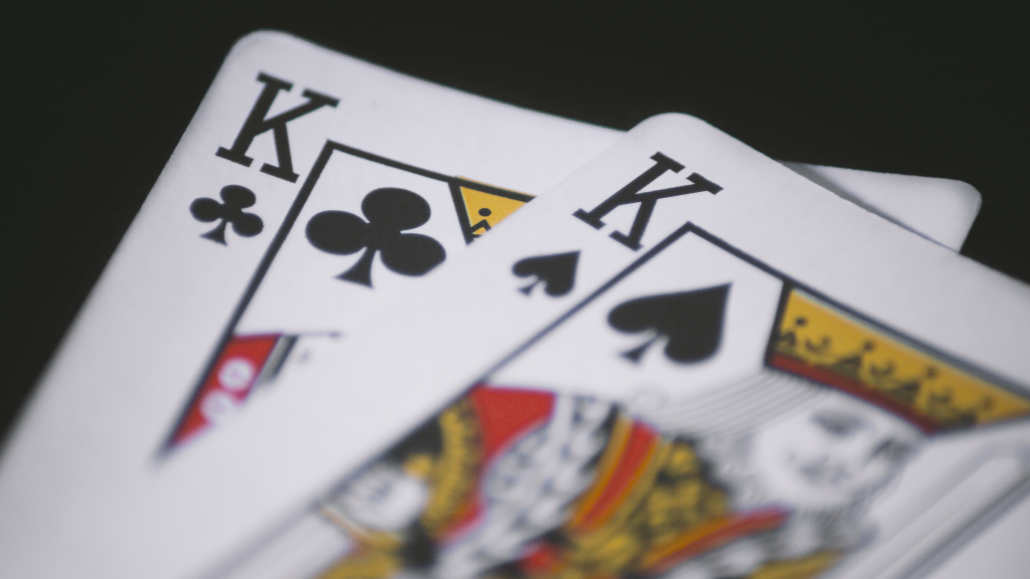 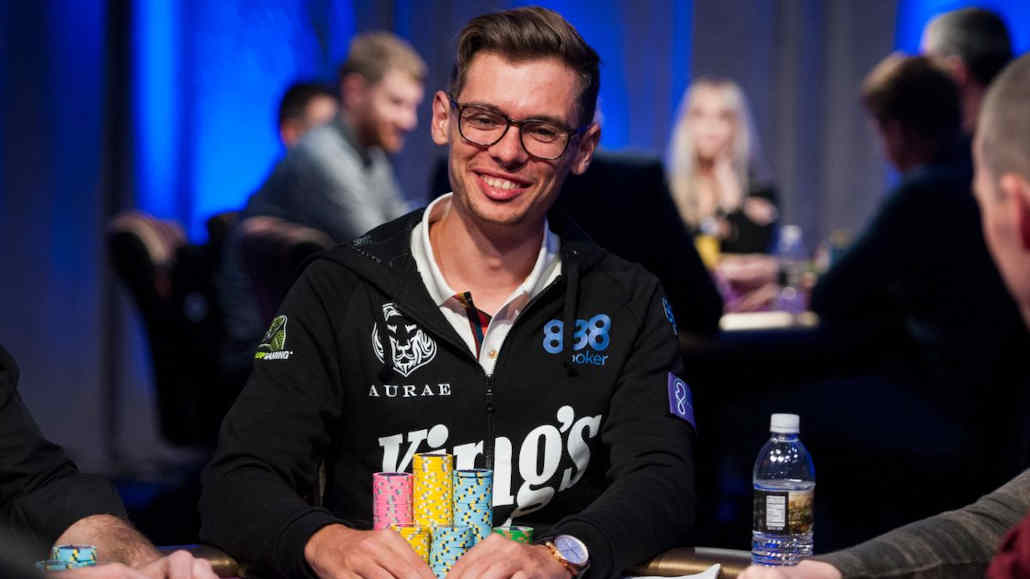 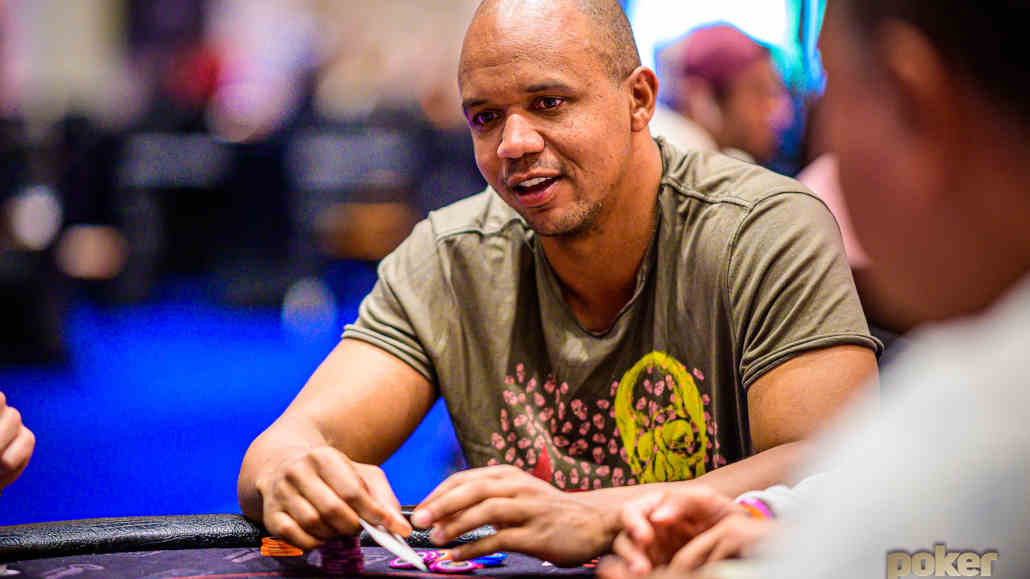