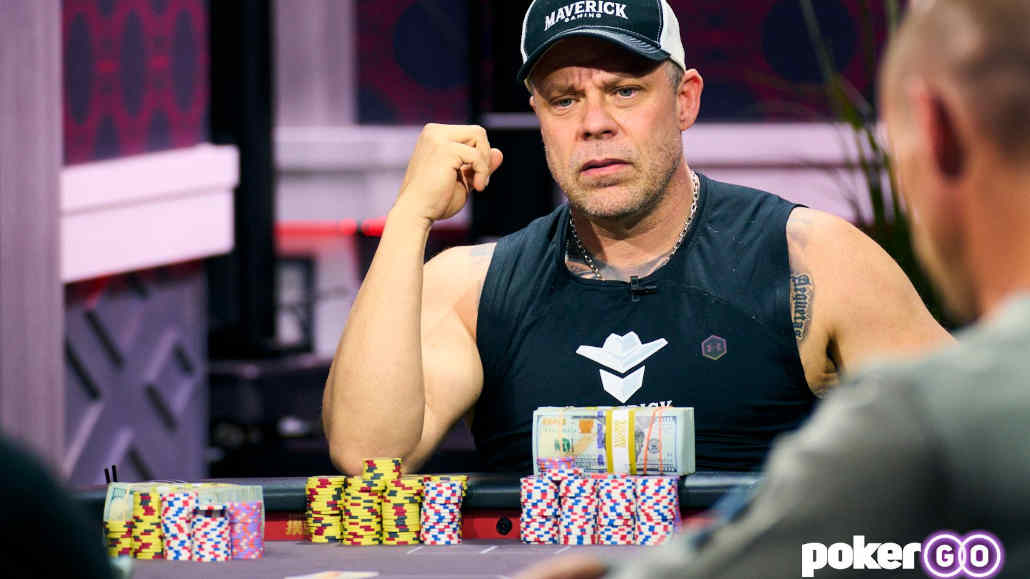 With stacks getting bigger and a nice mix of pros and amateurs in the lineup, the new episode of High Stakes Poker was looking very promising – and it most certainly didn’t fail our expectations.

It was Eric Persson, an amateur poker player and a casino owner, who stole the show, being involved in almost all of the biggest and most interesting pots of the night.

The other seven players tried their best to keep up, but Eric was fearless with his bluffs and monster hands alike, creating a highly entertaining environment.

Like every week, we’ll go over some of the most interesting spots from the last week to give you a good taste of what to expect from the all-new episode of High Stakes Poker.

Persson made it very clear he was out for the blood right from the first hand. After flopping trips and improving to a full house on the river, he moved all-in against Tom Dwan, putting the seasoned pro in a tough spot.

Eventually, ‘durrrr’ arrived at the correct decision and mucked his hand, but this was just an introduction to what was going to be the Eric Persson show.

A few hands later, he peeked down at K♣Q♣ in the highjack and made it $3,000 to go. Bryn Kenny found two red fives on the button and made a standard call.

The two proceeded to see the action flop of 10♣5♣4♣, giving Persson the second-nut flush and Kenney a middle set. Eric continued the aggression, betting $4,000, and Bryn quickly made it $13,000.

Persson didn’t miss the opportunity to engage Bryn in a conversation, and after a short exchange, 3-bet to $29,000. Kenney called, and the dealer proceeded to produce the K♦ on the turn.

The river A♠ brought no changes to the actual holdings, and when Persson announced he was all in for $133,000 effective, Kenney went into a deep tank.

As he was thinking, Persson made sure to give him his speech routine, trying to confuse the opponent. Eventually, Kenney couldn’t find a fold with his strong hand, and he put the chips in the middle. Eric turned over his flush and raked in the pot of $456,500.

Kenney Gets Max Value from Patrik

Things have been rough for Patrik Antonius on the new season of High Stakes Poker as cards haven’t been falling his way, and he found himself in many tough spots.

Some of these he managed to navigate correctly, but last night, he made a costly misstep against Bryn Kenney.

The hand in question started with Patrik opening the action to $3000 from the highjack holding A♥J♥ and Kenney 3-betting in the cutoff with K♦J♣.

The 3-bet wasn’t enough to dissuade Tang in the big blind, who cold-called with 9♦8♦, and when the action got back to Antonius, he made the call as well, going to the flop 3-handed. 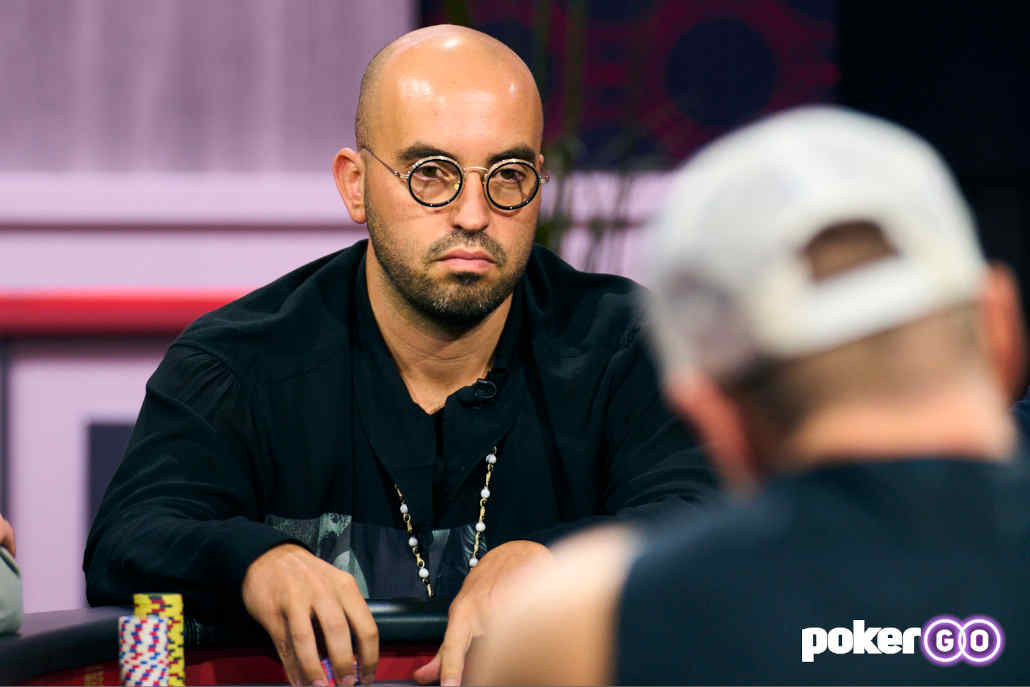 The flop came with the promise of action, bringing K♣5♥4♥, giving Kenney a solid top pair and Patrik the nut flush draw.

Somewhat surprisingly, the action checked around, so all three players saw the turn of J♠. This was a gin card for Kenney, as it improved him to the top two pair.

At the same time, it gave Patrik a second pair with the best kicker to go with his flush draw.

Antonius tried to seize the opportunity and bet out for $8,000, but this was met by Bryn’s immediate raise to $31,000. Tang got out of the way, and Patrik, after going over his options, made the call.

The river was pretty much a brick as it came 4♣, pairing the board. The Fin missed his draw once again, and he checked over to Kenney.

Bryn had a good read on the situation, as he placed a $93,000 value bet, exceeding the size of the pot.

Patrik took a long time thinking what to do and eventually made the wrong decision, calling off Kenney’s bet with a pair of jacks, sending the $270K pot his opponent’s way.

Hero calls can create the best feeling you can get at the tables – but that only goes when you’re right. Be that as it may, some players like to go with their gut no matter what, and Krish Menon has shown time and time again he is one of those players.

The hand in question started as a bit of a family pot, as Menon opened the action to $3,000 with pocket sixes and picked up four callers, including Tang, who found 3♦3♣ in the big blind.

The flop came a good one for Tang as the dealer revealed A♦10♣3♥. The board improved almost everyone but Menon in some way, but that didn’t stop Krish from keeping on the pressure.

As the action checked through on the flop and the turn brought 4♥, Krish opened the betting with $9,000 after Tang checked to him. 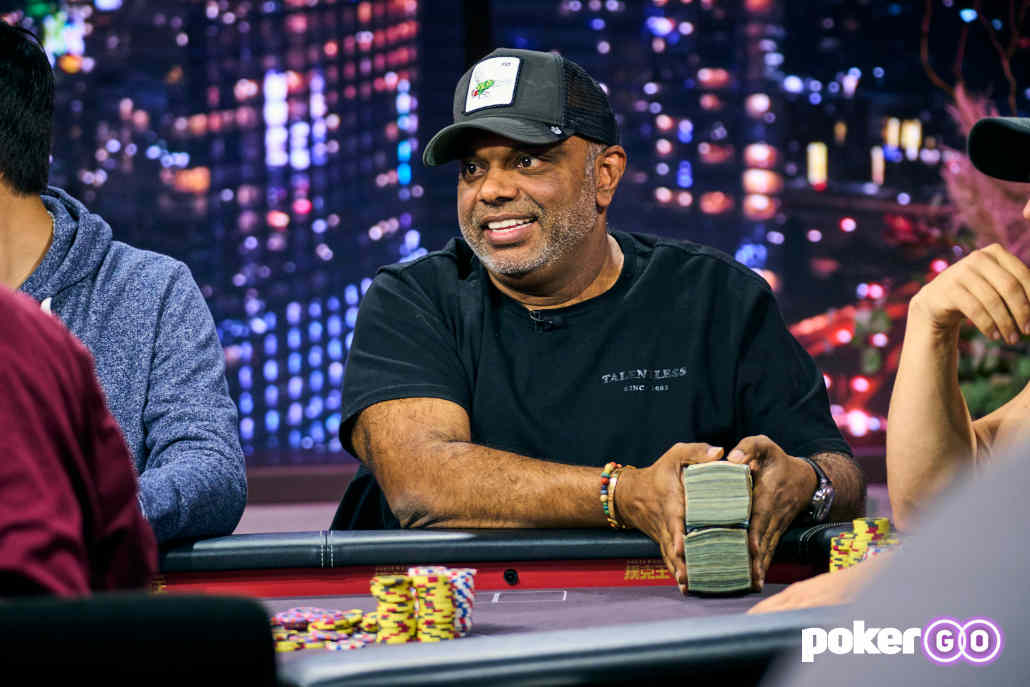 The rest of the table mucked their cards, and the action came back to Tang with his bottom set. After a short deliberation, he decided to bump it up to $35,000, and it looked like this would be the end of this particular hand.

Krish had other ideas, though, as he made the call.

Menon clearly had his mind made up his opponent was bluffing, as it only took him a few brief moments to make the call and get the bad news. Tang, on the other hand, got the absolute maximum with his set given the situation, raking in the pot of $326,500.

As you can see, chips were flying all over the place on the new episode of High Stakes Poker, and these three pots are just a few highlights. If things continue in this direction, the next session could see some real fireworks, and we’re eagerly looking forward to it!