Poker Rebuy Tournament Strategy – Get Most Out of Your Chips 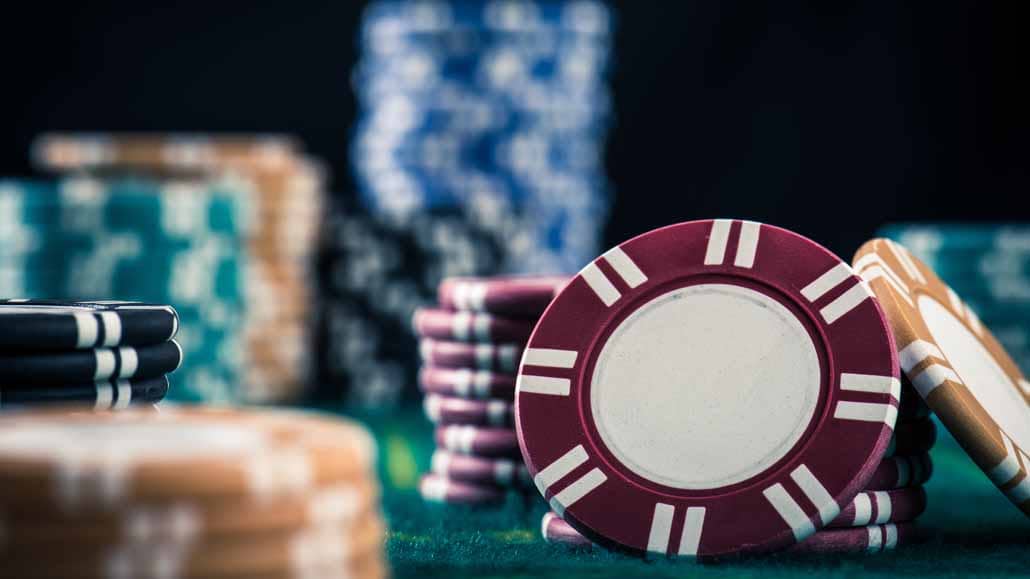 Rebuy poker tournaments used to be quite popular in the past when they were the only real alternative to freezeout poker events.

Unlike freezeout MTTs, rebuy poker tournaments allow you to buy more chips when you lose your chips.

So, there are some interesting strategic adjustments required if you want to excel in this particular format.

This article will provide you with a host of valuable tips on how to play rebuy MTTs for optimal results.

While you don’t need to deviate too much from a solid and sound MTT poker strategy to do well in rebuys, there are certain aspects you’ll need to pay attention to and understand to successfully implement required tweaks.

What Are Rebuy Poker Tournaments?

First of all, if you’re new to this format, it’s important to understand what makes this format unique and different from, say, re-entry events.

There are several defining aspects that make rebuy MTTs different from any other format, namely:

In practice, let’s say everyone starts the tournament with 5,000 in chips. In most rebuys, you can immediately buy 5,000 more, usually for the buy-in's original price.

In fact, you can only buy poker chips on the spot when you bust. You can’t get up and leave and buy back in once the rebuy period is about to close.

You either do it immediately after losing the stack, or you’re out.

Importance of Add-ons in Rebuy Tournaments

Before moving on to the actual strategy, another aspect of rebuy tournaments needs to be discussed and explained, the add-on. 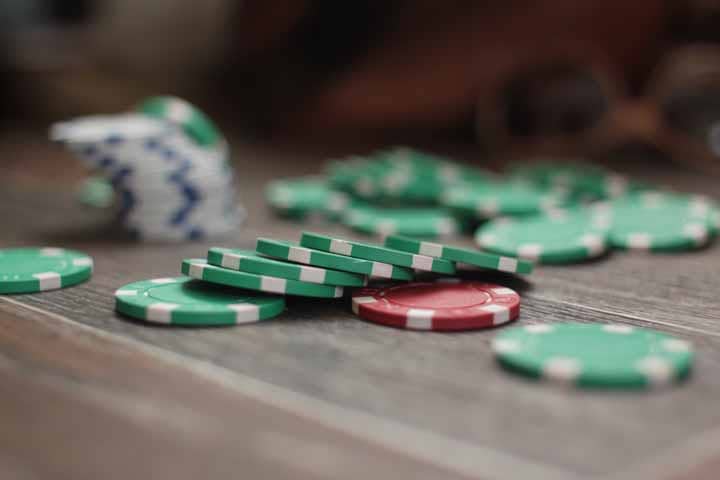 At the end of the rebuy period, regardless of how long it may last, you will usually have an option to buy an add-on.

For the price of buy-in, you will be able to get extra chips in your stack, usually at least two times the starting stack, but sometimes it can be even more.

Many players make the mistake of being too cheap when it comes to buying add-ons.

The fact of the matter is, you should almost always buy these extra chips, even if you have a seemingly big stack.

You shouldn’t be thinking along the lines of saving that one buy-in if you decide to play rebuy poker tournaments, especially if you have good bankroll management.

Those additional chips can make the difference between busting in a hand later on or still having chips to play on.

In both cases, those add-on chips are extremely valuable.

Your chips are your tools in MTTs, and you want to have as many of them available as you can. If you have a ridiculous stack and the add-on would only constitute like 1% or 2% of it, I guess you can pass on it, but otherwise, I think you should always go for an add-on.

With these technicalities out of the way, it’s time to dig into some actual strategic considerations. The best way to do this is to break the tournament into three main stages and see how you can adjust your play and poker hand ranges.

Even in high stakes rebuy MTTs, the first few levels of a tournament can be really insane. Since you can't really bust, many players take the high variance approach to put themselves in marginal or even –EV spots to build a big stack.

Approaching rebuy poker tournaments in this way is fun but not necessarily most profitable.

When everyone else is gambling it up, you should actually tighten up to play fewer poker hands and wait for good spots. You should get plenty of these during the first few levels as people will look for any excuse to get their chips in the middle.

Straight draws, flush draws, and whatever else you can think of will somehow be good enough to play for stacks.

The best adjustment you can make is to stay patient and wait for big hands. When you do pick up big hands, either preflop or on the flop, you want to bet big, raise, and re-raise. 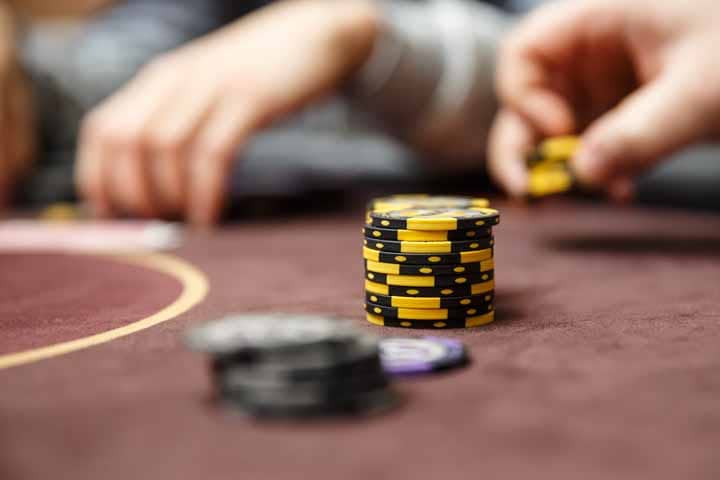 For example, say you pick up pocket Kings. In a regular tournament, you may want to try and be tricky to get someone to give you action, but you don't need to do this in a rebuy poker MTT.

Someone will almost always give you action anyways, and you don't want six people seeing the flop.

If there is a raise in front of you, make a big 3-bet and try to get as many chips in the middle while you are pretty confident you're ahead.

Similarly, if you have a big hand on the flop, like a set or top two pair, push hard.

People will go against the odds to try and complete their draws, so make sure to charge them properly. Nobody’s folding a flush draw in a rebuy tournament, promise.

The middle stage of rebuy poker MTT begins after the rebuy phase is over and players have bought their add-ons.

At this point, the tournament begins a regular freezeout as you no longer have an option to buy more chips.

Your strategy for the middle phase will mostly depend on your stack size.

The good thing about rebuy tournaments is that you should never be super-short as you always have an add-on to boost your chip count a bit.

Of course, this isn't the rule, as you can be around the starting stack when the break comes, and buying the add-on might put you at around a 15 – 20 big blind mark.

If you’re on a short stack, look for chances to double up.

With a middling stack, you can pay more attention to poker positions and try to steal some pots along the way to keep you hovering until your big opportunity comes. 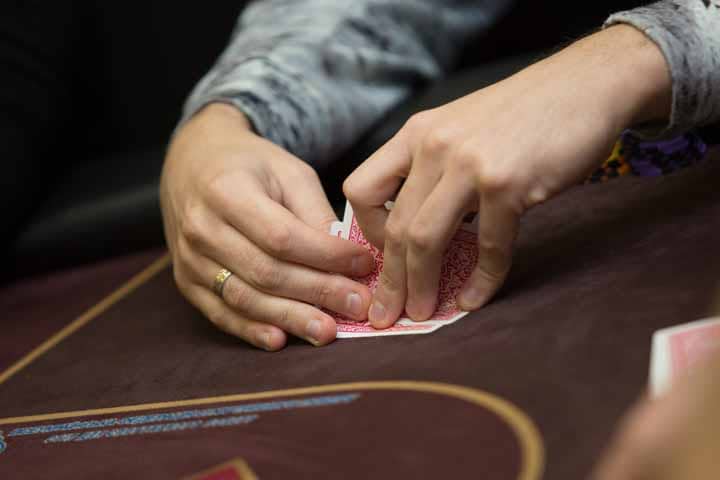 One thing you should keep in mind, though, especially during the first couple of levels after the break, is that not all players will make the mental transition.

Some will still play the same strategy they used during the rebuy period, i.e., playing extremely loose and aggressive with marginal hands.

Keep an eye out for these players, as they are your best opportunity to get your chips in the middle in a great spot.

As you get closer to the final table, you will have to pay attention to two things. The first one is, obviously, ICM. The second one is continuing to build your stack for the final table.

Like in all tournaments, as you get deeper and the field gets smaller, those pay jumps will become increasingly better.

So, you will have to do some calculations to figure out certain spots, as there is more to it than just direct odds.

To find out more about ICM, check out this article as it will help you a lot in rebuy tournaments and MTTs in general.

At the same time, you want to keep building your stack.

The bulk of the money is at the final table, especially in the first few spots. This is your ultimate goal, and some players will even make deliberate ICM mistakes to try and make a dominant stack.

Where rebuys differ from freezeouts in late stages is that you’ll often play deeper. Because of all the extra chips pumped in during the rebuy period, the average stack will usually be somewhat bigger than in a standard MTT.

While knowing your push-fold ranges is still important, you’ll also need to get comfortable playing some trickier spots on the flop and after, with the added pressure of ICM and the final table looming.

There are several great things about rebuy tournaments, which you need to know about if you’re considering this format. In several aspects, they’re simply better than freezeout MTTs, and that’s just the fact. 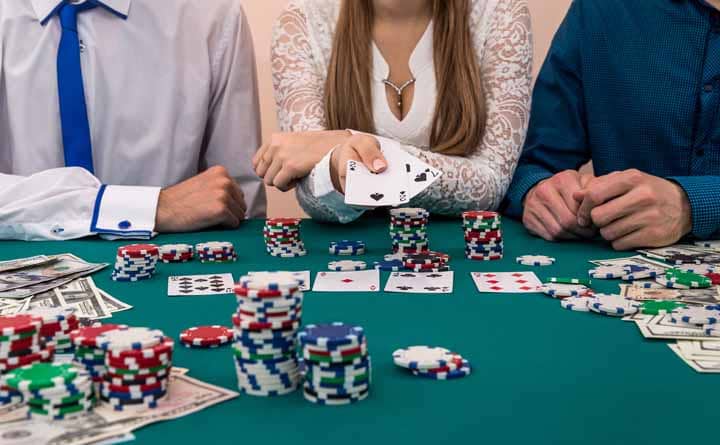 The first and the most obvious advantage of rebuy MTTs is that prize pools will generally be bigger than for the same buy-in level of freezeouts.

All the rebuys and add-ons quickly add up, especially from those players who don’t care about how much they spend and just want to make a big stack.

Even good players tend to get carried away in poker rebuy events and make suboptimal decisions looking to stack up. Additionally, this format attracts gamblers who love the rush and adrenaline. Knowing they can’t bust, they will splash around like crazy, which makes your job that much easier.

Busting out of a tournament sucks, and it will always suck, no matter how long you've been around.

Rebuys aren't as painful because if you suffer a bad beat or make a bad read, you can buy more chips and jump straight back in. It will cost you some more money, but at least you aren't headed for the rail.

Of course, rebuy events have their “dark” side as well. They definitely aren’t everyone’s cup of tea. Keep these cons in mind when weighing your options.

You probably know that the variance in tournaments is brutal. Any MTT player will tell you that you can go on long and painful runs where you don't make a significant score for dozens and even hundreds of tournaments.

In rebuys, the variance can be even harsher because there is more gambling involved.

You’ll have to deal with some really ugly and weird beats, and just how it is. The thing is, those times that you do build a huge stack and win a tournament, it’s still just one tournament. You don’t get bonus points for having a huge stack throughout the event.

If you want to play rebuy poker tournaments, you’ll need a bigger bankroll than you’d need for freezeouts at the same level. 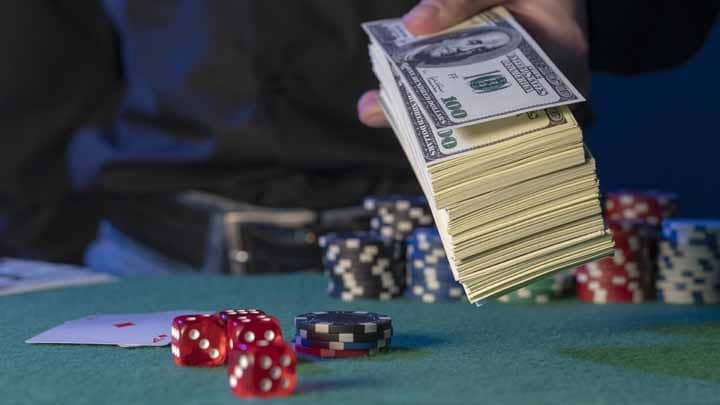 This is pretty self-explanatory. Even if you only bought one bullet each time and an add-on, you’re still paying twice as much.

While it sucks to bust out of a tournament, once you do bust out, that’s it. You can no longer make your situation worse. You’ll have some time to cool off and calm down before you sit down to play again.

In rebuys, things can get out of control quickly.

After a few bad beats, you might start feeling like you’re “due” and throwing your chips left and right to win some big pots. Before you know it, you’ll be in for a bunch of buy-ins without much to show for it.

So, to sum things up, are rebuy tournaments a good way to go about building your bankroll and making money out of poker?

In many ways, rebuy poker MTTs are great as they aren’t as challenging, especially at lower buy-in levels, and you’ll be able to get to later stages quite frequently with a big stack.

As long as you can adjust to the rebuy environment following tips from this article, you should be posting good results.

On the flip side, this format can be quite heavy on your bankroll, and it will require you to stay cool-headed and not get carried away. Otherwise, you'll start making the very mistakes that make this format so profitable in the first place.

That said, you can always join a poker training site and up your game to the next level.

If you do decide to give rebuy poker tournaments a go, here are the final few tips to take away: 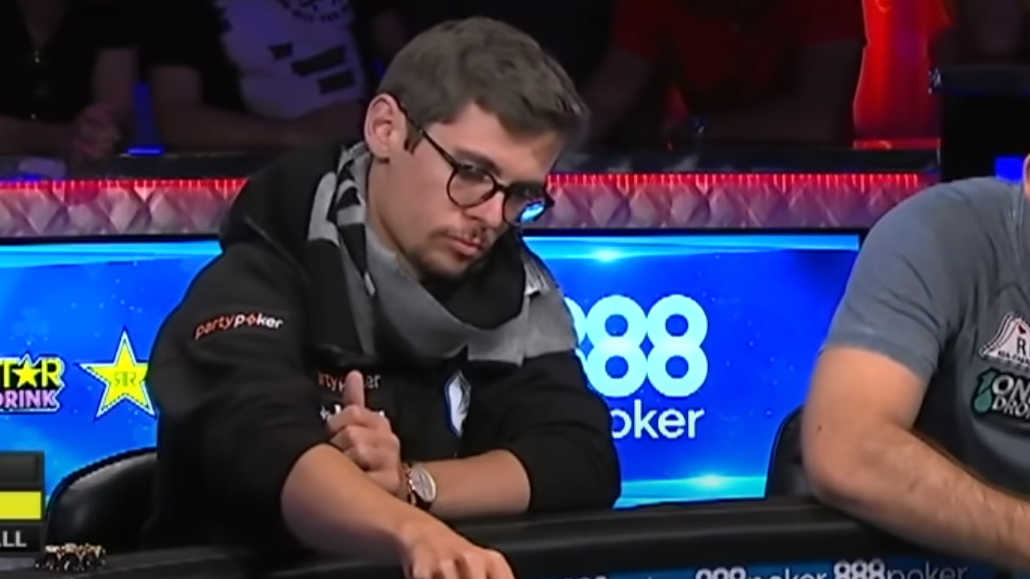 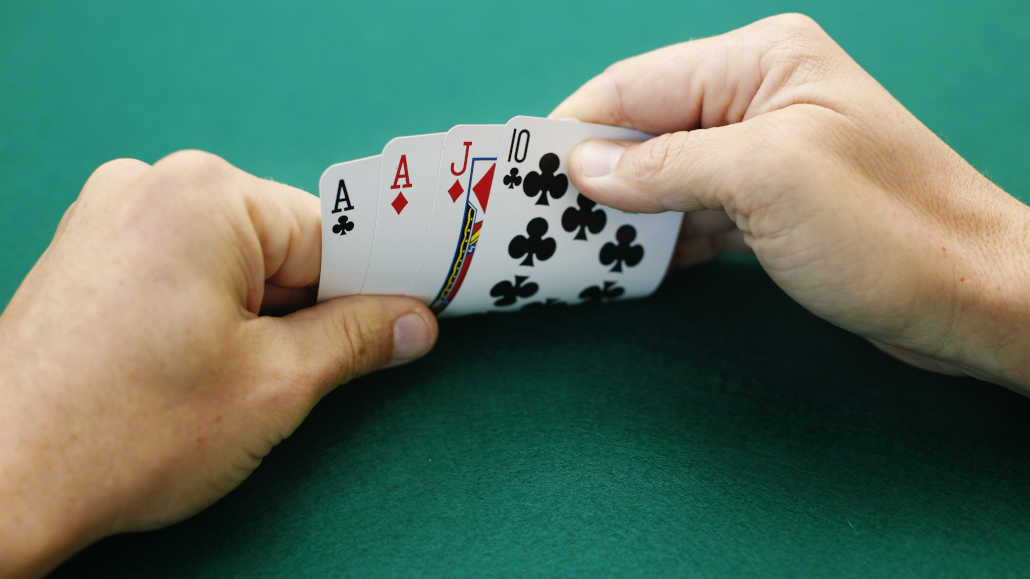