13 Unwritten Etiquette and Poker Rules You Need To Know 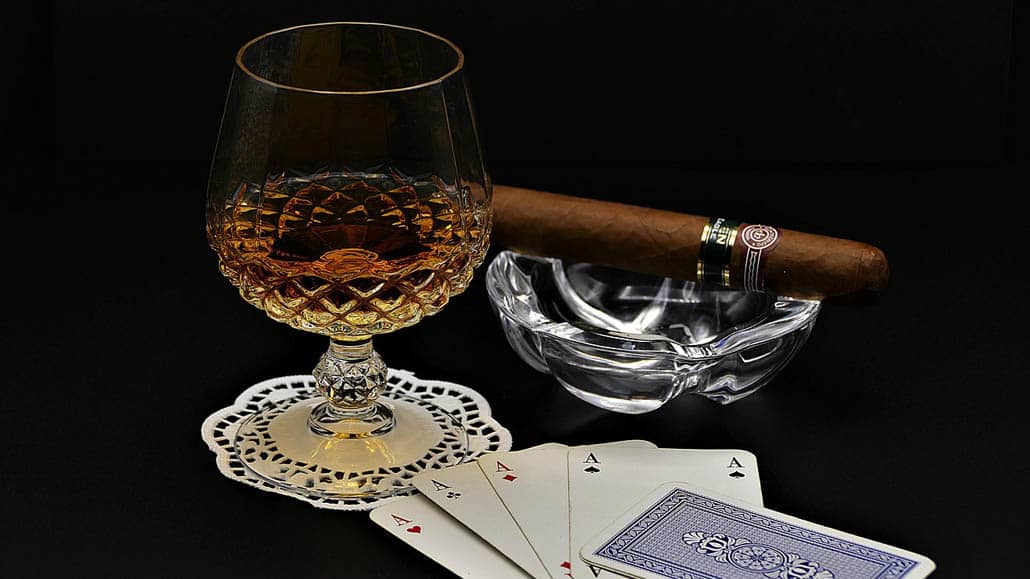 Poker is a kind of casino game that requires skill, knowledge, and a lot of thinking. Social interaction is one of the main aspects of the game, and what comes with it is a bunch of rules.

Apart from the set of poker rules every player should know, this game has some additional unwritten rules. Learning them will make the gameplay more enjoyable and make one seem like an experienced player, which can sometimes be quite beneficial.

Take a look at some tips and rules no one will tell you about and step up your game today! It is high time you've improved your social game!

1. Respect The Dealer and Other Players

Even if the participants are not your acquaintances or friends, you should always respect them. There is no need to make new friends if you don't feel like it, but being polite is a must.

This applies to the dealer as well. Disrespecting and/or berating the dealer is simply not acceptable.

Even though other participants might be stalling or making mistakes due to being new to the game, you should always try to keep your composure and act respectfully when playing poker.

The previous one leads us to this unwritten poker rule – don’t waste anyone else’s time even when you play legal online poker for real money. Engaging in other activities while playing poker is annoying and unprofessional.

Put your phone on silent and don’t let other things distract you. Try to focus on the game fully.

Additionally, when a player is taking too long to decide, it can be quite irksome to other players, particularly if done frequently and without a good reason.

3. Calling The Clock Too Soon

It can be annoying when someone is wasting other people’s time by taking too long to make a decision. However, what’s more, irritating are the players calling the clock too soon. When someone calls the clock, they will limit the time you have to decide to one minute. 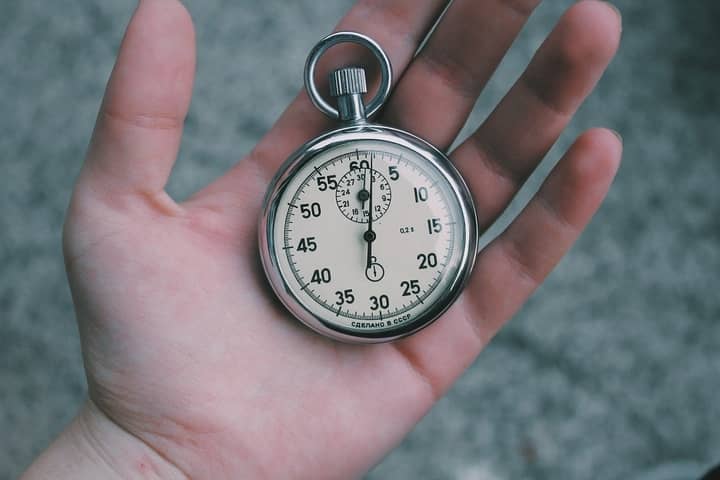 There are poker players who have a really poor sense when it comes to this, and calling the clock too soon can be a big problem. Being impatient is not regarded as a virtue at the table, and constantly clocking other players won't make you any friends.

4. Declaring Your Move Too Soon

Pay attention to the gameplay and when it is your turn to declare a move. Announcing action and jumping the gun early is considered a bad-mannered action and you should avoid it at all cost.

This can further ruin the game as you can give the player in front of you additional information. Of course, accidents happen, but you should try to stay as focused as possible when playing.

5. Angle shooting is a big NO

Angle shooting is frowned upon by the majority of poker players and it is definitely poor etiquette.

Do you have a really good hand and you know that you are going to win, but you want to prolong the play? Well, this might not be that ethical in the world of poker, so think twice before you refuse to show your cards on time. 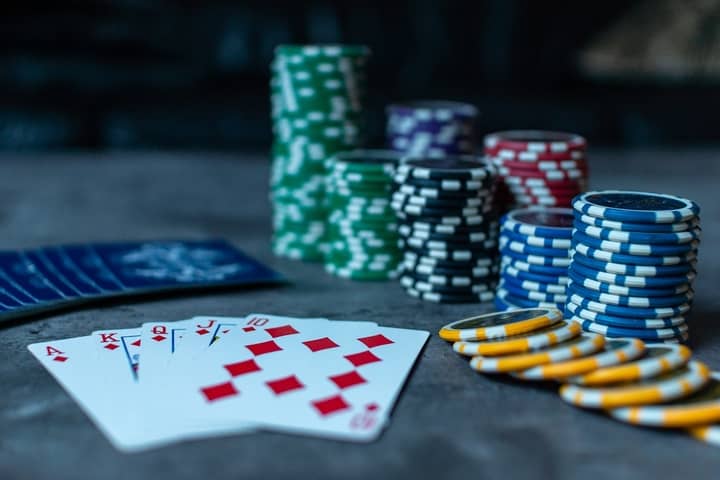 Letting other players think that they are ahead of you by stalling is called a slow roll and should be avoided when playing poker. Acting like this is considered bad manners and it can create unnecessary tension at the table.

7. Stay Focused on the Game

No one likes uninterested players who don't pay attention to what is happening on the table. This can make the game flow slower than usual, and it can also result in you acting out of turn.

If you don’t feel like playing, simply leave the table and don’t ruin the experience for others.

Being absent-minded while playing poker is bad for your results and disrespectful towards other players.

8. Talking When You Are Not Playing

You missed the hand and now you might feel a bit bored. The last thing you should do is start talking. It will distract other players and possibly affect the outcome of the hand. Moreover, it can make the decision-making process more difficult for some players.

Save the chit-chat for later and let others focus on their game. This kind of distraction is unwanted at a poker table.

Declaring your folded poker hand while the rest of the table is still playing is poor etiquette. No one wants to know such information ahead of time as it kills the thrill of the game.

The anticipation and uncertainty are two important aspects of poker, so let others experience it.

As tempting as this might be, especially if you missed out on a big hand, players should always stay silent and not give additional information about the kind of holdings they folded until the action is completed and the pot is awarded.

10. Never Give or Ask for an Advice During a Hand

Discussing and revealing your holdings with other participants is against the rules. But some people still tend to forget it and continue discussing their hand with the person next to them.

Even if there is a lot of interaction in poker, this game is about competition, not collaboration. Sometimes players who do this can be forced to fold, so you’d be wise to avoid doing it.

11. Don’t Complain About Your Hole Cards

Talking about your bad beats and unlucky situations is completely unwanted during a poker session. Listening to someone lamenting their bad fortune and crying about a bad beat are the last things you want to experience when playing.

Complaining is silly and ridiculous, and serious players will never do it. Even if many players do it, remember that such actions are not desirable.

Honestly, most players at your table don’t care. They have their own bad beats to worry about.

Trying to teach other players how to play is straight-up rude, not only to the person you are trying to preach to but to other players as they will certainly find it annoying.

Even if you are aware that a player is going down the wrong road and that they are making a mistake, keep your knowledge to yourself. If you really want, you can approach the player after the session or during a break and talk to them.

You have won (possibly multiple hands) and you are boasting around and screaming your lungs out? This is not appropriate behavior for someone who is playing poker. 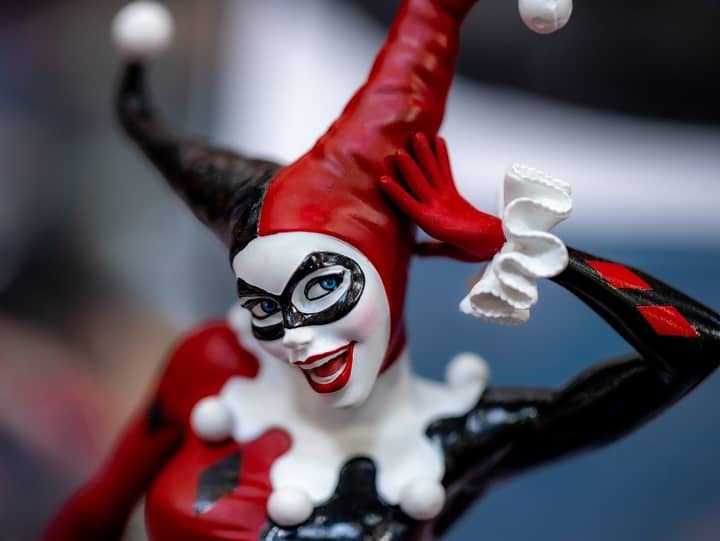 Gloating about your wins will only make you look like a showoff, and it can be disturbing for those who lost. Being happy is normal, but overreacting is definitely not.

Now That You Know…

There you have it – the unspoken rules of one of the most popular casino games ever are now at your hand. Don’t be shy about applying these when playing poker, as most of them are considered a basic courtesy.

If you want to have a great experience playing poker, you should try to accept and internalize these rules. Your fellow players will certainly appreciate it!