What to Expect from WSOP at Horseshoe and Paris Casinos in 2022? 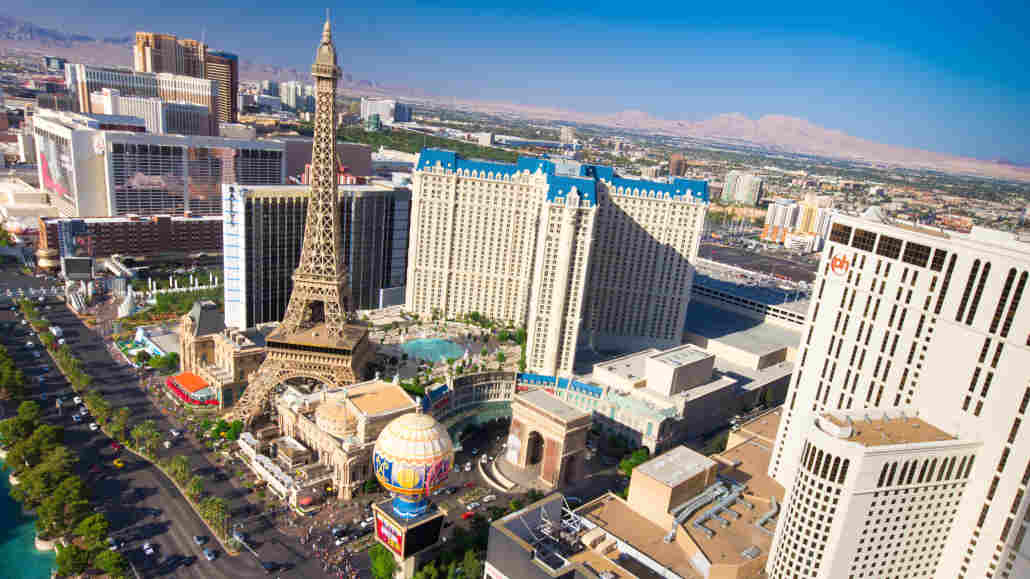 The World Series of Poker has traditionally been the most prestigious poker festival of the year and the one where the biggest stories of the poker world are made every single summer.

The coronavirus pandemic that shook the world put the Series on hold in 2020, while the 2021 edition was held late compared to earlier years, the first-ever winter WSOP.

Once all was said and done, the WSOP had some big news to share with the poker community.

Starting 2022, the WSOP will be played at a brand new location on the actual Las Vegas Strip.

The Series, which took place at the Rio All-Suite Hotel & Casino for the past 17 years, is moving to the Horseshoe and Paris

A couple of casino properties owned and operated by Caesars Entertainment.

The venue may be new for the 2022 WSOP, but the Series is returning to its usual time slot, which means we will be in for a summer full of poker action in just a couple of months.

As May 31, the first day of the 2022 WSOP, approaches, let’s take a look at what we can expect from the Series this time around and why this WSOP may just be the biggest one yet.

Before I talk about the 2022 WSOP, it’s worth taking some time and looking back at last year’s edition of the Series, which was the last one to be held at the Rio.

For some years now, many in the poker world have been saying that other than the WSOP, Rio was a place they would never set foot in for a number of reasons.

During the 2021 Series, poker pro Shaun Deeb had his room at the Rio broken into while he was in it, and this was only one of the many incidents reported there.

For all its faults, Rio was a good home to the WSOP, as the casino continually managed to host the massive WSOP events.

Yet, the registration and bathroom lines were getting too long, the rooms too stuffy, and the general satisfaction with the Series was dropping by the day.

While it is unclear if these were the actual reasons, the WSOP decided to announce that they are moving over to The Strip starting with 2022, the news was welcomed by the poker community as a whole.

Huge poker personalities like Daniel Negreanu have spoken in favor of this move, and it seems that the poker world is looking forward to the Series this year more than it has in a long time.

Where Is The Series Moving To?

The news is now official, and the preparations for the 2022 WSOP are well underway. This summer, the biggest poker festival around will be hosted by Caesars Entertainment at their Horseshoe and Paris Hotel & Casinos.

The Horseshoe Casino is actually the former Bally’s, which was re-branded in 2022 specifically for the needs of the WSOP, as this was the name of the casino that originally hosted the Series.

The new Horseshoe is a property that was built back in 1973, and it hosts 68,000 square feet of gaming space. A massive renovation is now happening at the casino, preparing it for the launch of the WSOP. 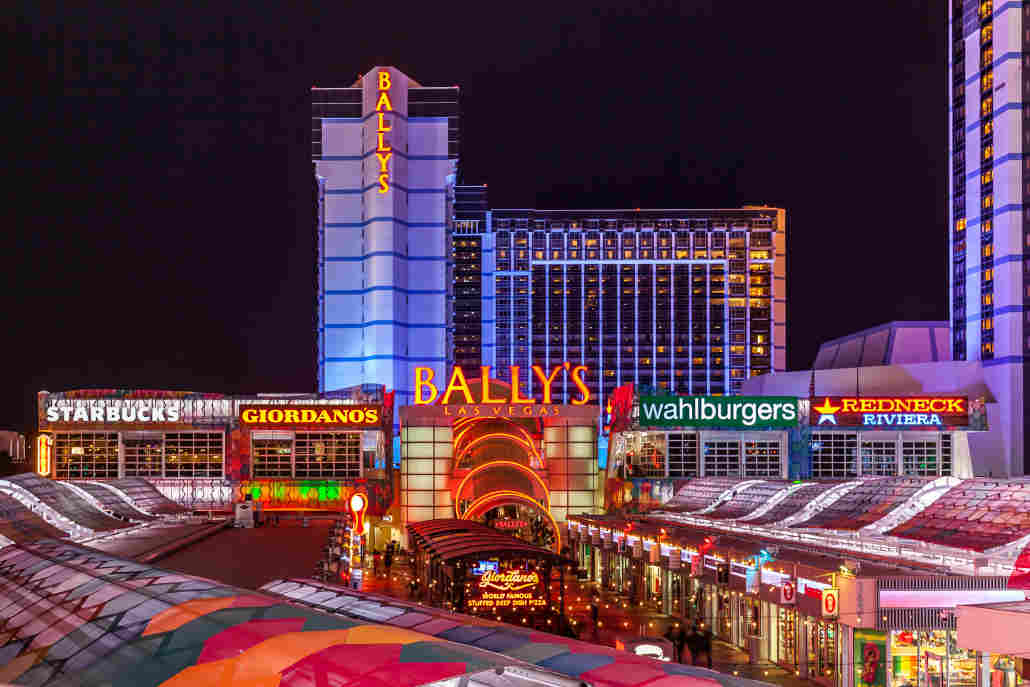 This casino will host the TV Center, the place where all the high-profile final tables will be directly streamed out of and shown on PokerGO.

For the first time ever, the WSOP will be played in two different casinos, with the neighboring Paris playing host to a number of events on its 100,000 square feet of the gaming floor.

Between the two, the WSOP will now have more than 600 poker tables at its disposal, which means close to 6,000 players can be seated and playing poker at the same time.

The casinos are even linked by the Las Vegas Monorail, which also links up Caesars Palace, MGM Grand, and other locations, making it very easy for visitors to travel between these locations.

Most importantly, the two casinos are on the Strip, right in the center of all the action. This makes them an ideal setting for an event of the WSOP’s scope.

This is not to say that Rio didn’t bring in plenty of people during the Series, but the new location will make the WSOP more accessible than ever before.

What’s On the Schedule?

The schedule for the 2022 WSOP has been out for a while now, and we know that the Series will go on in its usual time slot between May 31 and July 18.

This means we will have a month and a half of non-stop poker entertainment, with 88 bracelet events scheduled, along with several other non-bracelet tournaments.

Some of the more interesting events on this list include:

Of course, these are only a few events that I personally think will draw special attention, with the $500 Housewarming event being an especially interesting one.

This will be a very special occasion at this year’s WSOP and a way for Caesars to welcome the Series to its new home.

In addition to these, the two properties will host all the usual $10k Championship events, dozens of smaller $600, $1k, and $1.5k NLH tourneys, and everything in-between.

The high-rollers will have their appetites satisfied as well, with multiple $25k, $50k, and $100k events, culminating in a single $250k super high-roller event on June 23.

Overall speaking, the schedule does not look too different from what we are used to, but the question of player turnout will be the biggest one.

The Summer Series is Back!

The world has been in a state of chaos throughout the last couple of years, and the poker community welcomes the return of a “normal” WSOP in 2022.

The 2020 Series was an exclusively online affair, while the 2021 Series was not like itself, with the winter time slot definitely changing the dynamic.

What's even more, travel was still somewhat restricted for foreigners looking to play at the WSOP, and the pandemic scare changed the vibes of the entire festival.

The Series officials have confirmed that there will be no mask mandates or other “corona rules” this year, which means business as usual.

The usual summer time slot mixed with the new central location is a recipe for making the 2022 WSOP a spectacular one.

Reports from all parts of the poker community suggest that the turnout this time around will be bigger than last year and possibly the biggest one in a long time.

What About the Main Event?

This year, the Main Event will start out on July 3, with Day 1A of the most prestigious poker tournament scheduled for that date.

As usual, the Main Event will be a long affair, with four starting days and a whole week of poker left to play after that.

Yet, the real question is whether or not the Main Event can break its previous records now that it’s being played in a whole new casino.

To date, the 2006 Main Event that was won by Jamie Gold remains the biggest ever, with the 2019 edition edging very close behind it.

It would seem that the poker world was on the brink of breaking that record when covid-19 hit, and it will be interesting to see how many entries the Main gets this time around.

With the pandemic more or less behind us and the poker world eager to get back to business as usual, the move to The Strip could not have come at a better time.

The $10k poker circus that is the Main Event is almost guaranteed to break last year’s numbers and may very well be the biggest one yet if the commotion in the poker circles is anything to go by.

How to Play in the WSOP?

The 2022 WSOP will be played at the new location, which means the technical details of the actual registration process are still in the works.

What we know for sure is that players will be able to register for events well ahead of time and that both live and online registration will be open.

For live registrations, you will be able to pay with cash, casino chips, checks, or credit cards, with some basic identification all that’s required. 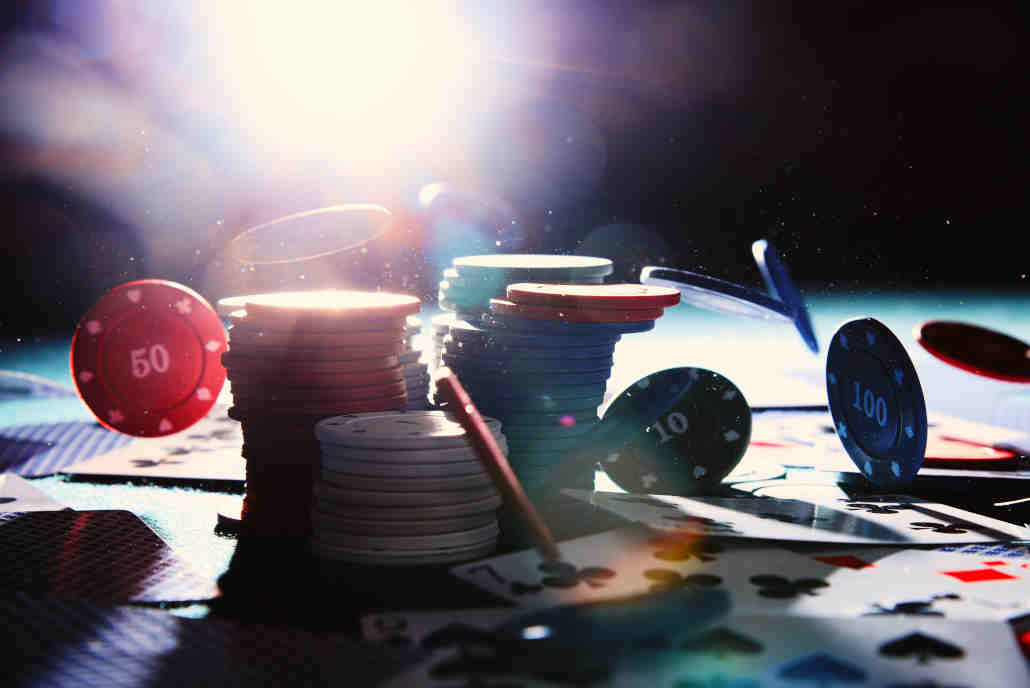 Online registration will be available through the Bravo Poker Live, but you will need to have a Bravo Live account as well as a Caesars Rewards account before you commit to playing a tournament this way.

In either case, everyone in the poker world is expecting Caesars to resolve the problem of the endless registration lines that were common at the Rio, and we shall see just how successful they will be at this.

Who Stands to Gain the Most?

Whenever big changes happen in the poker world, the question of who stands to gain the most comes to the surface.

Many times, concessions are made by the pros to cater to the recreational players, while some changes actually hurt the amateur players and profit the poker operators.

In the case of WSOP moving to a new location, it would seem that everyone is a winner, and there are basically no downsides.

Amateur and professional poker players alike will now have easier access to the WSOP as well as a festival hosted in more modern casinos.

The potential for a bigger turnout also serves everyone, including Caesars Entertainment, the company behind the venture.

The one big loser of the move may actually be the Rio All-Suite Hotel & Casino, a property that's been in a state of decline for a while and begging for a major change.

What happens to Rio remains to be seen, but as poker players and fans, we can all rest easy knowing that the move to The Strip is the right move for everyone involved.

WSOP is Around the Corner

If it seems to you like we just got done with the WSOP, that’s because we did, as the 2021 Series was very late compared to its usual schedule.

With things back on track in 2022, the WSOP is now just a couple of months away, with the first shuffle up and deal to be heard on May 31.

As the staff at Horseshoe and Paris is getting ready for what may be the biggest task of their lives, the poker world is eagerly waiting to get the cards in the air.

The coming summer is guaranteed to be one of the most eventful ones in recent years for the poker world as the newly reinvigorated WSOP looks to take poker to new heights.

The 2022 WSOP is almost upon us, and the time to start preparing for it both mentally and financially is now if you haven't done so already!