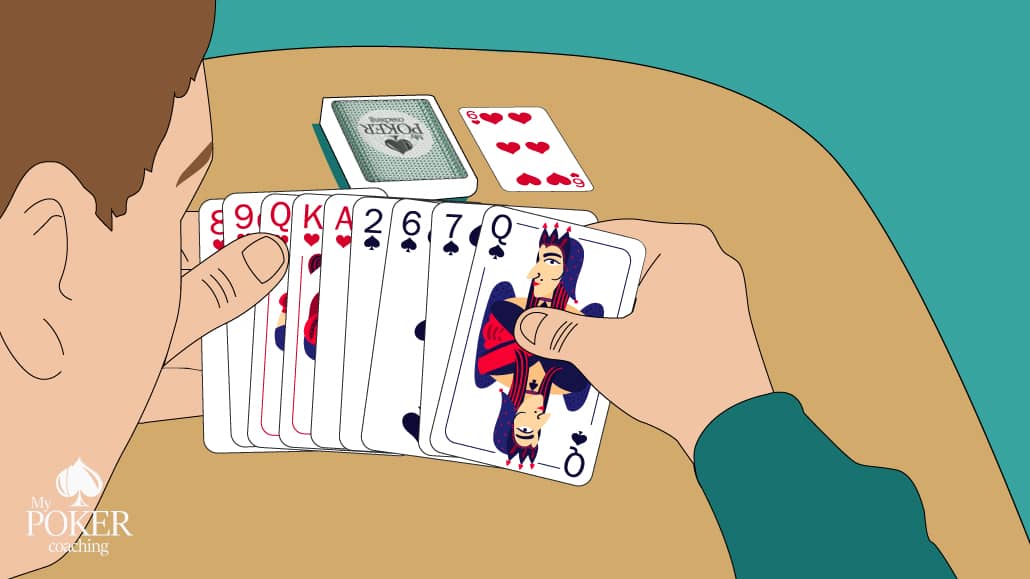 If you’re looking for a simple and fun game to pass some time, the Crazy Eights card game is a good choice.

Much easier to learn than complex poker rules, so you’ll be ready to play the game in a matter of minutes, even if you never had an opportunity to play before.

Crazy Eights is a fast-paced card game equally fitting for all age groups.

Another great thing about Crazy 8s is that it’s not very demanding in logistics. You probably have all you need to start playing right now.

If you’re looking to learn another game with cards but don’t have the time or the patience for more complex games, keep on reading. It will only take you a few minutes. 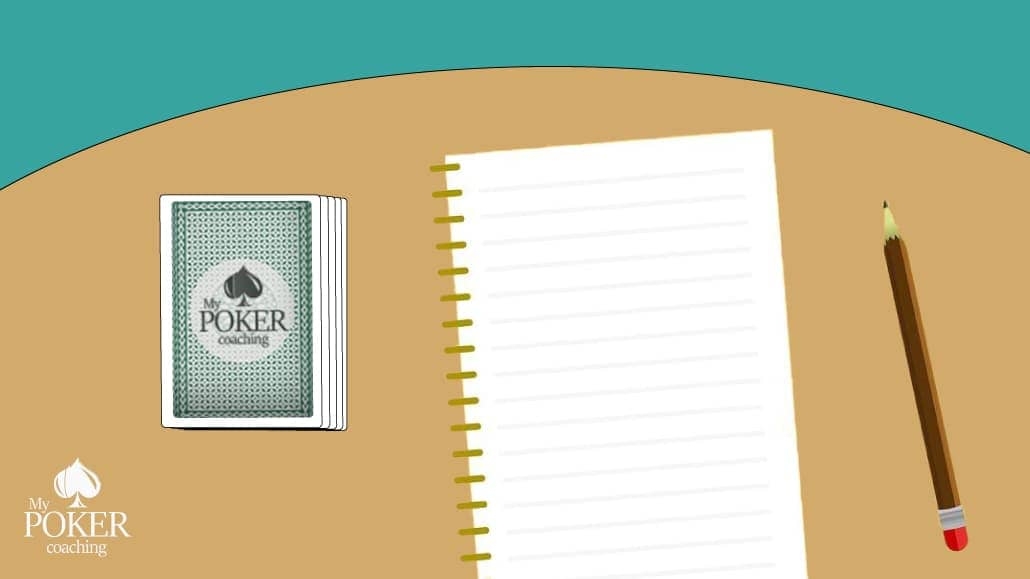 As mentioned, you don’t need much to play the Crazy Eights card game. A simple deck of standard playing cards will do the trick if you’re planning to play with five or fewer players.

If there are six or more players, you can add another deck into the mix.

That’s pretty much all that’s required to play Crazy Eights. Of course, you can also have a pen and paper ready if you’re planning to play a longer match and want to keep track of the score.

This isn’t required but can be a fun way to add some spice.

Another great thing about this game is that it doesn't require much space since you’ll be holding on to your cards for the entirety of the game. Thus, you don't need a lot of table space like cribbage, for example. 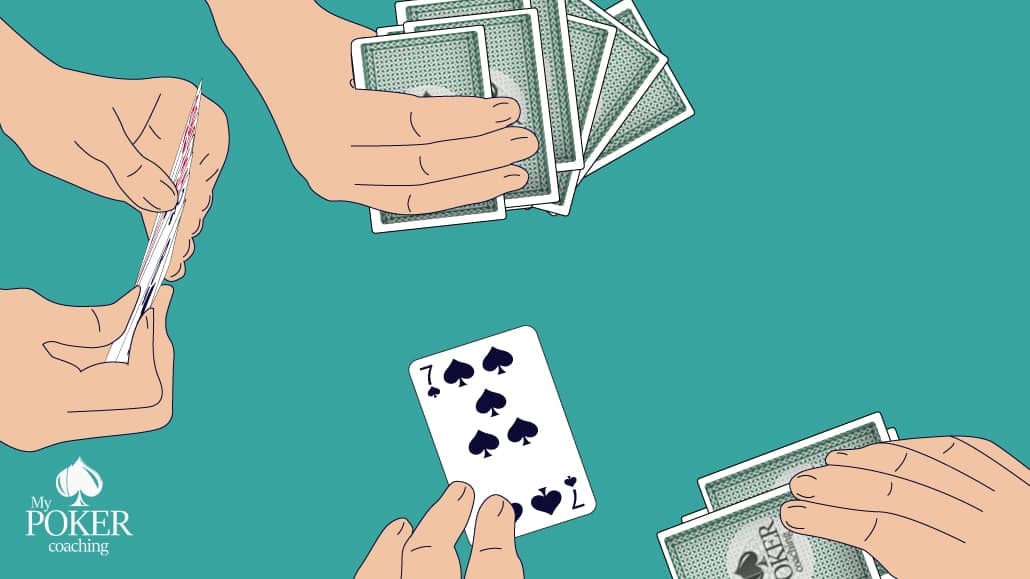 Once you have the deck ready and players seated around the table, you'll be good to go. Although not required, some snacks and drinks are always welcome to create a nice and enjoyable atmosphere for your guests.

The ultimate goal in the Crazy Eights card game is to be the first player with no cards left in your hand.

The first player to achieve this goal wins the round. The winner will receive points based on the cards remaining in other players’ hands at this time.

At the start of the round, the dealer will give each player five cards, face down. The deal starts with the first player to the left of the dealer and continues clockwise. All five cards are dealt at once instead of one or two at a time.

If the game is played with only two players, they’ll both start with seven instead of five cards. 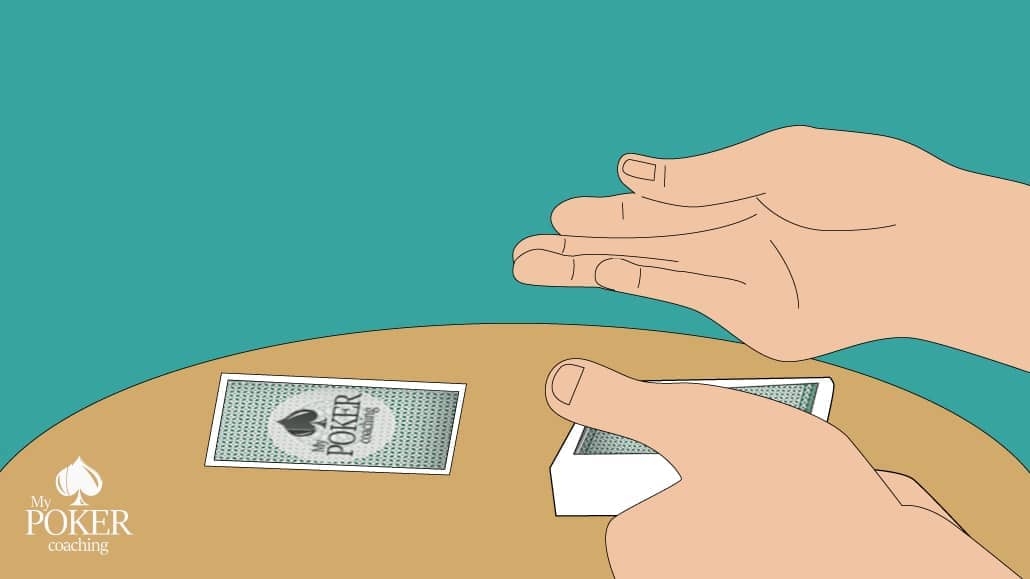 The remainder of the deck, called the stock, is placed in the middle of the table. To kick things off, the dealer will turn over the first card from the top of the deck and place it face up next to the stock, creating the “starter.”

In Crazy 8s, card values are counted as follows:

Once a player runs out of cards in their hand, they win the round. All players will show cards they have left in their hands, and the points are given according to the above system.

For example, in a game with three players: 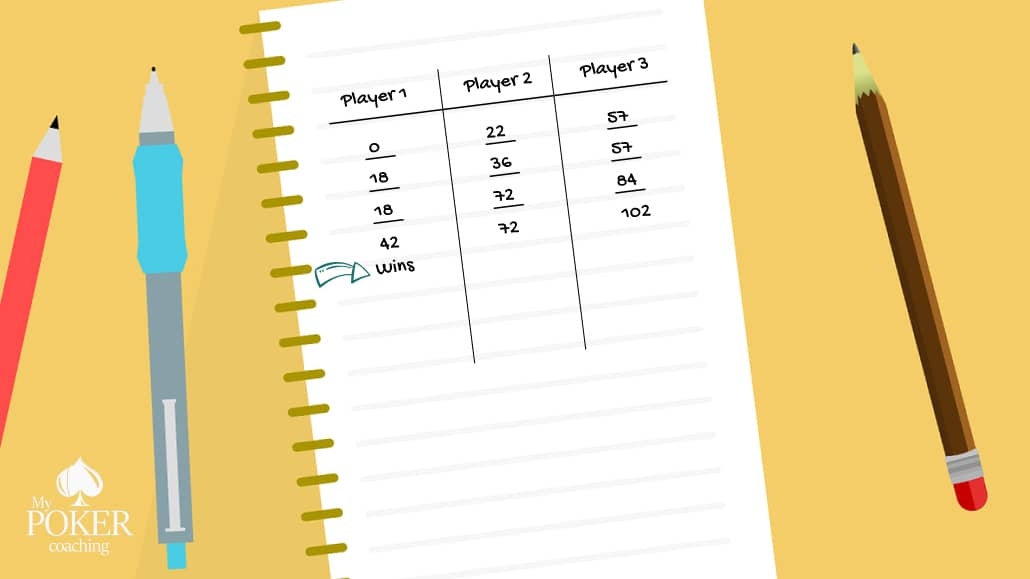 When multiple rounds are played, the goal is to have the smallest number of points when one player reaches 100 points. Every time you win, you’ll get 0 (zero) points, but that’s a good thing!

When any player reaches the 100-point mark, the game is over, and a new one can begin.

How to Play Crazy 8 Card Game

As you can see, Crazy 8 rules and scoring are very easy to learn, which is why this game is so popular in the first place. The play itself is just as simple, but that doesn't mean it's not exciting at the same time.

Once the dealer has determined the starter card, the action will begin with the first player to the dealer's left. It's important to note that if the initial starter card happens to be an eight, it will be returned to the middle of the deck, and the dealer will take the next card from the stock.

The first player to play will need to discard a card that matches the starter card in either suit or value. 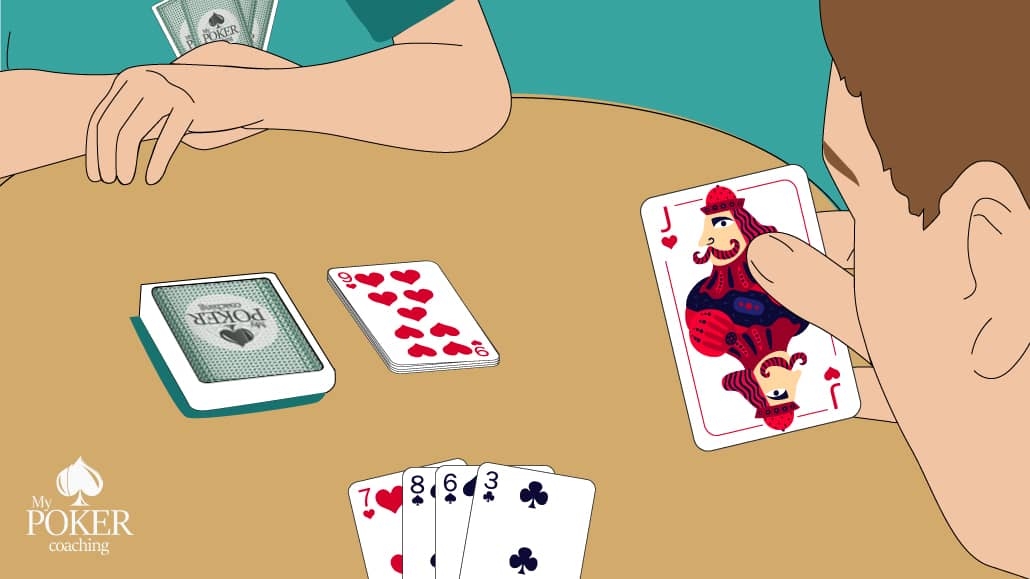 For example, if the starter card is a 9h, you can play any nine or any heart from your hand.

If you don't have any cards you can legally play, you have to draw a card from the stock and keep drawing until you eventually get a fitting card or have depleted the entire stock.

Once you make your move, the action moves to the next player, who now has to match the card you had played in either suit or value (denomination).

For example, you play the King of Hearts on top of that 9h. Now, the player must play any King or any heart from their hand.

All eights are wild, so you can play an Eight from your hand at any time regardless of the card on top of the discard pile. In this case, you get to call the suit that the next player must follow.

The play continues until one player finally runs out of cards in their hand, at which point they’ll be awarded points following the previously explained formula.

It's important to note that you're allowed to draw cards from the stockpile even if you have the matching card.

There is rarely a reason to do so, but this isn't against Crazy Eights rules. You can always draw as many cards as you like before making your play.

If you ever grow tired of the original game, there are a couple of fun variations of Crazy Eights rules that you can try out.

Double Crazy Eights is a variation that's played much like the original game except for one important difference.

Another interesting variant of the game features special cards. If you play one of these cards, you can change the direction of play or skip the player who was supposed to go next. Having these “power” cards in the deck can make the game of Crazy Eights even more exciting. 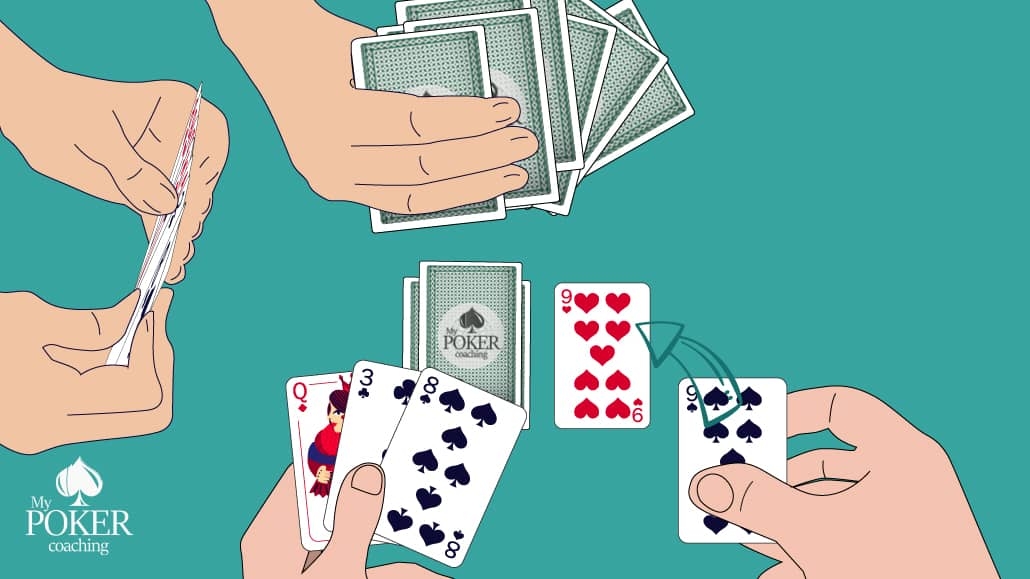 Crazy Eights isn't a very complicated game, so you won't have to study super hard to become good at it. The strategy you need to know is much simpler than the one for the Rummy card game, for example, and it is much easier to remember.

Even if you were to play Crazy 8s without any special strategy and just followed the rules, you could expect to win your fair share of games.

However, if you have that winner's mentality and want to be the best at every game you play, here are a few useful tips for Crazy Eights.

These simple and easy-to-follow Crazy 8 tips should definitely help you win more than your fair share of games.

Most people just play for fun and don't think too much ahead, so even these basic strategies will greatly benefit you.

Keep in mind, though, that Crazy Eights is a game of luck at the end of the day. You can improve your odds of winning ever so slightly, but the luck of the draw will often be the determining factor in who wins a particular round.

The Crazy Eight card game may be one of the simplest games out there, but that doesn't mean it's any less exciting than the more complicated ones.

In fact, it's fair to say that the simplicity of learning how to play Crazy Eights and speed of play are exactly what makes this card game so entertaining in the first place.

If you’re looking for a game that's easy to learn, can be played almost anywhere, and is suited for all ages, this one fits the bill.

You don't need to be a math wizard to play and enjoy it, and everyone will get their turn at winning, making Crazy Eights the perfect choice for friendly gatherings.

If you like this, make sure also to try the Go Fish card game, which is another simple yet exciting option.