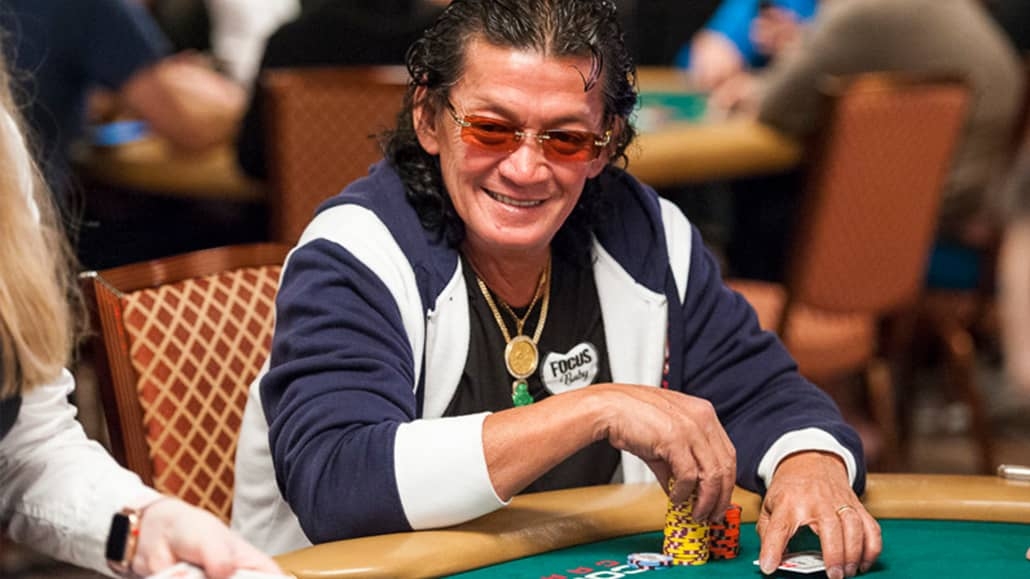 While the connection between poker and Vietnam may not be the first thing that crosses your mind, as it turns out, there are quite a few successful players with Vietnamese roots.

Over the years, the poker world has seen quite a few Vietnamese players making their way up the ranks, claiming prestigious titles, and earning a fair bit of cash in the process.

If you happen to be an avid fan of poker, you’re probably going to recognize most if not all names on this list, which speaks heaps about their success.

On top of that, most managed to have significant results not only in Texas Holdem but in games like 7 Card Stud Poker and others. There are dozens of thousands of players out there, but only a small percentage achieves this kind of fame. 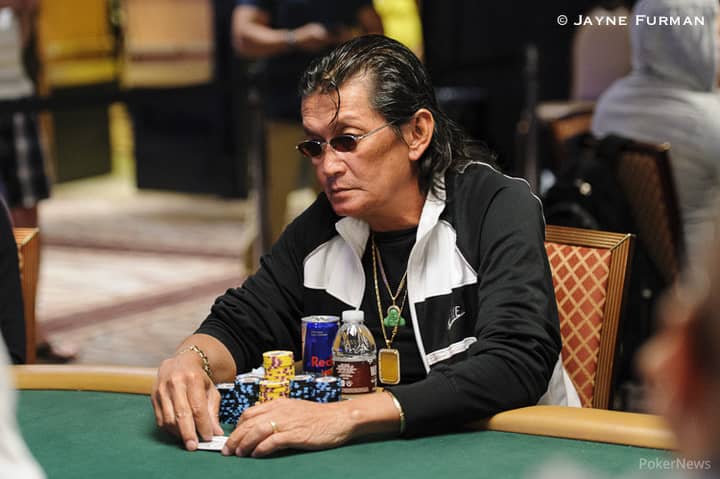 Scotty Nguyen is easily the best-known poker player from Vietnam. Scotty was born in 1962 in Nha Trang.

He left the country quite early, though, first moving to Thailand and then arriving in the USA when he was just 14.

Nguyen fell in love with poker at a very early age and got involved with underground games shortly after he arrived in California.

When he turned 21, he completed a course to become a dealer and got a job at Harrah’s. At that time, he was still a “fish,” playing and consistently losing in 7 Card Stud poker cash games, but he was determined to succeed.

It was around 1985 when things finally fell into place for Scotty. His luck turned around, and he got better, running up his bankroll playing all over Las Vegas.

However, his bad habits and love for gambling, in general, caused him to go almost completely broke. You could find him playing in mace casinos both live and online, and if you want to get a feel how ready to gamble Vietnamese players are, you can check this link M88 yourself.

But Scotty was never a quitter, and he managed to bounce back once again.

It was in 1998 that his real breakthrough happened when he managed to win the WSOP Main Event, pocketing a cool $1,000,000 for his efforts.

To this day, he is remembered for the words he used to taunt his opponent into calling on the final hand of the event: “You call, and it’s gonna be all over baby!”

This was the second WSOP bracelet for Nguyen, who won his first gold a year earlier in an Omaha tournament.

To date, Scotty has amassed $12.6 million in tournament winnings, and he is still going strong.

His career has been marked by success and controversy, but for the most part, he’s been a good ambassador for poker and had the respect of his opponents. For all of this, he was introduced to the Poker Hall of Fame in 2013, together with Tom McEvoy. 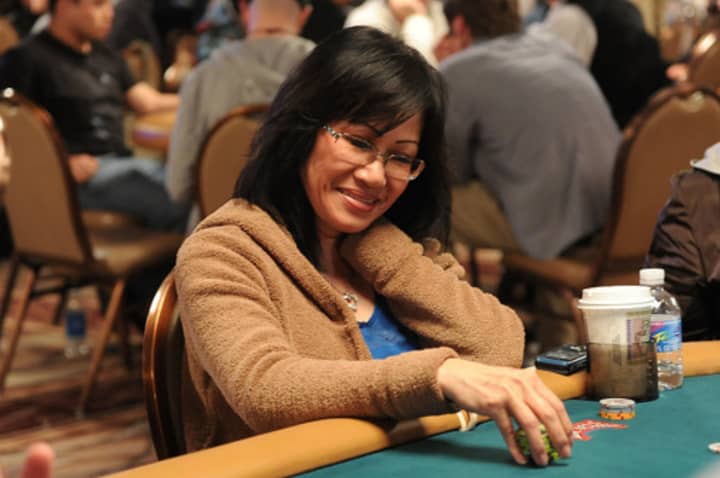 Mimi Tran is definitely the most known female Vietnamese player and one of the best female poker players in general.

She was born in 1960 and actually came from the same place as Scotty. She arrived in the US in 1982 but only started taking poker seriously in 1989 after an accident prevented her from continuing to do work in her field.

Tran was in a relationship with Barry Greenstein, and he helped her a lot to develop as a player and encouraged her to try her hand at tournaments.

She has had moderate success on the live circuit, with her biggest career result coming from a third-place finish in the 2006 WPT Championship tournament, where she cashed for over $470,000.

There is no official tracking for live cash games, so it’s hard to say how well she’s done over the years, but the fact she’s still around as well as the high opinion her opponents have of Tran speaks volumes.

Mimi Tran has also appeared on numerous poker TV shows, so we can clearly state that she deserved the recognition. 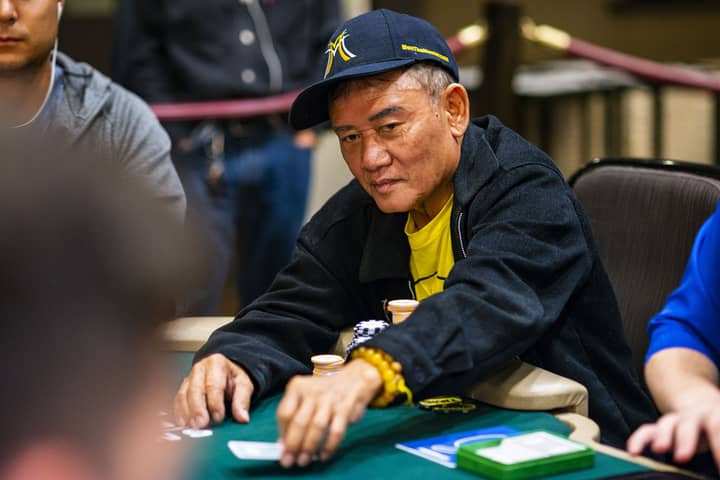 Those who have been poker fans for some time almost certainly know the name of Man “The Master” Nguyen.

He, too, was born in Vietnam but escaped the country looking for a better life. He ended up in the US and started playing poker when he was 30.

Man’s poker career certainly wasn’t a walk in a park.

Initially, he struggled a lot and was a big losing player. Just like Scotty, who is actually a few years younger than Man, “The Master” was no quitter.

He kept on playing and learning poker strategy, determined to become a successful and profitable player. Eventually, his efforts paid off.

It was in the second half of the 1980s that things started to turn around for Nguyen.

Over the span of three years, he managed to post several decent results, slowly but surely building his bankroll and climbing his way up in the poker world.

This was just an announcement of things to come, though, as in the following years Man “The Master” Nguyen would add six more bracelets to his resume as well as four WSOP rings.

It won’t be much of a surprise if “The Master” adds a couple of more bracelets to his collection before he throws in the towel. 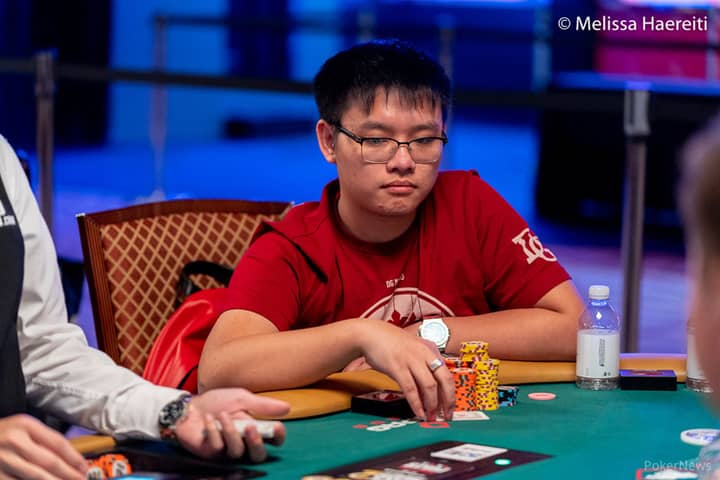 Thai Ha is another Vietnamese national who moved to the US. However, Ha is still listed as the Vietnamese player on Hendon Mob, and he is sitting firmly on top of the country’s All-Time Money list with close to $2.4 million in winnings.

Thai Ha is a young player with likely a very bright poker career ahead of him.

He was recently signed by Natural8 as one of the room’s ambassadors, and this will likely help him in his future endeavors.

To date, his biggest score came from the runner up finish in the 2019 WSOP Europe Short Deck High Roller event, where he cashed for $511,000.

Also, Short Deck Poker happens to be Ha’s favorite poker variation, so this is hardly a surprise. 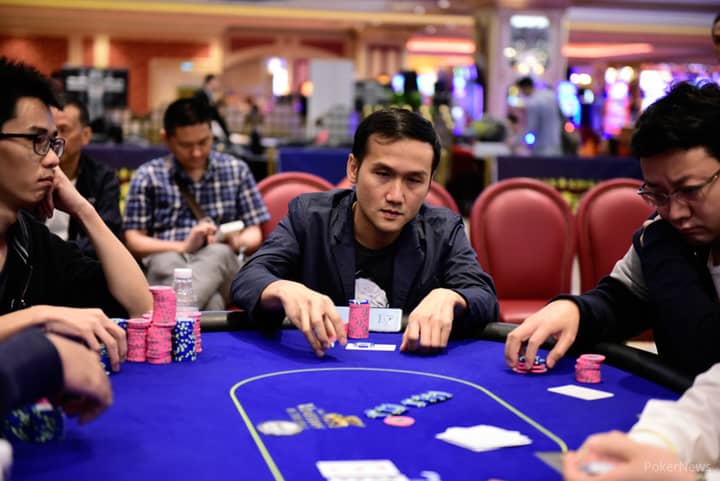 Linh Tran is another successful poker pro hailing from Vietnam, although he’s never received a lot of media attention.

This is probably due to the fact Tran prefers cash games and hasn’t had that much success in tournaments.

Still, according to Hendon Mob, he did manage to secure more than $1.2 million in live cashes, including the win in the 2016 APPT Manila Main Event.

As mentioned, he’s much more of a cash game player, and he’s been touring the world looking for juicy games for years.

His tournament results are probably not a good indicator of his real poker skills, although more than $1,000,000 in cashes is nothing to sneeze at, especially for someone who never plays in any high roller events.

Video Poker Trainer – How To Master This Game
Scroll to top